Summer: Living and Working in a Tourist Economy

“How’s your summer going?” Friends and strangers ask each other this question all the time. I get it at the bank, at the post office, on the street, and in my bookstore. So here’s a very unpoetic synopsis of summer-so-far.


It’s been a gloriously beautiful season -- not too hot, not too cold, plenty of both sunshine and rain. First cuttings of hay look good, cherries are ripening in the orchards, leaves of field corn are lush and glossy green. In our farmyard, a huge change has been wrought by the removal of what was a large, spreading colony (perhaps all clones from a single root system) of popples, a.k.a. quaking aspen. Popples would take over the north, if they had their way. You see them venturing out from the edges of woodland and forming new communities around old farm buildings and in fallow fields. Our “grove,” as we called it, pretty much surrounded the old chicken house.


Now that our view of meadows, orchards and woods is greatly enlarged, a long-neglected garden is receiving enough sunshine that I’ve been inspired to begin cleaning out grass and weeds to encourage what flowers have survived, and we’re even talking about bringing the poor old chicken house back to life. Not for chickens, though. No, I want a mobile “chicken tractor” for my poultry when I get them. The old chicken house would be -- will be -- my writing studio. At least, that’s the dream. Chickens and writing: my next career....

In Northport, at the bookstore – and on the streets and everywhere I go -- everyone is still clamoring for Ice Caves of Leelanau: A Visual Exploration by Ken Scott, with an essay by Jerry Dennis, published by Barbara Siepker’s Leelanau Press. Two boxes originally ordered for Ken Scott’s signing in May were pre-sold before the event, before the books had even arrived – and then only one box came in time for his appearance, and he had to (well, he graciously agreed to) come back again to sign books from the second box. And now we await a second printing, promised for sometime this month. And that’s all I know about a date: “sometime in July.”

Important: I am not taking any more names for reserved copies and have not since May; people on the list from May get first dibs on second printing, and after that it’s going to be first-come, first-served, with a limit of one to a customer. Please! This is the only way I can deal with the phenomenon that is the ice caves book! But never fear – there will be a third printing, and we are supposed to have books from that printing before Labor Day, in plenty of time for your holiday gift shopping!

The next scheduled bookstore event is not until August 7, when Mary Elizabeth Pope will be reading from her book of short stories, Divining Venus. The reading will be at 7 p.m. that Thursday evening. Please put this on your calendar and plan to be with us for Mary Elizabeth’s reading. It’s not only the next event scheduled – it’s the only event scheduled for the bookstore for the remainder of the summer!

In previous summers, I have sometimes put myself under enormous stress by scheduling as many as three events in a 2-week period. This year I’m throttling back. All of northern Michigan is filled with summer events! Also, in June I crowded an entire summer’s stress -- and excitement! -- into a single event, with 13 guest poets reading their work during a bookstore birthday celebration, and in a way I’m still reeling from that enormous, wonderful, crowd-filled, dream-come-true evening.

Don Lystra will be guest author at the Leelanau Township Library series on Tuesday, July 29, though, and I’ll be there to sell some books for him, relying on the Friends of the Library for organization and refreshments. Ah! Volunteers!

I promised three or four people that I would host a participatory poetry reading at Dog Ears Books and originally thought that might happen in July, but now I’m leaning toward September, thinking it might be something to tie into Leelanau UnCaged on Saturday, September 27. It makes more sense to do it then, I think, since UnCaged is all about a whole community releasing its creative spirit. So that makes my line-up Don at the library this month, Mary Beth in August, poets in September.

-- But there! I leaped ahead to September, the first month of fall, and here we are only in the second month of summer -- if you consider June, July and August, rather than simply July and August, which is more realistic as far as the northern Michigan tourist economy is concerned. And how is the summer going?

Sometimes, in the midst of it, I feel as if I’m on a treadmill. Wake up, work, fall asleep; repeat and repeat and repeat. Then, when Labor Day has escorted summer people back to their hometowns and locals ask one another, “How was your summer?” my response to the question posed in past tense is usually, “It was a blur.” It’s easy for someone who’s never had a summer-dependent business to advise taking days off, but the reality is that a retail business cannot make sales when it’s closed, and it doesn’t make sense to be closed during a short, high-traffic season that makes or breaks the business. I’m very lucky to have Bruce come in one day a week. On “Bruce days” I can stay home and catch up on laundry and housework and spend a little time out in the yard with Sarah doing something other than mowing grass. But really, doesn’t summer pass too quickly for everyone? Doesn't it for you?

Problems with transferring images from camera to laptop got in the way of keeping my photo blog updated recently, and as for drawing – well, how long has it been since I did any of that? I don’t feel very creative these days, to put it mildly.

On the other hand, while I haven’t been writing fiction or gotten very far with beginnings (?) of poems on little scraps of paper,  I spent considerable time recently drafting material for a workshop I want to offer sometimes in the the months ahead: “Should You Self-Publish Your Book? A Bookseller’s Perspective." I’ve incorporated five interactive exercises in the lesson plan, and when I find time (always summer's greatest challenge) I’ll do a little practice run-through by myself to get an idea of how much time the different sections take. My initial thinking is that 2-1/2 hours is long enough to have people sitting around a table. The next question will be, when to do it? Floating the idea out on Facebook the other day generated a little interest already, but whether summer or fall is better I'm not yet sure. Maybe two different times? 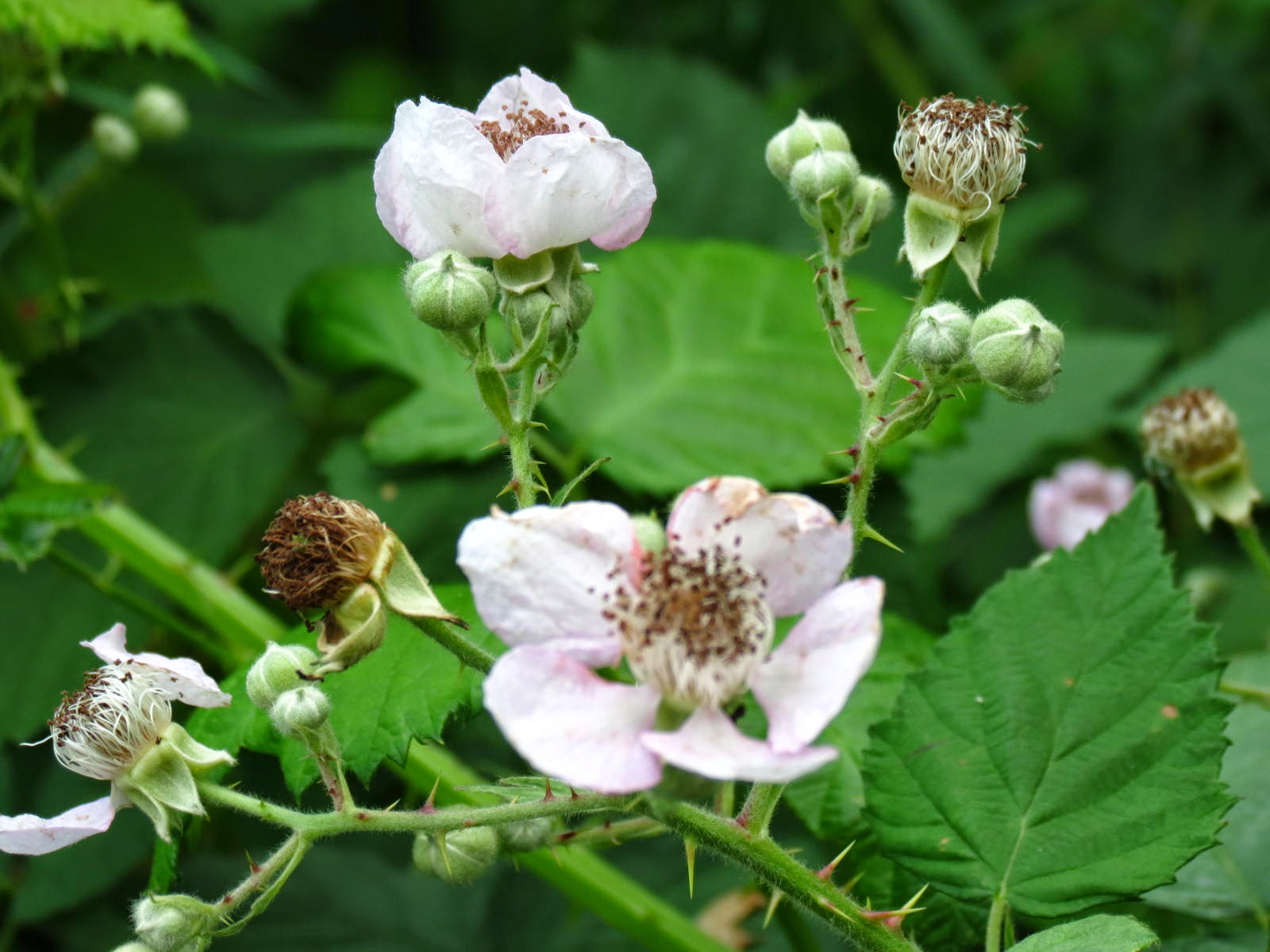 Also last Wednesday I made my first batch of 2014 jam from our own backyard strawberries. That's cooked jam, not freezer jam, but in the freezer is enough mashed pulp for a second batch, and the strawberries are still coming on strong. Wild bramble fruits are blossoming, their simple rose blooms telling of more fruit to come and more jam to make. Summer is flowing along nonstop, wherever you look. Carpe diem! 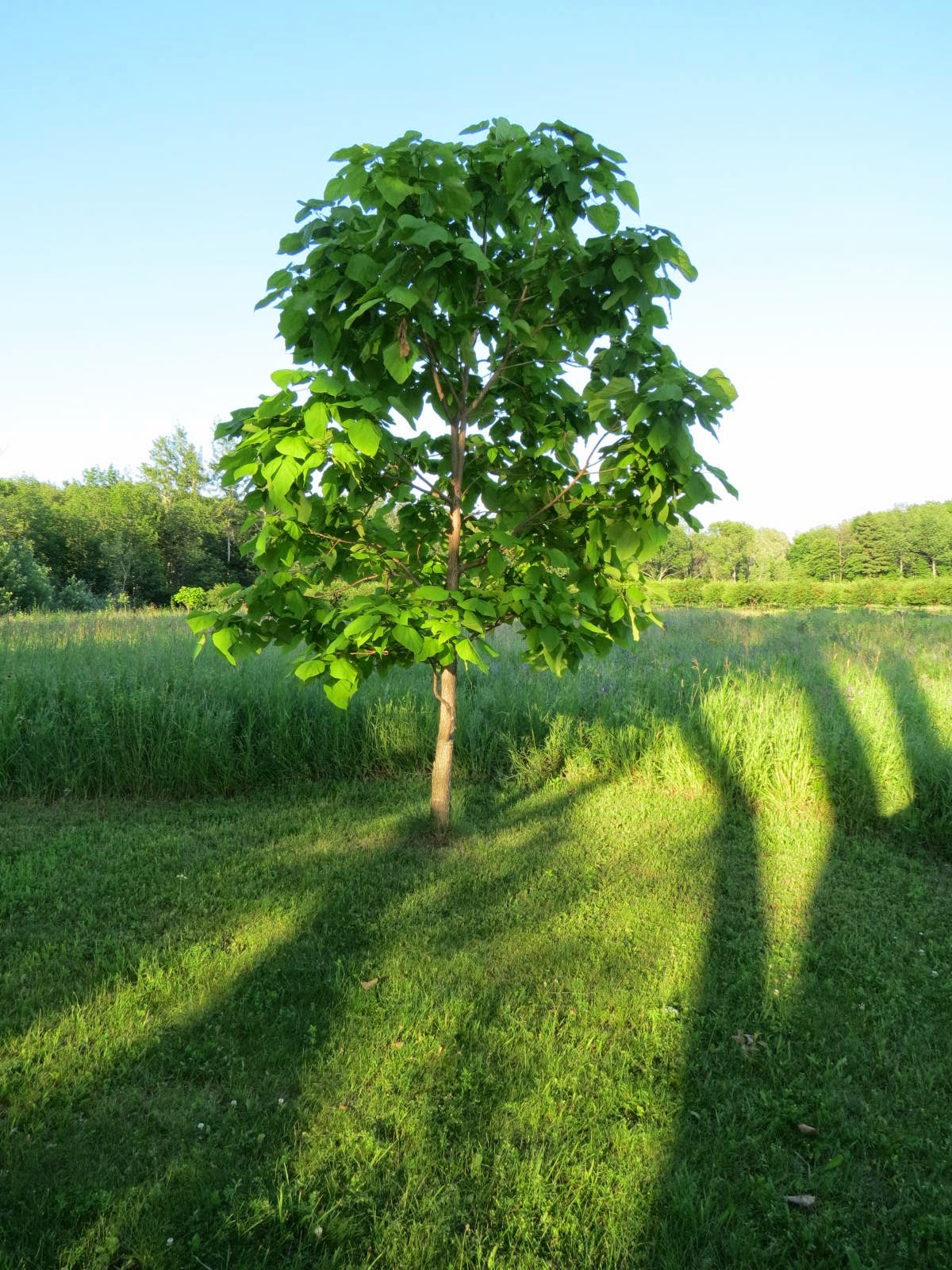 Pamela...It's great to have pictures again. All are great, but I love the one of Sarah. You can see she's heading into dreamland. And for your self-publishing workshop, count me in! I'm very interested. Karen

Karen, thanks for your encouragement on all fronts. I'll keep you posted on workshop plans.

A writing studio in the old chicken house! I hope that dream comes true. Will look forward to reading your first book.

Thanks, Kathy! If it happens, I'll be sure to let you know!