“Wordsworth in Our Very Legs” 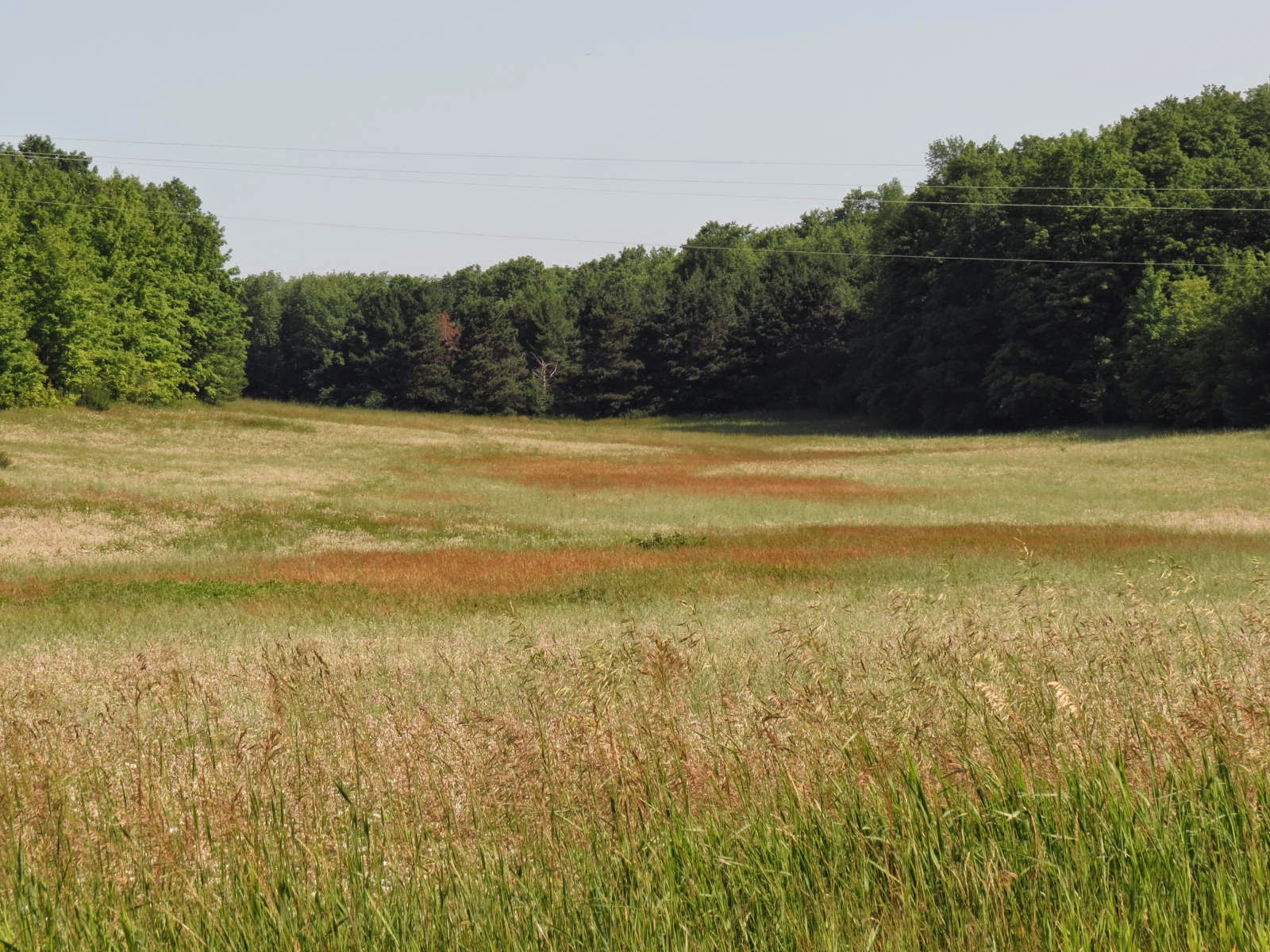 There’s so much I haven’t been able to show you lately – new sights in Northport and in the countryside – owing to technical difficulties. But then I thought, the natural world looks pretty much the same as it looked last year, so maybe I can find an old picture. It was old pictures I used recently to illustrate my post on Mary Russell’s book of Northport reminiscences. I’m still trying to work through the logjam preventing me from transferring photos from my camera to laptop and thence to blog, but for today, again, I have no new images.

What I do have is some wonderful writing to share, going back and forth as I have been doing in the evenings between J. B. Priestley’s English Journey, first published in 1934, and Bill Bryson’s Notes From a Small Island, first released in 1996. Two different worlds, in many ways, the intervening decades having wrought such changes to English cities, towns, and countrysides, but continuities and similarities, too, I find. Yesterday morning I finished the last couple pages of Bryson, so after my arduous evening of mowing I settled down on the porch once more with Priestly, at that part of his book when his travels took him near enough his home town of Bradford that he spent several days there, visiting old friends and old haunts and comparing 1930s Bradford to that of his boyhood. Here is a wonderful passage I will indulge myself by quoting at length:

...Bradford is a city entirely without charm, though not altogether ugly, and its industry is a black business; but it has the good fortune to be on the edge of some of the most enchanting country in England. A sharp walk of less than an hour from more than one tram terminus will bring you to the moors, wild virgin highland, and every mill and warehouse will be out of sight and the whole city forgotten. However poor you are in Bradford, you need never be walled in, bricked up, as a round million folk must be in London. Those great bare heights, with a purity of sky above and behind them, are always there, waiting for you. And not very far beyond them, the authentic dale country begins. There is no better country in England. There is everything a man can possibly want in these dales, from trout streams to high wild moorland walks, from deep woods to upland miles of heather and ling. I know no other countryside that offers you such entrancing variety. So if you can use your legs and have a day now and then to yourself, you need never be unhappy long in Bradford. The hills and moors and dales are there for you. Nor do they wait in vain. The Bradford folk have always gone streaming out to the moors.

Priestley’s paragraphs are long. The one from which I’m quoting does not stop where I stopped but goes on, so let’s go on with it, shall we?

In the old days, when I was a boy there, this enthusiasm for the neighboring country had bred a race of mighty pedestrians. Everybody went enormous walks. I have known men who thought nothing of tramping between thirty and forty miles every Sunday. In those days the farmhouses would give you a sevenpenny tea, and there was always more on the table than you could eat. Everybody was knowledgeable about the Dales and their walks, and would spend hours discussing the minutest details of them. You caught the fever when you were quite young, and it never left you. However small and dark your office or warehouse was, somewhere inside your head the high moors were glowing, the curlews were crying, and there blew a wind as salt as if it came from the middle of the Atlantic.

Is the paragraph finished here? It could end on that lofty note but doesn’t. It continues,

That is why we did not care very much if our city had no charm, for it was simply a place to go and work in, until it was time to set out for Warfedale or Wensleydale again. We were all, at heart, Wordsworthians to a man. We have to make an effort to appreciate a poet like Shelley, with his rather gassy enthusiasm and his bright Italian colouring; but we have Wordsworth in our very legs.

Well, there is every so much more in this wonderful old travel book of Depression-era England, but just for a lark let’s dip into our contemporary’s book and see what Bill Bryson has to say about Bradford, 60 years later.

Bradford’s role in life is to make every place else in the world look better in comparison, and it does this very well. Nowhere on this trip would I see a city more palpably forlorn. Nowhere would I pass more vacant shops, their windows soaped or covered with tattered posters for pop concerns... or more office buildings festooned with TO LET signs. ... Such life as there was had mostly moved indoors to a characterless compound called the Arndale Centre. ... But mostly Bradford seemed steeped in a perilous and irreversible decline.

Another Depression clearly hit Bradford since Priestley’s time, this more recent one doubtless brought on largely  (though this cause doesn’t seem to have occurred to Bryson) by the advent of synthetic fabrics. Old Bradford was a wool town, dominated throughout by the wool trade. Bryson does allow that “Bradford is not without its charms,” and he cites the old Alhambra Theatre, “built in 1914 in an excitingly effusive style with minarets and towers” and now “suptuously and skillfully renovated.” And he adored the film museum and the old travelogue being shown there, “This Is Cinerama.” The magic of movies!

And then it was over and we were shuffling out into the drizzly twilit bleakness of Bradford, which was something of a shock to the system, believe me. I stood by a bronze statue of J. B. Priestley, who was a Bradford lad, and stared at the bleak, hopeless city before me and thought, Yes, I am ready to go home.

What a pity Bryson did not escape to the moors!

Lest we end on a sour note, however, it’s worth following old Bill to the Lake District, where he joined friends in the Wordsworthian pursuit of a “walk” to the “fabled summit of Bow Fell, at 2,900 feet the sixth highest of the Lakeland hills.

Walkers ahead of us formed well-spaced dots of slow-moving color [wearing modern clothing made of bright, synthetic fabrics, I’m sure) leading to a majestically remote summit, lost in cloud. As ever, I was quietly astounded to find that so many people had been seized with a notion that struggling up a mountainside on a damp Saturday on the winter end of November was fun.

The weather gets worse and worse, the higher they climb, and once they lose the path and become briefly lost, but at last they reached the summit, where their party joined in a more general party:

I counted thirty-three people there ahead of us, huddled among the fog-whitened boulders with sandwiches, flasks, and wildly fluttering maps, and tried to imagine how I could explain this to a foreign onlooker – the idea of three dozen English people having a picnic on a mountaintop in an ice storm – and realized there was no way you could explain it. We trudged over to a rock, where a couple kindly moved their rucksacks and shrank their picnic space to make room for us. We sat and delved among our brown bags in the piercing wind, cracking open hard-boiled eggs with numbed fingers, sipping warm pop, eating floppy cheese-and-pickle sandwiches, and staring into an impenetrable murk that we had spent three hours climbing through to get here, and I thought, I seriously thought, God, I love this country.

Perhaps this shows that no matter how bleak the town or how wretched the weather, getting out in it energetically refreshes the human spirit. Do you think so? 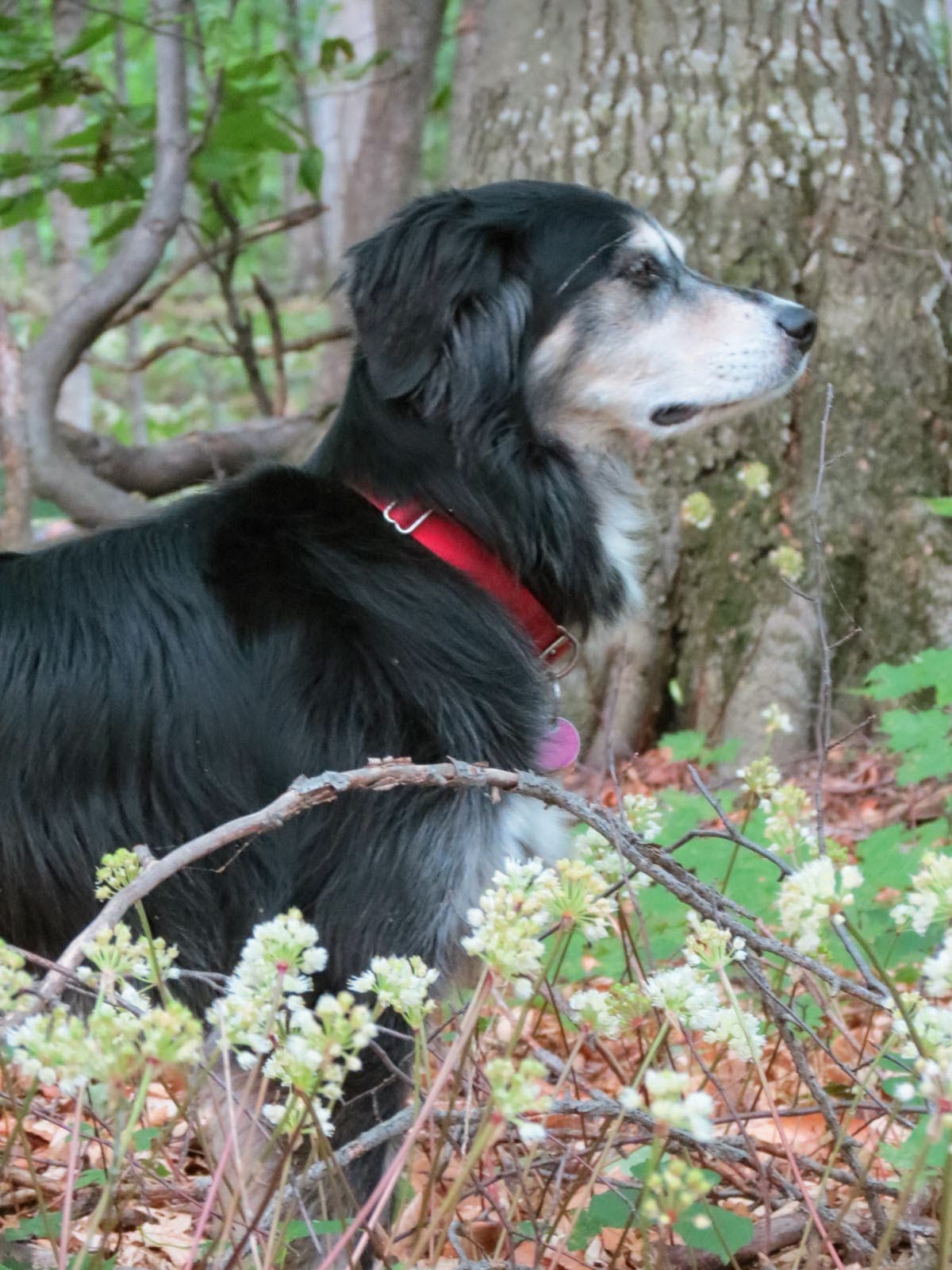 Sarah and I did not have wretched weather this morning for our outdoor play time and woodland rambles, merely an overcast Michigan sky and a mild breeze. But then, we don’t need an ice storm to take refreshment in nature. Michigan is not England. But I do think my dog and I have Wordsworth in our legs.