Reading the Miles: U.S. by Highway by Books

Anyone who’s glanced at my Books Read list lately can see a lot of vicarious living going on -- compensation, no doubt, for the road time that is usually mine in September -- but I didn’t exactly plan a long, multiple travel book excursion. Like much of my reading, it just happened.

First came a new book by Phil Caputo, The Longest Road: Overland in Search of America, from Key West to the Arctic Ocean.

Next I happened on an old Penguin paperback from 1979, Looking for America: A Writer’s Odyssey, by Richard Rhodes, pulled in by his descriptions of the Everglades in the first essay.

Then David and I both fell into Driving to Detroit: Memoirs of a Fast Woman, by Lesley Hazleton, so while he was having his turn...

... I picked up Bruce Stutz’s Chasing Spring: An American Journey Through a Changing Season.

That is, I read Caputo first, started Rhodes, put that aside to start Hazleton, began and raced through Stutz, and then went back to finish first Rhodes and then Hazleton.

The book by Rhodes, oldest of the four, isn’t really a travel book at all but a collection of essays, many of which, however, involved trips to different regions of the United States, and since these places were often some of the same ones visited by the other writers – and some of the places each of them visited were visited also in by one or more of the others – I felt I was making multiple trips, stopping more than once in the same place, only to find it was not the “same” at all because of the writers' different perspectives.

Finally, as you'll see if you stick with me through all this vicarious wandering, I came back to an old 30-year classic.

I have to begin by saying that the Rhodes, the not-really-a-travel book, was much more satisfying to me than Caputo’s road trip from Key West to Dead Horse, Alaska. Rhodes occasionally used the pronoun “we,” even mentioning his children a couple of times, but he didn’t bog down in mundane, trivial details of family travel but gave a wide-angle view with layers of historical depth of field. I could imagine myself there in the Everglades or wherever, which is what I most desire in reading of someone else’s travel. Any travel narrative, of course, is the story of the writer’s personal experiences, but too much I, I, I -- and especially too much trivial detail, as opposed to crucial detail of place and season and personal struggle or quest – comes between me and my vicarious, bookish experience, arousing my impatience. Escaping daily tedium is one of the joys of reading travel narrative, isn't it?

While Caputo’s agenda was to drive from the southernmost point in the United States to the northernmost point, just because, Stutz set out to "chase spring" from south to north, his ultimate destination also Alaska. Hazleton’s more modest destination was the Detroit Auto Show, her route beginning in Seattle but circling widely and serendipitously south and east and north. The Rhodes essays explored first Florida and California and subsequently other regions and now-historical periods of the continental United States. Hazleton and Stutz paid more attention to American culture than Caputo and Stutz, but all four registered environmental awareness. His trip was singularly important to Stutz because it followed heart surgery. Hazleton was worried about her father's heart and made almost daily telephone calls to her parents in England (where she was born).

Early in his book, Caputo writes, “Without a design, a journey becomes aimless wandering.” Mentally I bookmarked that line with my skepticism as something to come back to later, and two questions were always hovering in the back of my mind: Does a journey need a design? Is aimless wandering pointless?

What do you look for in a travel book? Do you want a basically light-hearted road trip, complete with dogs? Go with Caputo. If it’s serious commentary on environmental, cultural, and historical issues you favor, let Rhodes be your guide. Amateur birders and geologists will probably want to hitch a ride with Stutz (and I learned a lot from him).

In the end, after reading all four, I decided Hazleton was the guide for me, and anyone (this would not be me!) obsessed with the American automobile would be well advised to travel with her, too. Hers is a story to appeal to a much wider audience than “car guys,” but those guys will find plenty to love in the book. Hazleton wasn’t looking for the fastest, shortest way to get from Seattle to Detroit, and neither was she afraid to get out of her vehicle and hike trails or even to plunge into a cold mountain lake when one presented itself. There were arranged rendez-vous spots, a lot of serendipity, and one wrenching personal loss along the way, but the focus remained primarily on the road, on the countryside, and on the people she met.

One way Hazelton definitely has it all over Rhodes (whom in general I liked a whole lot) is that, with her imagination and her own experience, she can truly imagine the experiences of others, whereas Rhodes can only, as is true of far too many male writers, imagine male experience, writing therefore as if any human life experience, however far from a biological sex role or social norm, must come always in gendered form. This attitude is as tiresome as I, I, I, me, me, me. Here's how it goes: Men, men, men, women, women, women. Ugh, ugh, ugh.

Guys, I hate to break it to you, but that’s not how it is!  The experience of girls and women is not run through a filter reminding us at every moment of our existence that we are not men! That is, we do not see you men are the real experiencers and ourselves only spectators of you, you, you! So get a damn clue! Whenever as a young girl I saw a running horse or waved to a train engineer, there were no intervening daydreams in my head about boys coming between me and that beauty and power. (Rhodes imagines girls imagining the waving boys becoming the future engineers to whom they will wave. Seriously?) No, what I saw was my world. Experience is absolute, no matter whose it is.

With four cross-country accounts newly added to my Books Read list, I felt it was time to re-read the American road classic of my lifetime, William Least Heat-Moon’s Blue Highways, brought to mind by this passage from Lesley Hazleton:

...The moment I joined [inadvertently] that interstate, with its huge semis and high speeds, I seemed to have left Arizona behind and entered another world that existed only in long, straight two-hundred-foot-wide swathes. I was driving at an enforced remove from the landscape, as though someone had placed a clear, plastic tunnel over the road. The world of the interstate forced out the real world. All I could hear was traffic. All I could smell was burned gasoline. And with ears and nose assaulted, even my eyes felt dimmed.

The interstate, I realized, is an exercise in sensory deprivation.

Lesley Hazleton, DRIVING TO DETROIT: MEMOIRS OF A FAST WOMAN (1999)

The passage goes on, but anyone who knows me can hear the Yes! This was the vicarious road experience I wanted, and to prolong it I pulled out a battered paperback copy of Blue Highways.

Least Heat-Moon starts out. He doesn’t know where he’s going. He avoids expressways. He meets people. Here is a scene in a little Tennessee holler:

...He cranked up an old Edison phonograph, the kind with the big morning-glory blossom for a speaker, and put on a wax cylinder. This will be ‘My Mother’s Prayer,’” he said. While I ate buttermilk pie, Watts served as disc jockey of Nameless Tennessee. “Here’s ‘Mountain Rose.’” It was one of those moments that you know at the time will stay with you to the grave: the sweet pie, the gaunt man playing the old music, the coals in the stove glowing orange, the scent of kerosene and hot bread. “Here’s ‘Evening Rhapsody.’”

Reading my notes of the trip – images, bits of conversations, ideas – I hunted a structure in the events, but randomness was the rule. ... [L]ater that afternoon, a tactic returned to me from night maneuver training in the Navy: to see in deep darkness you don’t look directly at an object – you look to the left; you look at something else to see what you really want to see. Skewed vision.

Aimless wandering and serendipity remind me of what David and I remember as "the scary place," a tiny mountain hamlet perched high at the end of a narrow, climbing road, a place we never would have gone had we known ahead of time how frightening would be the ascent -- and, even worse, the turnaround to descend -- or if we had stayed on major expressways while driving from Avignon north. But we didn't stay on the main roads, and we had no reservations anywhere, so we have a vivid 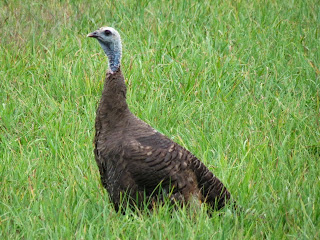 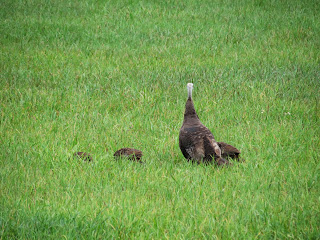 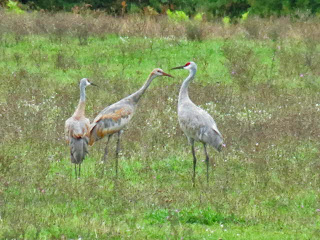