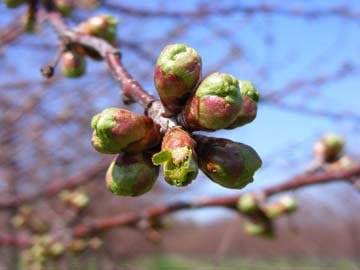 Long, long ago, when some big high school assignment was given that would require months of research (something like Northport’s senior project requirement), one of the first impossibly large topics I grabbed at was that of time. (In the end, the topic I chose was language, another impossibly large topic but one that prefigured, by many years, my doctoral dissertation.) Time, the sea in which we live, has always had a grip on my imagination. Not, of course, vice versa: it is ever-present but elusive. We are in it and of it and yet cannot grasp it.

A friend has been reading arguments in physics over whether or not time “exists.” Some say yes, some say no. My feeling here is that the question is wrong—or, should I say, ill-formed?

One of my favorite movies is “Back to the Future.” Another is “Groundhog Day,” another “Slaughterhouse Five.” Three very different imaginative treatments of time as traversable simultaneity. I am Bergsonian, and for me time travel can only be science fiction. And yet, since our minds are not bound to the moment but much more often, in Heidegger’s terms, lingering or leaping ahead, in another sense we are always traveling back and forth in our element.

This morning I was reading Robert Grudin again. His book, Time and the Art of Living, is written in a staid, flat-footed, academic style (that is only an observation, not a criticism), through which his mined insights glow like uncovered jewels. Opening the book at random this windy, overcast morning, I found a paragraph asking the reader to imagine possessing what Grudin called ‘temporal parallax,’ the ability to experience time from two separate moments, in the way our binocular vision allows us to merge what our two eyes see into one three-dimensional image. It strikes me that this is one way of expressing the point of a short story I wrote Sunday morning, a story rich to bursting with meaning for me (if no one else) but one in which, I must admit, nothing “happens.” The omniscient narrator is possessed of temporal parallax, and it is in that vision of joined moments, one from youth, the other from middle age, that the meaning resides. Grudin remarks that

Visions of this sort are impossible for us in the body, which demands that we view time as if through monocles. Less so in the mind’s eye which can, through memory, reason and imagination, reconstruct the missing dimensions of phenomena.

My story began with a memory. Reason, working through imagination to construct the temporal merging, gave me a new understanding. It is very mysterious, this business of writing and how one can say things not previously understood and, in saying, come to understand them. To foresee the cherries in the blossoms not yet open, to recall the blossoms in the bowl of fruit, all of it merged into one vision—that is what’s on my mind this morning. The image at the top of the post is from yesterday.
Posted by P. J. Grath at 5:01 AM

Time is interesting, but confusing (for me, if I think about it too deeply!)

I find the time-travel aspects of Heroes thought-provoking, when Hiro meets himself from other times. (Do you ever watch Heroes?)

I suppose if time-travel was literally possible, it would cause chaos.

I don't know Heroes. Is it a TV show? Another movie I didn't mention is a documentary of the physicist (he said he went into theoretical physics so as not to be constrained by facts!) Stephen Hawking. At one point in his career he was speculating on whether or not time would reverse for someone going through a black hole. His grad assistant couldn't get the result Hawking wanted, and H. finally realized he had made an error in his math. The animation for this segment of the film showed someone going through a black hole and growing younger, returning to babyhood. My question was, where's the mother's womb? How can the baby return to that if his mother didn't also go through the black hole? Etc. But maybe I just don't understand enough to be as confused as I should be. That's a possibility.

Various writers have claimed to be the first to have said: "I don't know what I think until I write it."

I don't claim to be the first! And it is not a description of everything I write, but when it does happen it is surprising and delightful and very mysterious.