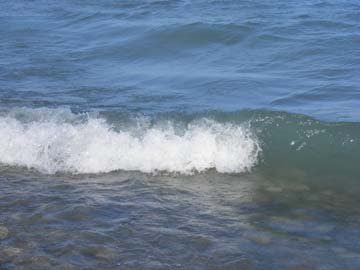 Traverse City writer Doug Stanton’s first book, In Harm’s Way, the story of the sinking of the USS Indianapolis near the end of World War II, spent months on the New York Times best-seller list. His new book, Horse Soldiers, about a very unusual special forces operation in Afghanistan, is a 21st-century story--with a big difference: The soldiers in this true story really do go to battle on horseback, 19th-century style. If you need still more reason to want to read Horse Soldiers, consider the testimonial of a female bookseller who never reads Dean Koontz, Clive Cussler, or any of those other “guy” writers. This is definitely a “guy” book, and I’ve been reading it poised on the edge of my seat, thoroughly engrossed, picturing every scene in my head as the story unrolls.

Now there were some 600 men on horses and on foot moving out onto the plain, readying for battle. They remained screened from the Taliban’s view by the hills. Dostum couldn’t believe his luck that they hadn’t been discovered. The enemy was just a half mile away. He and Nelson rode several hundred yards to a rock promontory and beheld the spectacle.

Using his radio, the excited general began directing traffic. First, 100 riders lined up behind the first hill. And then a second hundred on foot positioned themselves behind the second hill. Soon they were spread in six lines behind six hills, the horses rearing, the men shouting, cracking whips. The dust they raised drifted above the battlefield, and Nelson wondered if the Taliban could see it.

If you need a review from somewhere other than Michigan, how about the New York Times?

After a bit of reflection on the question, I’ve decided to make Still Alice, by Lisa Genova, my recommended fiction choice for May. I’ve already written about this novel, but it wasn’t the topic alone, Alzheimer’s disease, that drove my choice. When I mentioned this novel to a group of friends recently, all groaned loudly, not wanting to consider such a “depressing” book. I wouldn’t characterize it as depressing. The losses Alice faces and endures are very real, and no one would choose them, but through the inner life of this very believable, very sympathetic character, we come to a new appreciation for the experience of those afflicted, and Genova is a neuroscientist, so the background knowledge she brings to fiction-writing is no big surprise. It is, however, her characters that make this book worth reading as a novel. Alice and her husband, their son and two daughters, seem like people I know, people in my life. Anyone who reads this book will be glad, I think, to have made friends with Alice and will be happy for this family’s victories in the face of loss.

Sarah and I braved the wind this morning and returned to the rocky beach at Peterson Park. For those new to rock-picking and wanting to turn up Petoskey stones, this terrain that can be fruitful, but spotting what you’re looking for isn’t easy. Is there a Petoskey in this picture? 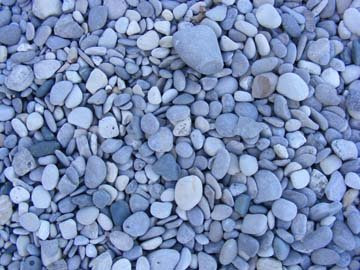 One way to make the hunt easier is to go down to the waterline. 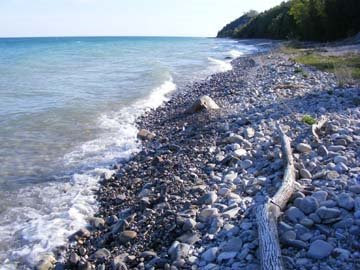 The markings of the fossil coral are much more easily scene when the stones are wet. Another option is to carry a small plastic pail, fill it with water, and carry it back to pour over a pile of dry stones. The truth is that you don’t have to be on a beach to find Petoskeys, since this whole area was underwater at the time the little animals were alive. 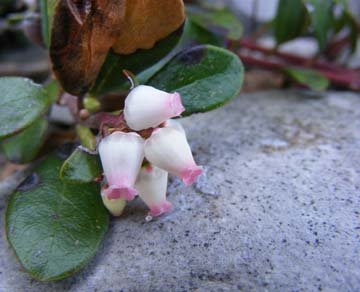 The perfect Petoskey stone did not present itself to me this morning, but then, as is often the case, I did not conduct a relentlessly focused search, either. I’ve written before about my potluck attitude to life. Whether it’s a salad luncheon or a bookstore discovered while traveling, a hike in the woods or a stroll on the beach, it pays to be open to surprises. Away from the waves, up near the treeline, I found a few tiny bearberry blossoms, resting on a flat rock, still white and pink in the shade, and out on the water, bobbing on the waves, a flotilla of brave little ducks. (It would have been a shame to miss these sights by looking at nothing but stones.) I did come away with a nice Charlevoix stone, anyway, which I've learned to identify thanks to the Lake Michigan Rock Picker's Guide. 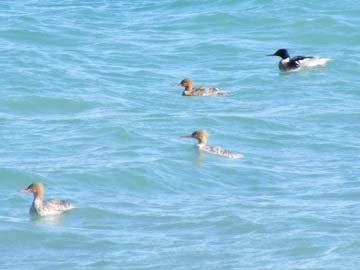 All books mentioned in this post are available at Dog Ears Books, 106 Waukazoo Street, downtown Northport, just north of the Drive-Thru BBQ.
Posted by P. J. Grath at 8:53 AM

The first photo makes me want to jump right in the water.

I agree, Deborah, that the water looks inviting, but I didn't even get my feet wet--not this early in the season!