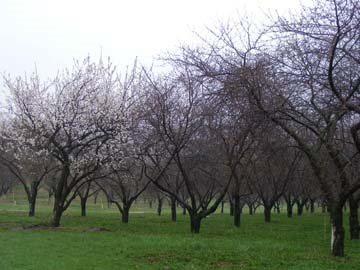 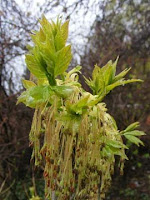 ‘Sensation,’ not ‘sensational,’ please note. I’m not thinking of Gothic novels or vampires. Take the basic idea of a series, such as 2,4,6,8,10, but instead of numerical intervals, use a general group of sensations, such as rich, smooth & mellow. Build a series within this group, using the general categories fruit, vegetable, wind instrument, string instrument, I formulate a more specific series: avocado, eggplant, French horn, cello. (Do you accept eggplant as a vegetable? If not, substitute.) The germ for this idea came from an acting book I read for a class long ago, in which the writer of the book suggested thinking of a character to be played as a vegetable, and he suggested Juliet’s nurse might be thought of as an eggplant.

Suppose instead of rich, smooth & mellow, one began with piquant, light. Then the general categories might yield as specifics sugar peas, lemon, piccolo, lute. If each series were continued with an oil, the RSM series might include olive oil, the PL series grapeseed oil. How might each series continue with a flower? A dog breed (or just an animal?) A poet or novelist? The possibilities of this game are endless. With more than one player, the possibilities for argument are endless, too, so play at your own risk.

It is a rainy day. I cannot complain. After all the dry weeks in Florida, where drought-stricken pastures seemed they would ignite if looked at too long or too hard, the damp green of Michigan spring is a relief. And what better book to begin today than The Gift of Rain, by Tan Twan Eng?
Posted by P. J. Grath at 9:03 AM