Still Among the Living 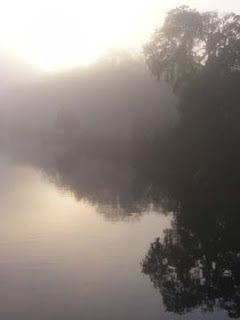 I left my travel tale last night with the Saturday evening before the inauguration, the night of our arrival in Suwannee, Florida. One of the many wonderful things about having a dog, whether at home or on the road, is that someone has to get up early to walk the dog, and that person sees each morning at its freshest. Mysterious, magical fog clothed Suwannee on Sunday morning as Sarah and I explored, each of us in her own way. I used mostly my eyes, she mainly her nose. 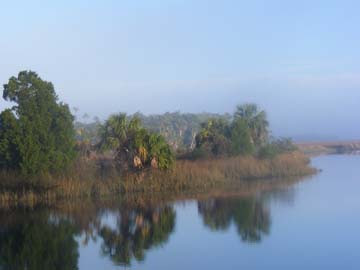 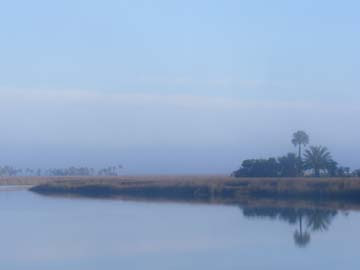 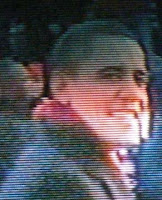 I’ve already mentioned our excursion to the flea market that afternoon, and Monday was mainly a day of R&R, rest and recuperation from a week on the road, and Tuesday, of course, we were glued to the television most of the day!

Ordinarily, David and Gene would have been all for getting a boat in the water on Wednesday and exploring Gene’s network of “cricks” off the Suwannee River, but the temperature had gone down below freezing again the night before, and the day was not going to be a warm one, so Gene proposed a driving day instead. Of the many small towns we passed through and poked around, some were particularly memorable. One of those was tiny rural Evinston, Florida, with its old, old post office and store (unfortunately not open when we stopped by). 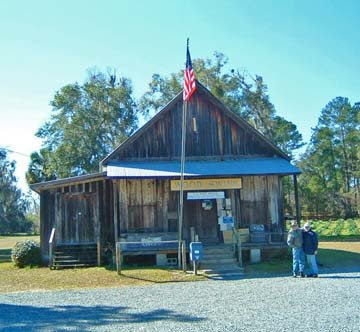 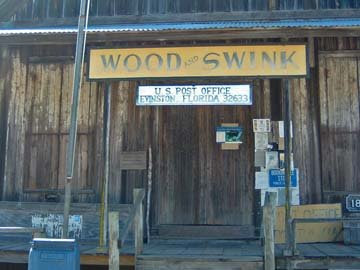 The next place we got out to walk was the home of author Marjorie Kinnan Rawlings at Cross Creek. Here is the writer’s house, her maid’s house at the back of the property, and a rescued fighting cock, its comb and wattles missing. This poor rooster had a hard life before finding a place of refuge—and a mate!--at this Florida state park, and as he is still among the living, I guess I paid more attention to him than to the human beings who used to live here. 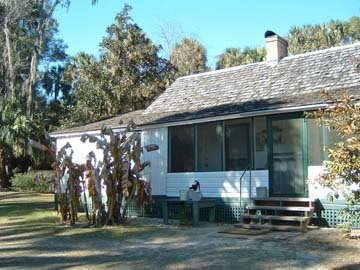 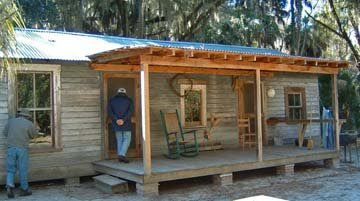 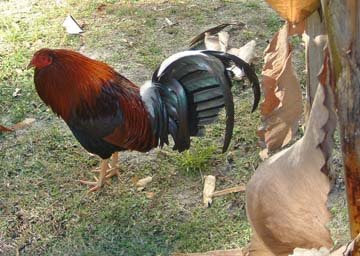 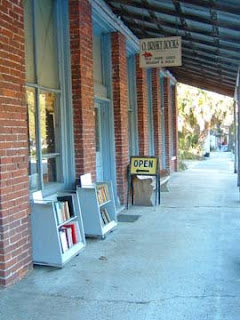 Micanopy, Florida, a town we remembered well from three years ago, made us happy again, chiefly because O. Brisky – Books is still among the living! Micanopy is a little gem of a small town, full of beautiful houses and gardens, but Brisky’s is a treasure trove unusual in these days, the inventory covering specialty areas in entomology alone breathtaking. Among other purchases, I found two Farley Mowat titles and am well into his autobiographical work, Born Naked. I was the best customer of the day, the proprietor told me, and knowing well how much that means to a bookseller, I was happy to have brightened his day. Gene and David also bought ooks. The place had us all in a state of frenzied excitement (okay, especially me!), and we went away deeply satisfied. By the way, from the look on his face, you’d think I had not asked before taking this picture, but indeed I’d been given permission, and this was the pose I got. 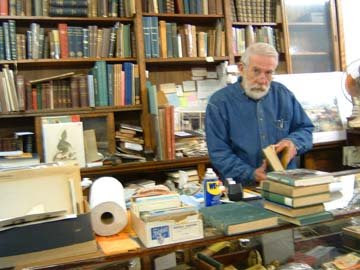 It must be said that Sarah got into a little trouble during our time in Suwannee. On Wednesday morning, when Gene suggested a good place for her to run around off the leash, the little mutt ran around as directed--and then waded right into the Suwannee River, coming out stinking! And did she learn? Oh, no! Thursday, just as we had the car all packed up to leave and were throwing a toy around Gene’s yard for her to chase, the minx took it into her head to explore down to the water at Gene’s dock, on one of Suwannee’s many small canals. Unfortunately, it was very low tide. Never in her life had Sarah encountered muck as deep and stinky! She sank up to her chest (we pieced the story together afterward from the evidence), and when she climbed out and came running toward us, even she seemed disgusted. 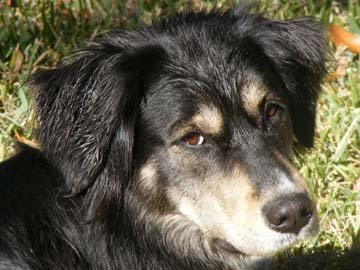 A hose was required, and drying-off time in the sun. David and Gene decided to leave us and walk to the café. I used the time well, however, reading my New York Times from the day before, which was, you’ll recall, the day following the inauguration, hence a very special issue. So instead of having my nose out of joint at being left behind, I was in glowing spirits when the guys returned. David and I then said our fond farewells to Gene and turned our noses south, back on Hwy. 19 again. 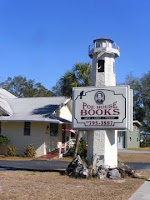 When we were last in Florida, three years ago, there was a wonderful little used bookstore upstairs in a big, beautiful old house in Crystal River. Would it still be there? No, it wasn’t. That was the bad news. The good news was that Poe House Books is still in business, just down the road and around the corner on Hwy. 44. Another bag of books for the car but, more importantly, another good independent bookseller with his shop open six days a week (closed Sunday). 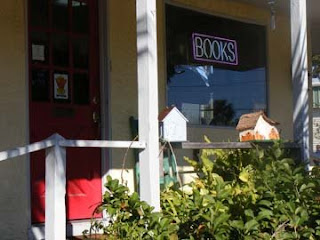 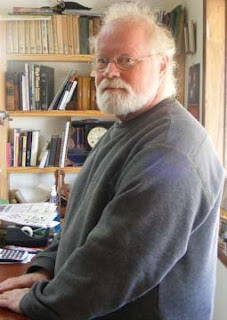 There are two more booksellers from our old list that we’ll be looking for in this neighborhood in the days to come. Will we find their shops among the living? I certainly hope so.
Posted by P. J. Grath at 4:58 AM

What a lovely travelogue, P.J.! You and your folks sure know how to live -- morning walks, reading time, small towns, and bookstores all along the way. Thanks for the journey!

Don't forget the smelly dog part. "She stinks!" was a comment I heard two dozen times yesterday after her dip in the mud. But we are very fortunate in having friends to put us up, making this time away possible. And hey, I was just on your blog while you were on mine! Were you all in tears Tuesday at the bookstore? I loved the idea of the display of books important to Obama. Thanks for that!

I love the misty morning! As you say, something one would maybe not see if not for dog walking! Some of my best outdoor memories are of the very early mornings - extremely early in the summer(!) to see the sun rise. One's canine friends never seem to object to being woken early to go out ...

Glad to see these bookstores. May they prosper!!

I love sunrise and am always sorry if I sleep past it and miss the magic.