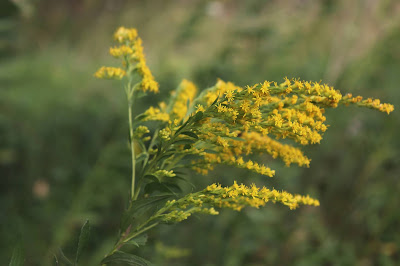 It’s hard to say where my most recent reading trips into the past began. Maybe with Carol Anderson’s White Rage, a detailed history of race relations in the U.S. from the Civil War forward. Then I went back to the beginnings of the Civil War, reading Bruce Catton’s The Coming Fury, the first book in his centennial Civil War trilogy. Colson Whitehead’s Nickel Boys (fiction) and The Compton Cowboys (nonfiction), by Walter Thompson-Hernandez brought me into the 20th and 21st centuries, before Margaret Walker’s novel, Jubilee, and Isabel Wilkerson’s nonfiction history titled The Warmth of Other Suns took me back again into the history of my country, to remote corners where ordinary people yearned and clashed and misunderstood one another and projected their fears onto one another out of ignorance and misunderstanding.

(– As we continue to do today, I can’t help thinking, present intruding into my reading of the past.)

If Walker’s Vyry had been an actual person rather than a fictional character, she might have found her way into Wilkerson’s book, although only peripherally, since she was one who stayed rather than joining the Great Migration north. Be that as it may, she seems just as real as Ida Mae Brandon Gladney, a woman Wilkerson writes of so beautifully, who when a girl in Mississippi had no concern for shades of darkness or lightness in her suitors:

…One color of wildflower was no better than another to her, so she made no distinctions whatsoever. She had a way of looking past the outer layer of people and seemed to regard everyone she met with a kind of searching intensity, as if this were the first person she had ever seen.


Imagine being the object of that kind of attention! No wonder the elderly Ida Mae was so beloved in her Chicago neighborhood, with everyone, even those who made their living outside the law, looking out for her health and safety.
On the other hand (back again, as back and forth my thoughts travel), Margaret Walker’s Vyry finds that color complicates her life from the beginning in a more complicated than way than usual, not only because her mother is black and enslaved -- that would be bad enough -- but additionally because her father is the plantation owner who owns her mother. Added to that, the plantation owner’s lawful wife has a daughter the same age as Vyry, and the two girls are so similar in looks that a guest once mistakes them for twins, ensuring that Big Missy, Lillian’s mother, will hate Vyry forever. Later in the story, it is because Vyry can be mistaken for white that she overhears conversations (during the Reconstruction period in the South) that alert her to the dangers she and her family continue to face from fearful whites who hate and resent the former slaves and few free blacks among them.

Anyone tempted by the notion that the South’s secession from the Union and the ensuing war was not about slavery needs to read the story of the two Democratic conventions held in 1863, told in detail in Catton’s The Coming Fury. 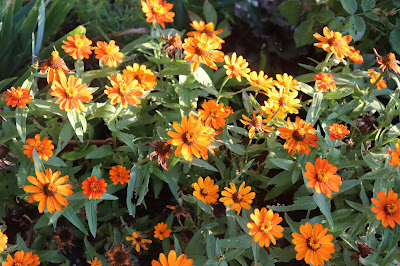 Terrible things happened in our country’s history, as conquerors of the land gained mile by bloody mile, and yet somehow I can more easily face the “sins of our fathers” than the current anguished divisions, probably because the people of earlier centuries, killers and victims alike, are no longer in danger, while it feels as if everyone today is endangered, simply by being alive on earth. Threatened by viruses, by fires and floods, and by human-on-human violence, both physical and emotional. Hate erupts between strangers on a daily basis. “Go outside,” some advise, claiming that nature will heal our souls, but there’s no leaving home right now even in beautiful northern Michigan without being confronted by forests of political campaign signs, and it is very hard to look away and not read each one, very hard not to see our own neighbors (because we are not seeing the people, only their yard signs) in terms of friends and foes – not because we want to go to war with our neighbors but because all of us (on both sides, I’m sure) feel our country’s future and the future of democracy itself are under threat.


[YOU DON'T NEED PICTURES OF THOSE SIGNS]

Although fairly consistently “waking into dread,” often as early as 3 a.m., I also visit islands of peace on a semi-regular basis. There was Labor Day at home, filling jars with summer bounty for our winter’s delectation. There was the (last!) farmers market the following Saturday, and that same afternoon, as part of a visit from David’s daughter, we had a sunny afternoon spent with her on back roads down in Sleeping Bear country while Bruce tended shop for us in Northport. Sarah enjoyed being along on that adventure, and we all loved being within the Lakeshore boundaries and away from campaign signs. 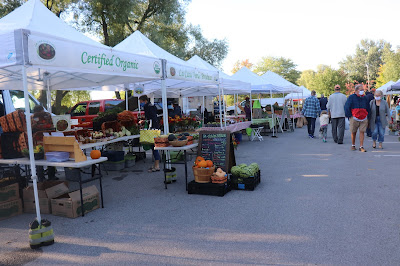 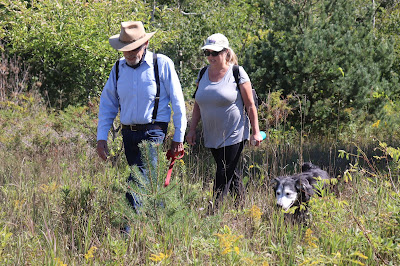 There have been other miscellaneous country walks and cruises, drives to visit cattle and horses and to note the beginnings of fall color and onset of fall wildflowers – pyrotechnical goldenrod, bouquets of asters, subtle stands of horse mint that always delight my eye.

Even necessary automotive errands and appointments in Traverse City, business that might otherwise seem tedious, afforded us an opportunity to explore a delightful little treasure of public land on Monday: nature center (closed), wildflower gardens and plantings, trails, and viewing platform over the former Sabin Pond, where the Boardman River now runs free again, a meandering, rippling, path through open meadow, fresh, running water sparkling in the sunshine. 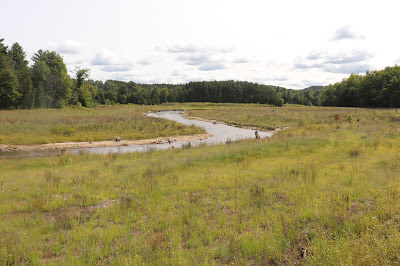 So, as it does until – for each of us one day – it does no longer, life goes on. And while our emotional responses to each day vary, as does the weather of northern Michigan, we go on putting one foot in front of the other, taking one breath at a time, looking up from our books and out through our windows and around at our immediate surroundings to life’s gifts, great and small. What else can I tell you? 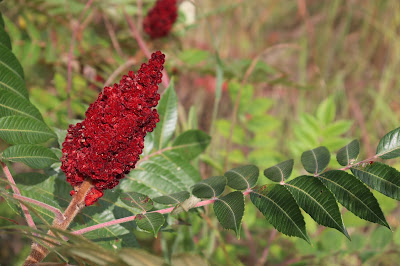 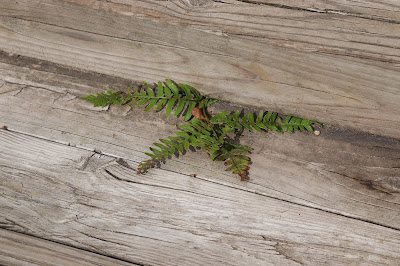 Beautifully written. Heart-wrenching, in so many ways. You are a gifted writter, and a delight to read.

Thank you, Angie. I appreciate your comment, knowing it comes from your heart.

I may be mistaken, but IMO a large part of the colonial revolution was driven by the Native American question (England said do not intrude) while speculators and squatters invested thousands to make
millions off forbidden territory; urban business men hated taxes, hired ruffians (think Tea Party) and most of the interior was too
busy to care. But propaganda was invented; a successful idea then,
and developed and polished since. I laughed right out loud at today's
Trump's press conference, counting the truth vs the outright lies.
The man is what we used to call a 'loose cannon', attracting a few
discontented, but stirring up no end of troubles. I worked for one
such and had the satisfaction of seeing him escorted from the company by armed guards. 'These are times that try men's souls'. Oh dear, less I rant on and on etc & etc, let me commiserate with Sarah: immune to the slings and arrows of human folly, she lives content with the love and care of her companions...it's a dog's life, right?

BB, it makes sense that expansion of the colonies wouldn't appeal to England, but I'll have to read up on that to see how much it played into revolutionary fervor. Everything else you say -- re speculation, taxes, thugs, propaganda -- certainly sounds familiar, though I'd question dating the invention of propaganda to that period in American history. Weren't the English already pretty good at it?

Ah, yes, men's and women's souls are sorely tried at present, which makes our companion animals all the more precious and dear to us.

Agreed, propaganda wasn't invented then. I had been reading Morrison's Oxford History of the American People, in particular
the propaganda campaign of Samuel Adams-it was very successful as
most Colonists were loyalists at the time. Focus (or tunnel vision)
led me to err-the concept and use has been around since civilization
began. IMO magnified by progress in communication methods and particularly egregious in times of war, it originated with middle
age missionary work (propagate the good word) the etymologists inform. Like "socialism", it has become twisted in meaning, although
IMO, remains a mainstay of modern marketing and advertising and the
main tool of the current GOP. I mourn the passing of Ruth Bader Ginsburg, which will be lost in the inevitable dogfight over a
successor (Hey, what was wrong with Merrick Garland?) and the rush
to name a totally unqualified sycophant to the court. What has the US
done to itself? If that sounds like a rant, well my intent was to
admit a mistake..golly gee!

Your comments about Margaret Walker’s and Isabel Wilkerson’s books reminded me of one I just finished: Ta-Nehisi Coates’s “The Water Dancer” which deals with a Black family mixed with a slave owner. The south still seems to be wanting to keep its old ways, and it put me into thinking how Black Lives Matters, and the unity that is behind them nowadays, might project us into a way to move forward. As you mentioned when reading, that you see the present in the past, I found that coming to mind when reading the biography of Alexander Hamilton (Ron Chernow), how Thomas Jefferson and other southerners started the south vs. north division. White supremacy was a given for them, as it is for Trump’s followers. Then listening to « No Ordinary Time » (Doris Kearns Goodwin) about Eleanor and Franklin Roosevelt, when she had an uphill battle for Black equality in the armed services. To her credit and Franklin also, the difference between 1941 and 1945 was astounding in betterment of job status, pay, numbers of Black officers and integration in all the forces, as Truman declared in ‘45. But it took a World War. I agree with your comment that all of us now seem to be at risk: floods, fires, and emotional turmoil at every turn. Especially now, the tremendously sad news of Ruth Bader Ginsburg passing away weighs on me so very heavily. She was such a strong supporter of historic important issues. We will have to be strong and look for that light at the end of the tunnel. I’m a praying person, so that’s one thing I can do!

BB and Jeanie, nice to find you here this morning. The sun ia shining, and my plans have to do with mowing grass and brushing/clipping my old dog's unruly coat, both outdoor jobs. I want to enjoy the outdoors as much as possible while the sun is shining.

The books you are reading sound quite fascinating, and of course I share your sadness over the loss of Supreme Court Justice RBG, but I hope you'll read the new blog post I've been writing and am about to post, as it touches on all these matters....