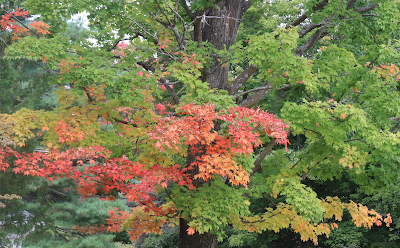 What on earth put that song into a crowded dream filling my imagination just before I woke a couple mornings ago at 5:30 a.m.? How many years must it have been since I heard the Mills Brothers singing the little glow worm song on the radio, and how much other music, how many other songs, would have come between that long-ago day and this dark morning? “Glimmer, glimmer!” What pulled that song out of some dim, long-buried storage bank and put it into my head with its surprising lyrics and close harmonies? What is it that brings a memory like that unexpectedly to the surface?

The leaves were the color of sweet potatoes and of the summer sun when it sets. They had begun to fall from the branches….

-      Isabel Wilkerson, The Warmth of Other Suns: The Epic Story of America’s Great Migration

Halfway through The Warmth of Other Suns, I was fully engrossed, nearly mesmerized, by the three particular stories the author tells, the half-century tapestry in which those particular appear as threads, and by Wilkerson’s writing itself. She incorporates historical records and statistics smoothly into the epic, always and in every line remaining, above all, a writer. Her phrase about leaves “the color of sweet potatoes” is one small example of an almost novelistic style that makes every scene vividly alive. I read the book before falling asleep and when waking up.

Then at my bookstore one afternoon (during the midafternoon lull), I was surprised by how quickly I fell into another book I hadn’t meant to read, just peek into, Page Smith’s Trial By Fire, Volume 5 in his 8-volume People’s History of the United States. It is probably no coincidence that Howard Zinn used the same title for his own one-volume history of our country, as Page Smith, while a professor of history, considered himself – and was considered by others – very much a “populist” historian, writing not for a small academic audience but for Americans at large.

It was the final paragraph of his short introduction to Volume 5 that stopped me in my tracks and then quickly made me want to go on to the first chapter:

What cannot be sufficiently emphasized is that since people do not exist for the convenience or the scrutiny of historians, a certain violence, or at least, disservice, is inevitably done to the full and breathtaking complexity of the truth whenever someone, assuming the role of a historian, attempts to deal with life in the mode called “history.” This is most notably true in writing about black people in America [my emphasis added]. …I am continually and painfully aware of my deficiencies as an uncertain practitioner of the art [or history] and nowhere so acutely as in trying, as a white man, to comprehend the nature of what we call today, somewhat glibly, “the black experience.”

-      Page Smith, introduction to his Trial By Fire

Trial By Fire was published in 1982, that is, 38 years ago, while The Warmth of Other Suns bears a 2010 publication date. The older book’s author was a white man, the newer one written by a black woman, Smith a historian, Wilkerson a journalist who had to become a historian in researching her book, both of them prize-winning American authors. Something told me that reading these two books in tandem would be an even richer experience than reading only one could possibly be, although either is clearly worth any American’s concentrated time.

Because that is the question, isn’t it? How did we get to where we are now?

I have already learned from Smith that our country’s founders had doubts and fears from the very beginning about the new union’s ability to hold together and not break up over the issue of slavery. And it should surprise no one that Wilkerson’s migrants – Ida Mae Gladney, who moved to Chicago during Depression era; George Starling, who fled Florida citrus groves for a new life in New York’s Harlem following World War II; and Dr. Robert Foster, whose successful career in California could never have been achieved by a black man in his native Louisiana – encountered prejudice and barriers in the North in the 1930s, 1940s, and 1950s, despite the absence of the odious Jim Crow laws that had held them down in the South.

Slavery was not, of course, the only sin Americans had to answer for to the Almighty. Racial prejudice was everywhere apparent in the North….

That racial prejudice that Wilkerson’s migrants encountered in the 1950s was all the more nerve-wracking because of its unpredictability.

There were no colored or white signs in New York. That was the unnerving and tricky part of making your way through a place that looked free. You never knew when perfect strangers would remind you that, as far as they were concerned, you weren’t equal and might never be.

Understanding our nation’s past cannot change the past. That should go without saying. Historical understanding is vital, however, if we hope for a better future, because in addition to generals and battles, state laws and federal policies –always, then as now, consequences fell on individuals and families, ordinary people just trying to live their lives, and so, now as then, people’s lives are at stake, children’s futures are at stake.

But neither are we obligated to accomplish a half-century’s worth of progress in any 24-four period [since ‘ought’ implies ‘can,’ as the philosophers say]. We can, however, brighten the corners where we are (as the old Sunday school song advised), and I see people doing that everywhere I look. Road builders are laying down fresh new pavement, farmers are harvesting corn, painters are painting, quilters are quilting, and on it goes. One foot in front of the other, one day at a time. A smile, a word of encouragement, a sympathetic ear, opening our hearts and stretching our minds a little every day as we go about our ordinary lives.

We simply cannot afford to be distracted by angry shouters throwing red herrings across the path and trying to prevent understanding. The true enemies are not our fellow Americans on “the other side” but those who would divide us into “sides” to enhance their own power gains.

I began writing this post a couple of days ago. Last night I woke in the wee dark hours and finished reading Wilkerson’s book before the sun was up. She thoroughly and beautifully accomplishes the tasks she set herself, collecting oral histories and presenting intimate portraits of three selected migrants, while also searching out and distilling and incorporating newspaper, literary, and scholarly accounts of the Great Migration, from the beginning of the movement to the present, to pull that 50-year sweep of history together and examine and critique what has been said of the southern black people who moved north from 1915 to 1970 and separate truth from myth. Informative, compelling, important, and brilliant!

And now, two days after the death of Supreme Court Justice Ruth Bader Ginsberg and having come to the last page of The Warmth of Other Suns, I can’t help thinking once again that the temptation (while I certainly understand it!) to give in to weariness over the news or hopelessness over current politics – that temptation to give up – can  very well be seen as what has been called “white fragility.” Or is it “liberal fragility”? "Bourgeois fragility"? Whatever it is, we cannot afford it.

I am giving myself this pep talk, too, you understand, not preaching from some high-and-mighty place above the fray. Glow, little glow worms! Brighten the corners where you are. 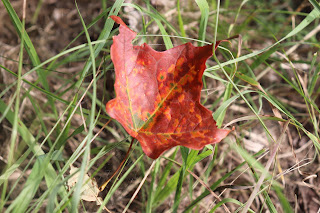 Great song, that Glow Worm 🎶...glimmer..glimmer..! I remember their close harmonies and resonant voices. Tying in that soothing song makes sense with your pep talk - it’s a good one, and I agree that we need to internalize the energy to support the way forward. Out and up from the dark, divisive place we’ve been for four years and more. Out of systemic habits that have oppressed so many people. Our other apartment is in the heart of Brooklyn where there were protests, some skirmishes, but in our area, no looting. We kept in touch with neighbors in our building and followed from afar. I believe that there is positive energy coming from these protests, and I can’t wait to get back and see how I can help out.
It is true that both the north and south have bigots and white supremacists, and even without instigation, the Blacks feel and hear that they are second class regularly. I am thinking that we can change that, change the thinking of my side and ‘those others’. I will happen slowly, but the groundswell of unified opinions against divisiveness gives me hope. Glimmers, yes, glimmers of ways out of boxing people in with racist talk and behavior. Role models like Eleanor Roosevelt and Ruth Bader Ginsburg and many others are part of our past, making changes that have had enormous impact. We can take their examples and make sorely needed changes.

Brighten the corner where you are. Talk about a song from our past Pamela! The memories it brings this morning are welcome and I can hear our voices from childhood singing that song. This is a particularly good suggestion for our lives now. Channeling my inner John Lewis and RBG as well as countless others, continuing to fight even when I may feel tired I will indeed try to brighten the corner where I am. Thank you!

Jeanie and Deborah, you are both bright lights in MY life! Esprit de corps! Thank you both so much!