What Twain and Jefferson Never Said 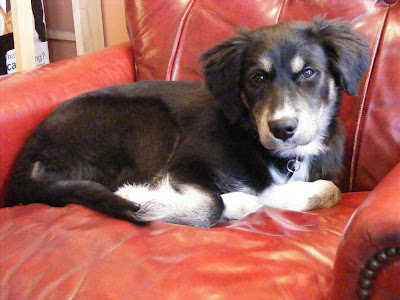 A Michigan friend left a comment today on one of my Facebook posts, his comment purportedly a quotation from Thomas Jefferson: “When the government fears the people, there is liberty, when the people fear the government, there is tyranny.” I replied that I would be interested in the context and date, but when I hadn’t heard back in an hour (and that’s no big deal; I sometimes take a whole day myself to get back to someone on Facebook, not being plugged in 24//7) my curiosity sent me digging online. What a surprise! In fact, it was none other than the official Thomas Jefferson Foundation site that provided the answer.

Spurious quotation! Misattribution! Jefferson never wrote those words at all!

Well, I’d actually had no suspicion that the quotation was not Jefferson until I hunted it down, so I wasn't trying to show up my friend. And I was doubly thankful I had not rubbed his nose in the error when, within the same hour, two other friends caught me in a misattributed quote!

I had posted a sentence that a book I’m reading (a really good book, despite this slip) attributed to Mark Twain, but it turns out the words were not Twain’s at all! That  wrongly attributed quote (and I really like it) is this:

“Kindness is language the deaf can hear and the blind can see.”

On this site we learn that --

The aphorism originates from Christian Nestell Bovee. In his Thoughts, Feelings, & Fancies (1857), Bovee wrote “Kindness is a language the dumb can speak and the deaf can hear and understand.”

So there we are. I corrected one person, and two other people corrected me, all in the same afternoon. Friends, we really do have to keep a close eye on each other! It’s easy to doubt those with whom we disagree but just as important to double-check the facts of those with whom we agree.
Posted by P. J. Grath at 4:42 PM

I sometime use suitable quotes from Caesar, Donne, Shakespeare, Pope and Churchill and run into attribute problems. "A coward dies a thousand deaths, a brave man dies but once" has been assigned to Caesar, Shakespeare and Hemmingway, for example. Its opposite "Fools rush in where angels fear to tread" seems to be purely Pope. One
common quote is still up for grabs. Some quotes have similar meaning: Caesar's 'Men willingly believe what they wish' is
reprised in Steven Colbert's 'Truthiness'. I'll cease and desist
because 'A little knowledge is a dangerous thing' -Pope :)

BB, I'll put the "common" one you referenced here, both because I like it so much and because some people who see your comment might not follow the link: "Better to remain silent and be thought a fool than to speak and to remove all doubt." Well, that's one version. People, follow the link if you want the whole story!

Thanks! Hope all is well out in Idaho these strange, peculiar, unprecedented days....