We saw a show on television yesterday (it was a rerun) based on the “Great American Read,” in which different Americans appeared, one after another, to pitch their favorite books to viewers, with the idea that each of the books depicted a character styled as an “everyday hero.” Nominations for heroic stature ranged from Don Quixote to Katniss Everdene, and viewers were urged to vote — by phone or online, I forget which, but it didn’t matter, because a line of text at the bottom of the screen informed us that voting was already closed. Books by James Patterson and Tom Clancy were nominated, their main characters put forward as “ordinary” men who rose (repeatedly) to the occasion, whatever it was, when necessary. But the Artist and I both felt that the most convincing pitch was made by the man whose favorite book was Charlotte’s Web, a book that also won the #1 spot for children’s books. Yes, we nodded, with tears in our eyes over that man’s urging, we would have voted for Charlotte! 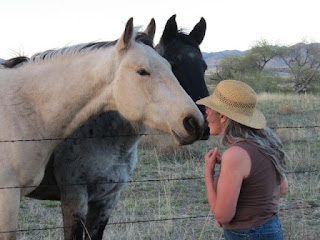 When I was a young girl and a voracious reader, I was also genuinely and completely, through and through, horse-crazy. So while I read Alice’s Adventures Through the Looking Glass, of course, and Little Women and Swiss Family Robinson, my favorite books featured horses at the heart of the stories, and the fictional characters I found heroic grew to be great-hearted in meeting challenges with horses. Sometimes the heroes were the horses! There was Enid Bagnold’s National Velvet, in which a girl dressed as a boy so she could ride her horse in the Grand National … The Black Stallion, by Walter Farley, with a boy shipwrecked on an island with a magnificent and untamed horse … and there was the heroic horse in Black Gold, by Marguerite Henry, a horse that finished his race on “three legs and a heart” when his trainer insisted on racing him despite injury.

I still love a good horse story and always will. But as we watched that program on television, I kept waiting for a fictional hero in everyday situations. That’s what was missing for me in the books and characters put forward to inspire us. Not that they failed on that count. And yet, dystopic novels, action thrillers, and children’s stories were not what came to my mind when I heard “everyday heroes” in connection with fictional characters.

The novel I thought of almost instantly stars as the main character a young woman without parents. She never knew her father, and her mother may not have known who her father was, either. The mother abandons her little girl on the streets of Chicago. Her only living relative, as far as anyone knows, a grandfather back in Michigan, refuses to give the child a home.

Told that way, the story sounds almost like Dickens, doesn’t it? But South of Superior, by Ellen Airgood, is an American novel of our own times, and everything Madeline Stone goes through is common enough. Madeline is young, in some ways naive. She has a good heart but can’t help bearing grudges against the dead who failed her, and she can’t help the many mistakes she makes along the path to greater understanding, either.

Madeline had the great good fortune to be adopted by a woman in Chicago who raised her with love, so when her adopted mother was dying, of course Madeline cared for her. The blow, however, was severe. When first we meet her, she is working as a waitress and engaged to be married. Then she gets a letter, inviting her to come work in the home of the woman who was her grandfather’s romantic partner until he died, a woman who now lives with her sister. They could use some help, the letter says. For reasons even she does not completely understand, Madeline Stone decides to drive her old beater car north to Michigan’s Upper Peninsula to share a house with two old women who are complete strangers to her.

War does not intrude on Madeline Stone’s U.P. life. There are no shoot-‘em-up sequences in the story. The situations and challenges and even the tragedies are definitely the stuff of ordinary, everyday life.

When household finances look bleak, Madeline takes a job in a pizza restaurant, a job she loses when she borrows and wrecks the owner’s car and, almost worse, doesn’t show up for her shift. Bright spots and dark color her life. She discovers a retarded uncle, her mother’s brother, living in a group home and resents having his existence kept secret from her, but little by little she finds comfort in visits to him. She finds a place to hide away, a secret refuge, a place where she can paint undisturbed — and then almost burns the place down after a foolish night in the local bar. Most movingly, she comes to love dearly a little boy who is, as was she, the child of an irresponsible young single mother, and what nearly breaks her heart is that she knows she can never take his mother’s place in his heart — but she struggles against the urge to try and does everything possible to keep mother and son connected. That was heroic!

Michigan’s Upper Peninsula is not an easy place to live. “Nine months of winter and three months of bad sledding” is one way it’s described. Another saying has “three months of company” as the finish. Keeping warm through the winter is difficult and expensive, let alone keeping a business alive, and life there is not for the faint of heart. But Madeline Stone is not faint of heart, and she finds her place in the world in a small, struggling community on the south shore of Lake Superior.

I have read South of Superior many times, first in manuscript form, as the Artist and I had come to know the author and her husband on our annual September getaway trips to the U.P. I don’t know if I’ve told you enough of the story so that you can see why I find the book such a comfort or why I have always found Madeline Stone such an inspiring character, but South of Superior has been both comfort and inspiration to me over and over. When I’ve been discouraged by troubles in my own life, I have turned to Ellen Airgood’s novel and put myself vicariously into the life of her fictional protagonist, and by the time I reached the last page, I would always feel stronger and more able to face my own challenges with strength, courage, and hope.

South of Superior is back home on my bookshelf in Michigan right now. Just thinking about it, though, and thinking about the main character, someone I see as a very ordinary, everyday heroine, calms my morning-nervous heart. And I'll bet I'm not the only one who feels that way!

I think about Ellen and Rick, too, how impossibly hard they work at their place of business, the West Bay Diner in Grand Marais. You can look online and see their beautiful, delicious food and the happy customers. None of that happens by accident. Ellen and Rick are some of the hardest-working people I know. You’ll see online also that the diner is “temporarily closed.” Had they not opened yet after the winter? Are they closed because of coronavirus? Are there enough groceries and supplies in that little town, and are Ellen and Rick all right? I trust they will be, because they have Madeline Stone’s sisu — but I sent them love across the continent, and I want them to know that as I think of them with love, and think once again of Ellen’s fictional character, Madeline Stone, I find comfort and inspiration to help me deal with these strange times we find ourselves living. 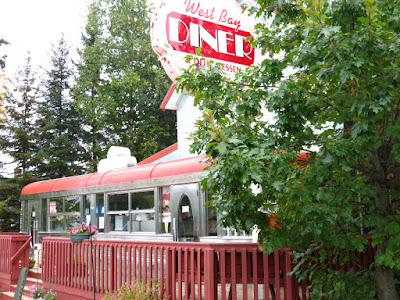