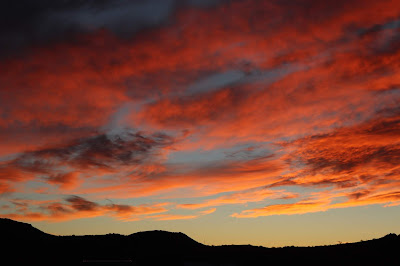 The roadrunner has a rather drab dress of indiscriminate pattern. The feathers are dark brown laced with white, and the tail has a greenish tinge. His wings are stubby, their principal function being to increase the speed of his running should he be in a hurry. His eyes are encircled with rings of an orange color. When he pauses to look at you, he opens his mouth, the crest atop his head rises; the impression is left that the sight of you has brought upon him a condition of great astonishment and shock. Then, recovering quickly from his near collapse, he will go jauntily on his way. -

- Herbert V. Young, Water By the Inch: Adventures of a Pioneer Family on an Arizona Homestead 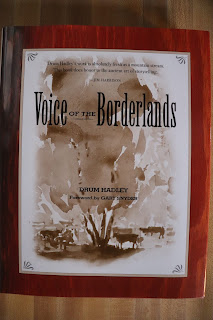 Despite several excellent books begun and not yet begun, recommended and picked up on impulse, it is books having to do with the Southwest that take priority right now. I vowed to get back to The Frontier in American History, waiting for me on the little table between our two reading chairs (finally finished that book, begun many weeks before in 2018, two weeks into 2019), and then was seduced at the library by Water By the Inch, with its memories of the desert around Phoenix before urban and suburban development, tales of moving cattle on horseback, digging and falling down wells, close calls with rattlesnakes, and a happy family with five children living in a two-room shanty without running water. Before that there was Voice of the Borderlands, poetry sometimes sweet, sometimes harsh, but always evocative, vignettes narrating the lives of cowboys and horses, rodeos, cattle drives, drug runners, desert deaths, and the dying of old ways. My gratitude for the sun’s warmth I found contained in the Mexican description of “el sobre de los pobres,” the overcoat of the poor,, and I alternated my reading of Drum Hadley’s soul-searing poetic narratives with a novel by Phyllis de la Garza, Railroad Avenue, set on the familiar streets of Willcox, long before those streets were paved. One of the winter’s first temptations, however, had come with My Heart Lies South, irresistible to me not only for its Mexican setting but also for the author’s signature on the inside front cover, along with an indication that one of the book’s previous owners had been Helen Riggs, from an important ranching family down Chiricahua way. You’ll see that book listed in my 2018 Books Read list. 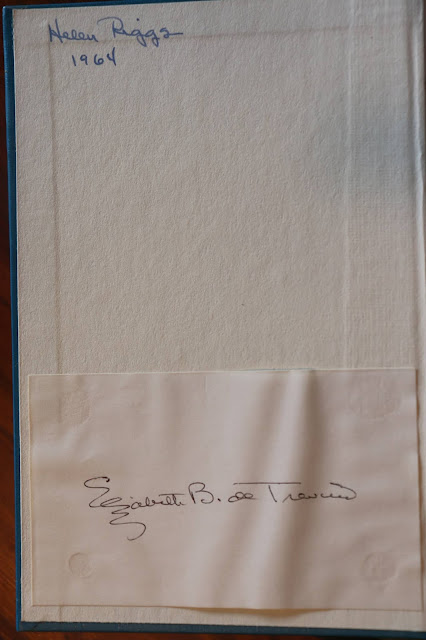 And now, continuing my latest Arizona desert reading, I am deeply grateful to have discovered the nature writing — and much more — of Ken Lamberton.

I look to the stars for confirmation that I’m not stuck in one place. From one hour to the next I can tell by marking the counterclockwise motion of Ursa Major that the earth moves beneath my feet. I’m spinning with it at 700 miles an hour. From season to season I can feel the earth coursing against a backdrop of constellations, summer’s Scorpio and winter’s Orion. I’m circling the sun at 66,000 miles an hour, a million and a half miles a day. I am not in prison; I am a traveler. I am a galactic tourist, visiting the sun and moon and gas giants. I watch the universe pass by from the window of this fenced plot of ground. I should have motion sickness.

- Ken Lamberton, Time of Grace: Thoughts on Nature, Family, and the Politics of Crime and Punishment (2007)


In fact, Ken Lamberton was in prison, serving a 12-year sentence as a convicted sex criminal. In his late twenties, a veteran five-year teacher and married father of two (with a third on the way), he had fallen for one of his eighth-grade students and run away with her, presumably to “start a new life,” according to fantasies governing the relationship — on both sides — at that time. Lamberton coped with prison by continuing to read, write, and teach. He was remorseful and desiring of forgiveness but understood that his remorse could never change the past and that forgiveness might never come, especially from his wife, the person he had hurt the most and by whom he most desired to be forgiven.

In the pages of this, his third book written and published during his incarceration, it seems almost as if his wife, Karen, suffers more from being married to a convicted sex criminal than Ken does from being in prison. Karen also found productive ways to cope with the consequences of her husband’s betrayal, going back to school and earning a paralegal degree, as well as a B.A. in political science. She was hired by a Tucson law firm. She sued the Department of Economic Security and won not only her initial class action lawsuit but prevailing over the six years of appeals against her by the State of Arizona. She visited her husband regularly, bringing their daughters as often as possible. His relationships with the girls seem good, despite the odds.

And yet, prison exacts a grievous toll on the marriage.

Readers new to Lamberton’s work, as I was, may be surprised by how much of his life in prison focuses on nature and wildlife, though it was nothing new for him. His book Wilderness and Razor Wire was awarded the John Burroughs Medal for outstanding nature writing in 2002. In Time of Grace, he notes carefully and almost compulsively the annual visitations of various courting and migrating birds and insects and the blooming and leafing-out of trees, emergence of ground plants, sightings of tadpoles (after the rains), a brooding mother duck, many bats, and once, excitingly, a ringtail. Snakes, butterflies, even flies or a broken eggshell — nothing in the natural world is beneath his notice, and everything in his walks around the perimeter of the yard contributes to his sanity.

…I adjust my calendar to the metronome transgressions of birds. For now, they cue me to after summer’s ebb: shorter days as the desert gradually cools and dries. Grasses beyond the perimeter fence bleach and go to seed under scattered cholla cacti, tiaras of light caught among their blond spines.

But Lamberton is no disembodied angel behind the razor wire. Acutely aware of his own sins, he is no less blind to the sins of others, whether they be wardens, prison guards, wealthy and politically powerful unpunished criminals, or American society at large. It would be difficult to read this book and not be angry at the widespread injustice Lamberton recounts. Not, I add, that he feels his sentence was unjust. No, he says he deserved it. But he sees that the system is not geared basically toward justice at all. In his “Author’s Note” at the book’s beginning, he writes:

Like many people, I believed the justice system was a vehicle for truth. I discovered that truth is irrelevant and politics is not, that our adversarial system favors the affluent, that judges have become redundant, that a plea bargain is not a compromise but a surrender. That justice is a contest with winners and losers…. I also discovered that prison is a society  with a caste system based on the types of crimes committed and those ranked a the top — murderers, drug offenders, gang members — prey on those at the bottom . . . and I was at the bottom.

And yet, as important as the revelations of injustice — is it wrong of me to see it this way? — are the author’s views of the natural world around him and the beautiful language in which they are expressed. So whether your interest is in law, prison reform, natural science, or literature, this book will command your attention from the first page to the last. I’ll go further and say that this would be an excellent choice for a book club, particularly if members of the group come to discussion with some diversity of experience. 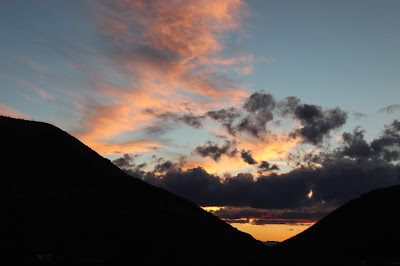 The author seems to embody a strength and a weakness that is understandable, and it feels human. There is real beauty in his world and in his language, then we also see a real darkness. I want to know him better and I hope I can read his books at some point. I wonder if he had a positive influence on any of the hard-nosed prisoners he was with. Twelve years is a very long time, but it looks like he had a real way to overcome his surroundings. I wonder what happened when he was released.

Jeanie, hi! I too look forward to reading Lamberton's other books. As for what he did in prison and afterward and what he's doing now, this link may shed some light: http://www.jenniferschneider.com/articles/Lamberton_article.pdf
But TIME OF GRACE will fill in the details that really make the story.
Thanks for reading and commenting!