Its Own Kind of Beauty

As we drove out from Traverse City on M-37, one of my favorite roads in the world (modest, quiet, familiar), we relaxed into the first leg of our trek south and west. I left the camera in the case but made mental notes of scenes along the way. This is some of what I saw:

Traverse City: riders on fat tire bicycles in the snow

Looking down onto the Manistee River valley: a snowy path ahead winding toward far banks of grey hills (lesson in perspective)

White Cloud: Sally’s Family Restaurant had a new sign out front. I couldn’t read it all as we passed, but the first two words were, incredibly, “Order online”! (Sally’s! In White Cloud!)

Newaygo: Sun peeking out at last as we stop at our usual cafe for a little pick-me-up

It was cold in Kalamazoo, but the Artist’s daughter’s house, where we dropped in for a family update, was warm and inviting. Those photos, sadly, are on my phone rather than on my camera, so you're not seeing them here. Then early Monday morning we went through northcentral Indiana on our way to central Illinois, captivated by the subtle beauty of the prairie and musing on prairie prehistory and history and the differences between prairie and the Great Plains, and since the Artist has always loved a horizon line, he encouraged me to get out my camera and take photographs as we drove along.  I managed to do so by using the sports setting (stop-action) on my Canon Rebel. These may look repetitious (and I could have adjusted color and didn't), but we were exclaiming minute-by-minute on our glide through this landscape. Does it do anything for you? 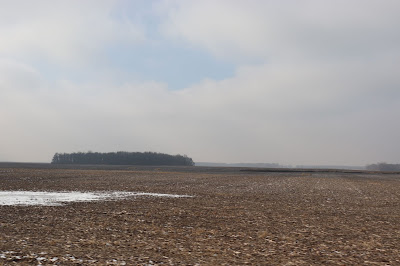 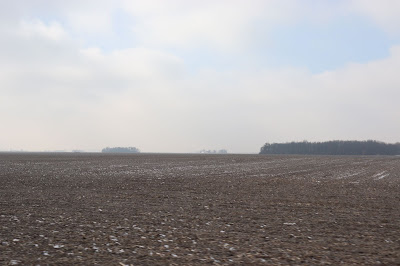 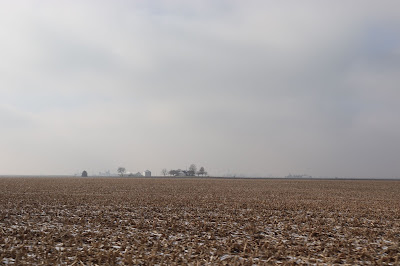 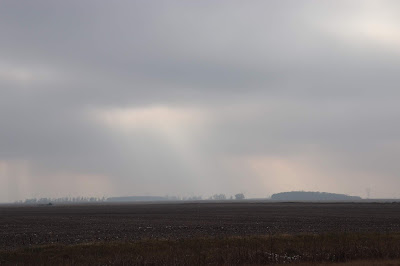 Originally I had planned a route of two-lane roads to I-55, putting us on expressway for the last leg through Illinois but we were so seduced by the beautiful haze on the prairie landscape that we took a final 2-lane instead to Springfield. The haze accounted not only for lovely atmospheric effects, but the cold air also turned those drops of moisture on trees and grasses to crystals, so that what looked like a morning frost occurred in the late afternoon. That is what you saw up at the top of this post, and here are some more shots from the same locale: 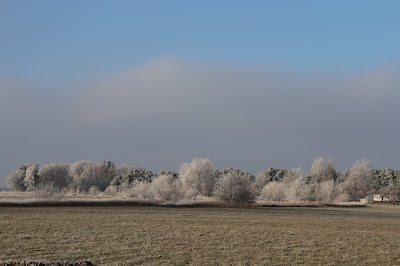 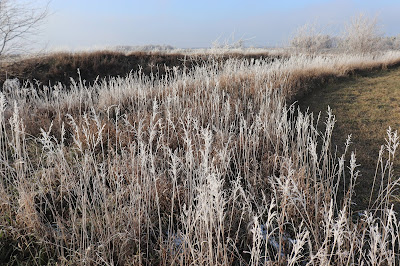 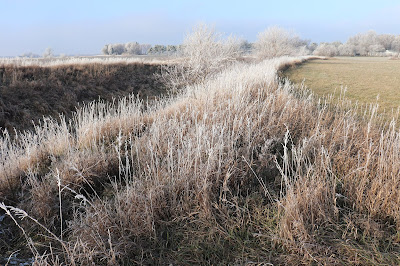 There was a spectacularly frosty tree in one ordinary small town yard. 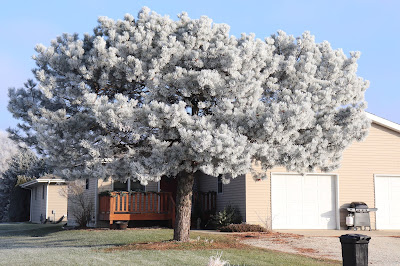 And here is another small town sight, an old school still welcoming prairie students. Below it, still in the same town, a much more modest building also caught my eye. It was the contrast that intrigued me. 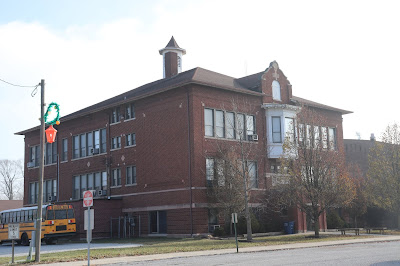 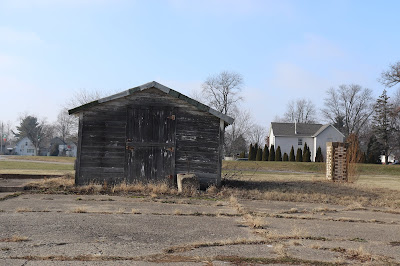 As we began to run out of light, it was too late now to go back and take that easier expressway route. Driving was more of a challenge. At the same time, the combination of atmospheric haze and after-sunset hues turned magical, as buildings stood out against the sky in silhouette and each roadside tree we approached presented itself in all its glory. 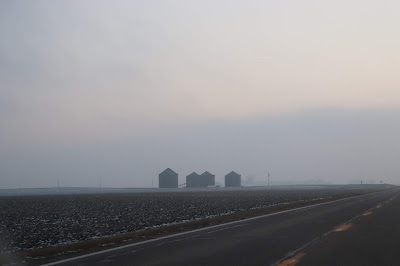 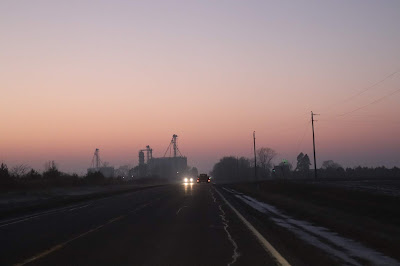 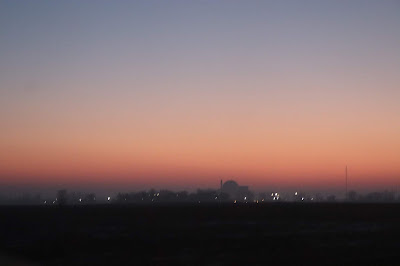 The prairie! It is not a land of lakes and hills, but it has its own timeless beauty. 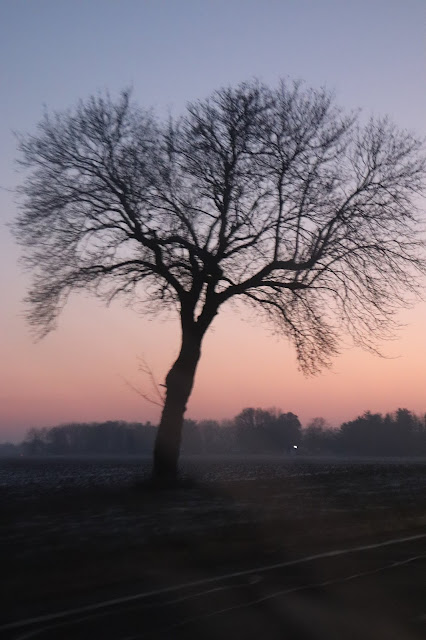 Beautiful! I always love to travel on 2-lane!

Just love the photos of the frozen haze!