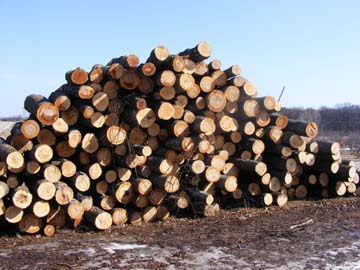 My father experienced the world through language. It was an intellectual relationship to the physical universe. He tried to create language to express and enclose anxieties—to connect the stress of human interaction and survival to nature through art. It was the only method that he believed in. He could write with authenticity about experiences he hadn’t had, could breathe the life into people he hadn’t been. He found a way to live outside of books—but not without some degree of astonishment that the things described in them often actually existed. I was different. I gained comprehension of my environment by throwing myself against it. Digging, cutting, climbing, stacking. What my father built with words, I built with pieces of the earth, stones and wood. He wrote most of loss and failure because he feared mistakes and departures so much. Tragedy was inevitable to him, whereas I believed that the inevitable could be fought. I thought that with enough defiance, mortality could be made at least improbable.

That is the fourth paragraph of the essay “Growth Rings,” by Benjamin Busch, published in a special issue of the Michigan Quarterly Review in Fall 2009. It was January 2010 when I happened upon the journal, my eye caught by the cover. The special issue was titled “Bookishness: The New Fate of Reading in the Digital Age,” and the cover photograph was the front of Shaman Drum Bookshop in Ann Arbor, Michigan, with a big GOING OUT OF BUSINESS SALE in the front window. Essays in the special issue ranged from pedantic to witty, each one interesting to me in its way. But Busch’s essay stopped time in its tracks.

Here was the setup: His father and mother had both died, within a year of each other, his father first. The son goes back to their house and finally, reluctantly, enters his father’s workroom. There is a writing tablet on the desk, holding only blank sheets and the impression of a single word, written on a sheet that had been torn off and discarded. What was that final word his father had written? There is also on the desk an old leatherbound edition of Paradise Lost.

The father had lived an interior, verbal life, while the son’s youth was an outdoor, physical existence—building stone walls, exploring the woods—but later the younger Busch came to see similarities. Finding the right stone in a dry-laid wall is like finding the right word for a hole in a poem. Shelves of books, like the growth rings of a tree, provide an ordering of time. In the Namibian Desert, he felt he was “in a place before language or what remained after language had failed.” He writes of this place (remember that a desert is also treeless), “The flood had come and gone, and no one wrote it down.” 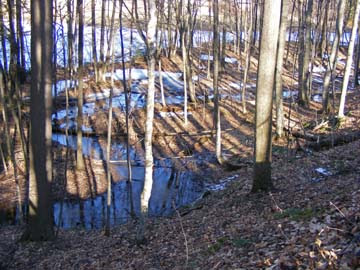 Trees, wood, paper, words, books, and memory formed the theme of the “Growth Rings” essay. I should mention here that not only was his father a writer—his mother was a librarian. Now, here is another paragraph from the essay:

You can read a book now without turning pages, without saving a place on a shelf for it afterwards. Electronic books are available, and bookstores are closing. What is lost is the book as an object. A book is an artifact of both writing and of reading. It is a physical representative of time like the trees it is made from. The writer will die, the reader will die, and the mice will come for the papers they left in boxes. We will all be covered with a blank white sheet. But there will be a shelf somewhere where the book will survive. Someone will walk into the empty room, blow the gathered dust from it, sit, and begin reading in the light of a window. The book will change what they see outside. Then the reader will consider the placement of the book [on the shelf] and the book will remain, again, where it is placed. 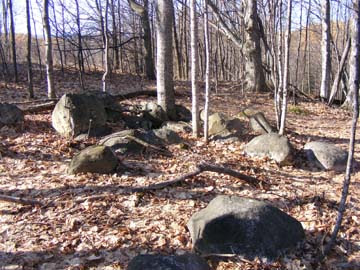 In the essay, Busch goes on to say that he found words not from a childhood of reading but by “turning over rocks.” What’s important is that find them he did. “A book, even in its death, has matter,” he writes. Then, “Even a burned book leaves ash.”

I have not received an advance reading copy of Ben’s memoir, Dust to Dust, which he will be reading from and signing at my bookstore next week on Friday afternoon (March 23, 4-6 p.m.), and I would usually be apprehensive about having a book signing if I hadn’t yet read the book. Not with Ben. I have believed in his book for over two years, long before it found a publisher. His work, as the 2009 essay shows, combines experience in the natural world with a craftsman’s approach to language. He is also a Marine (two tours in Iraq), an actor (three seasons on “The Wire”), a filmmaker (wrote, directed, and produced the independent film “Bright”), a photographer, a husband and father and a Michigan writer.

Much more I don’t want to say because I know that his book will say what needs to be said, but it isn’t every day that we have Benjamin Busch in Northport. Don't miss him! That's Friday, March 23, 4-6 p.m. at Dog Ears Books, 106 Waukazoo Street. 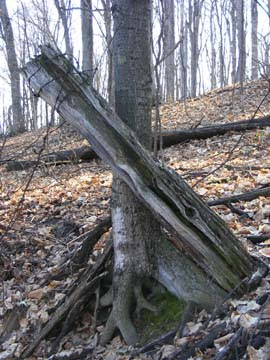 Here’s part of a review of Dust to Dust: A Memoir that I read only this morning (March 16):

“There is not one bad sentence in this book. Translucent prose carries each section, and the chapters line up in a beautiful array, much like the soldiers or stones Busch describes so well. I cannot wait to see what he writes next.” – Therese Nielsen, Library Journal Reviews
Posted by P. J. Grath at 5:05 PM

Lovely writing, his and yours.

I remember when Shaman's went out of business. Seemed incredible that they would. I worked with them at author events in the AA Dist Library.

I like hearing that you worked with a bookstore on author events, Dawn. Wish you could be here to help me get ready for Ben's event!

Thanks, dmarks. Come up next Friday if you can.

This truly is a fine post, and it has made me determined to come to the launch next week. Life is short. Read books first.

The books came today. I jumped right in.