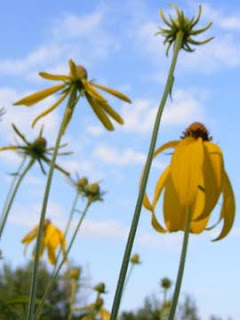 The other day I mentioned the summer issue of the Dunes Review and how much good writing it contains. One poet featured is Fleda Brown. Brown’s poems in Dunes and the fact that at least one local book club chose to include her new book on its next round of reading and discussion led me to that book, Driving with Dvorak: Essays on Memory and Identity.


Sorrow remains within me like a closed box, the contents of which I know so well there’s no need to keep checking. Still, sometimes one wants—one deliberately opens the past and lifts out, one by one, its small, radiant objects. One suddenly thinks of sorrow with fondness, the way it keeps on being itself, no matter how it’s been anatomized, analyzed. Sorrow is easy to love, actually, the way it asserts its own clear presence that one can’t dispute, can’t wish away, for the way it insists on being included, along with everything else.


Delaware’s poet laureate from 2001 to 2007, memoir essayist Brown is a poet first and foremost, and that art shows in this book, its pieces personal, even intimate, but never sentimental. Always there is the sharp, true edge, discovered, rediscovered and valued for itself, given to us in words chosen carefully to capture and present it.


My longing joined up with a more universal longing that year: we girls turned equine, galloping across the ruts of the playground whinnying and neighing in our sleek bodies that were filling with a new, animal energy we could only call horse.


Then there is the way she writes of Dvorak’s music, weaving it into memories of summer vacations with her parents and siblings. Sound simple? Think again. Try it yourself, and then read the title essay in Brown’s book. I found myself holding my breath and then letting it out in a sudden gust, upon which I would have to close the book and put it down for a few minutes before taking it up to go on reading again.


I catch an updraft; it is good to have back the old dream of flying. I am molecular, carried on drifts like a Chagall figure, nobody’s pain hurting me, not even my own. The sequence happens over and over, as if I am trying out how to do it, or if I really want to leave so much behind.


My summer's reading has convinced me all over again that no one writes essays as well as poets. These essays are poetic elaborations of the writer’s life, as her poems are distilled moments of perception. There is no preferring one literary form over the other. –-Well, I am saying that, knowing that inevitably some readers will prefer the poems, others love more the essays. Being given both, however, we are privileged to choose from abundance or, greedily, as I prefer to do, take it all.


You present your life to yourself. You give it a happier ending, make a shapeliness of it. Then art sends you back to memory, where it came from. You can’t have the original, which maybe never was the right thing, but you can have this. And soft, the little wisps, rising from the lake: the angels, the annunciation. You have to bow your head, to receive it, all of it, down on you, its sheer trumpets, clarinets, the joy of its French horns.


All excerpts in this post are from Driving with Dvorak: Essays on Memory and Identity, by Fleda Brown (University of Nebraska Press, 2010, $24.95, available at Dog Ears Books and other fine bookstores and more than worth the cover price--you will want to send it to someone you love and keep it yourself at the same time, I guarantee). All coneflowers are from my meadow. Apologies to both the author and to the composer for my inability to figure out how to put the accents in the composer's name. 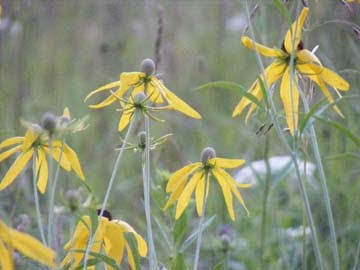 You do such a good job of evoking a book that I'm in danger of letting the review become a substitute for the reading experience! Especially as I read so slowly. But how I enjoy savoring these morsels.

Gerry, I didn't even bill this as a book review, since I let the excerpts from the book itself do most of the work, so if you love the morsels don't miss the full meal.

One of the reasons I love to read your blog is that you toss out these little gems that I never would have found otherwise. Here's another one. I'll see if I can get it from my library. Thanks for sharing!

hmmm...can't find it at my group of libraries, not available on MEL either. Don't want to buy it from Amazon. Can I buy it from your shop? I could send Karen in to pick it up and save it for me until I get there...

Dawn, I'll be glad to set aside a copy for Karen to pick up for you, or I can mail it to you--either way. This is a very special book, and Michigan libraries should order it, too!

I'll see if Karen is around to come in and pick it up. I'm sure she'd enjoy reading it too...

Okay, Dawn, there's one set aside with your name in it for Karen to pick up. Glad you'll both be reading it.

I'll send Karen a check to bring in with her...can you give me a total? Thanks! Karen hasn't responded to my email yet...but she will! :)

Amount including sales tax is twenty-six dollars and 45 cents. Thanks, Dawn!