Oh, the People I Meet! 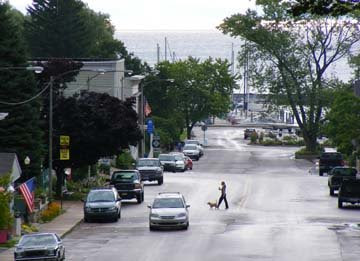 I’ve learned as much about people as I have about books in the 16+ years of Dog Ears Books. Early on, realizing that roughly three-quarters of Americans consider themselves “shy” pulled me out of my own shell. And shy or not, there’s more to everyone than first meets the eye, as any independent retail bookseller quickly finds out. Hopes and fears, sorrows and joys, accomplishments and regrets—all are confided. Occasionally over the years I have felt as I imagine a bartender must feel, hearing stories from so many different people.

But others come to a bookstore in search of a quieter refuge. Perhaps that’s especially true in a summer resort community. Away from a daily life of commuting, crowds, bustle and pressure or simply taking a break from intense and unaccustomed family time, these browsers take care of themselves.

And, naturally, individuals cross back and forth from one group to another, depending on day and mood....

Milan Stitt visited annually from New York, where he taught drama. I knew that about him and also that he was the playwright who had written The Runner Stumbles, based loosely on the mystery surrounding the disappearance and death of a young nun at Holy Rosary in Isadore, an early Polish-American farming settlement west of south Lake Leelanau. I knew that Milan had family here in Leelanau County and, because Milan told me when looking for books on these subjects, that he traveled abroad when he could. But how much I did not know and am still learning, now that he is gone!

His sister, visiting the bookstore and gallery, gave me the news. “How’s he doing?” I asked genially, to which she replied that he had died in March. I was shocked. “But he was only--?” “Sixty-eight.” He won’t be coming in this year, I thought stupidly.

A day or two later Susan brought me a copy of The Runner Stumbles (I love Milan's Afterword), along with the program from the New York memorial service. The portrait photograph on the program cover (a lengthy, detailed bio inside) shows a man clearly in his element, Milan Stitt smiling broadly, as I had never seen him before. There were more surprises inside. He wrote arts criticism, received awards, and went from teaching English and playwriting at the University of Michigan to chairing the department of playwriting at the Yale School of Drama. Teaching and writing drama eventually led him to Carnegie Mellon University, where he taught from 1997 until his death. There was so much more. One thing I want to make a point of including is that an award is being established in his name through the John F. Kennedy Center for the Performing Arts and the American College Theatre Festival (P.O. Box 101510, Arlington, VA 22210.

It was a privilege to know this son of Michigan (Detroit native) even as casually as I did, thanks to my bookstore. 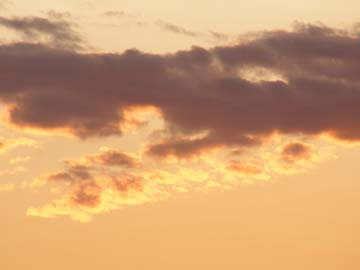 Today three other Northport writing women and I had lunch at Stubb’s Sweetwater Grill with Detroit author Doreen O’Brien (Voices of the Lost and Found), thanks to David and George, who filled in for Bruce so that I could get away. What other business would introduce me to such interesting people? They all came to Northport. That sounds like a title for a memoir: They All Came to Northport. Someday?
Posted by P. J. Grath at 4:26 PM

For several years I was involved in Heartlande Theatre Company's New Playwrights Initiative in Detroit/Royal Oak. Milan was a mentor for many people connected to Heartlande, and stories of his insight into the craft and his generous spirit littered the place. I never met him, but I did get to see The Runner Stumbles as his guest! He sent tickets to my neighbor, Bob Delany, a Cooley HS teacher Milan remembered with gratitude. Bob took us along, and told us more Milan stories. I'm sorry to hear of his death. Thank you for telling your Milan stories.

Very nice tribute to The Runner Stumbles author. And, I'd love to someday be invited as a "Northport writing woman" to one of your lunches.

Milan was so quiet and low-key when he visited the bookstore. We conversed, but he wasn't a guy to be blowing his own horn, and only now am I learning how many people's lives he touched. I really didn't get "stories" from him. His nephew's wedding took place at Holy Rosary, and that opened my eyes wide. Another church was closed for renovations that summer, hence the change. "Did it feel strange?" I asked Milan, "being in the parish where you set your play?" He said yes but gave no details.

Anonymous (Susan?), I almost missed the lunch myself, but you would be welcome, I'm sure, to join us next summer when Dorene comes. She is the nucleus for this tiny group. Did you know that other groups of writers come together during the summer series at the library? Going out to dinner with visiting authors before their talks is part of the fun of the series.