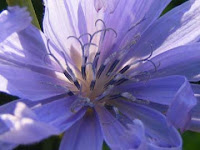 “Day off” should be in quotes, I suppose, but a day in bed, head under the covers, downed by migraine, made me think of the old joke that death is a way of telling someone to slow down. Migraine, I thought (not having had an attack for 13 months), must be Nature’s way of giving me a day off. David handled the bookstore, and I slept through most of the day and the second night before returning to the world.

The worst thing about migraine is spending all that time in bed without being able to read, especially I’d only the day before gotten absolutely involved in an old favorite book not read for many years, Mrs. Mike, by Nancy and Benedict Freedman. I’d been talking to someone who had re-read this book and found it not as captivating as she remembered. To test my own old love, I grabbed up a little, creased paperback and plunged into Chapter One.

The worst winter in fifty years, the old Scotsman had told me. I’d only been around for sixteen, but it was the worst I’d seen, and I was willing to take his word for the other thirty-four.

On the north side of the train the windows were plastered with snow, and on the south side great clouds of snow were whipped along by a sixty-mile gale. There was snow on top of the train and snow under the train, and all the snow there was left in the world in front of the train, which was why we were stopped.

Katherine Mary O’Fallon has left the civilized world of Boston to go out to Calgary, Alberta, to live with her uncle, in hopes that the cold, dry air will cure her pleurisy.

One of the trainmen had wiped off the frost from his window. The Scotsman pointed, and there against the stock fence along the right of way were hundreds of cows and steers, blown across the prairies by that icy gale and packed densely along the fence, frozen and dead.

Alberta on the map looked very empty compared to the East Coast, though Katherine Mary and her mother were reassured by the size of the circle that was Calgary, “a fine black dot.” The girl’s mother warns her, however, not to venture farther north.

She waved in the general direction of Mackenzie and the North Pole. "My own mother lived and died in the house where she was born, and all the traveling she did was to the oatfield and back."

Oh, but Katherine Mary is sixteen years old, and what can she do when she meets the handsome Mike Flannigan, with “eyes so blue you could swim in them,” but fall in love and marry him, even though he is a Mountie posted so far north that the trip from Calgary will take three months by train and dog sled? And oh, how could anyone of any age not love this book, which I am so happy to be rediscovering? 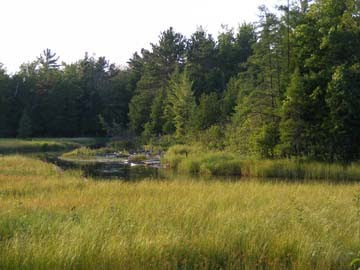 The best thing about migraine is rejoining the world, well rested. One thing I’d missed was the opening (Wednesday night) of the big library book sale in Glen Arbor, but Thursday evening was so beautiful that David and I decided to drive down to pick through the dregs and buy sandwiches somewhere for a picnic afterward. It’s not often that I get as far south in Leelanau County as Glen Arbor. What crowds in town! (I missed little, laid-back Northport!) We did find a quiet spot for our picnic, however, and wading in the Crystal River, then riding home with bare feet, still munching potato chips and sipping ginger ale, made me feel as if I were on vacation. 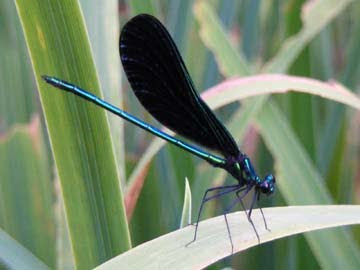 What lovely blues in both the chicory and the damsel fly!

I suffered with migraines since I was a child until I realized that I was chronically dehydrated a few years ago. Drinking more water and adding a bit of sea salt to my diet brought an end to the migraines (and heartburn and allergies).

Your book reminded me of one of my sons' young friends who is a Mountie, recently posted to the Yukon. It's so far from here, but he found a new love up there and is soon to be married.

Amy-Lynn, I think you've got something with that dehydration problem, and I'm being very careful now that the weather's turned hot, hoping to avoid any more migraine this year. MRS. MIKE is a wonderful book. I enjoyed a few more chapters this morning.