We are tested in many ways. 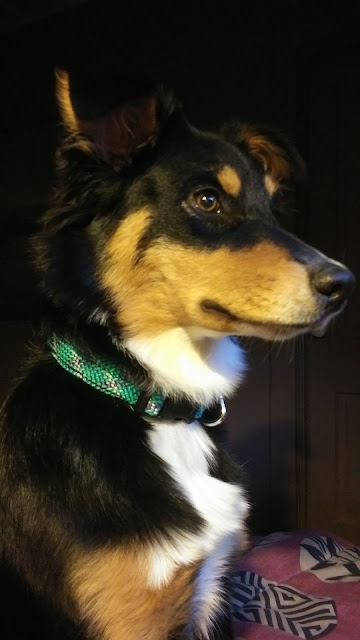 Will Sunny be on trial Thursday morning? It will be our first puppy class! Will the other puppies be younger, smaller, and less obstreperous? Will we "pass" the class, or will she be so wild that we'll be kicked out? She’ll be excited, I know, when we enter the big working arena, as her dog mom repeats a calming mantra to herself to calm her nerves!

At least puppy class will give me a break from Widowland, this strange new challenging country I now inhabit. Some widows tell me, “It gets easier,” while one said the third year was worse than the second, and yesterday I was told, “It doesn’t get easier. It gets worse.” Obviously, experiences vary across the widowed population. One woman could not bear to look at old photographs or read old letters, whereas I cannot keep from what are to me precious and tangible evidence of past happiness.

Evidence. There’s a concept that brings me to larger national events. Hearings proceed on the January 6, 2021, insurrection at the Capitol in Washington, D.C., and while many Americans are glued to their TVs, just as many (or so it seems) are steadfastly avoiding the unfolding story. I have neither television nor the leisure to watch it nonstop if it were available, but I have tuned in on the radio a couple times in the car and have read news summaries of various days’ presentations.

I was distressed, though, when one friend said her reason for not watching is that the hearings are a “show trial.” What? The term “show trial” indicates the pretense of a trial (i.e., not a hearing or hearings but an actual staged trial, and a rigged one at that), in which the verdict has been decided beforehand, with evidence often manufactured and confessions of guilt forced. Example: the Stalinist show trials that took place from 1936 to 1938.

The trials were held against Stalin’s political enemies, such as the Trotskyists and those involved with the Right Opposition of the Communist Party. The trials were shams that led to the execution of most defendants. Every surviving member of the Lenin-era part was tried, and almost every important Bolshevik from the Revolution was executed. Over 1,100 delegates to the party congress in 1934 were arrested.  The killings were part of Stalin’s Great Purge, in which opportunists and Bolshevik cadres from the time of the Russian Revolution who could rally opposition to Joseph Stalin were killed. He did so at a time of growing discontent in the 1930s for his mismanagement of the Soviet economy, leading to mass famines during periods of rapid and poorly executed industrialization and farm collectivization.

My friend did not mention Stalin but pointed to the Watergate hearings, which she finds unproblematic, because “most Americans thought Nixon was guilty.” (If his guilt was assumed beforehand, wouldn’t that have been a “show trial,” if it had been a trial and not a hearing?) The whole point of a hearing is to decide if there is enough evidence to proceed to trial. If the prosecution’s case is weak, perhaps there will be no trial, but if one does take place, the defense at least has a good idea of what it will face in the courtroom. From the little I have heard and read, plenty of evidence that we did not have before (example) has been placed before the public in the January 6 hearings, reams of it now public record. Of course, self-selected segments of the public can choose to avoid looking at the record, lest their opinions be challenged by documented facts....

Then there is … Facebook. Here confusion between hearings and trials reigns supreme, with the addition of those refusing to follow the hearings or dismissing the evidence (without having heard it) objecting to the procedure they do not understand and are not following. Example: One comment on a friend’s Fb thread reads: “This Stalinist inquisition has NO rebuttal or cross examination.” (Ah, there! Someone has brought in Stalin! See above quoted passage and compare and contrast Stalin’s trials to today’s hearings.) Well, it happens that the former president did issue a rebuttal statement, twelve pages, and here it is. Typically, he repeats claims already found to be baseless and attacks the current administration’s record, which is not at issue in the hearings. As to cross-examination, that would take place at trial stage, if criminal charges are brought.

As Abraham Lincoln might say were he alive, in a larger sense America itself is on trial today. Can a nation conceived and dedicated to equality under law long endure, and are we dedicated to the task of preserving our heritage?

Good luck at puppy school. Can't wait for an update. As for the hearings, my head isn't totally in the sand, but too much exposure to what is happening to our country is distressful.

I understand about "too much exposure," Karen, and wouldn't follow minute by minute even if I could. But not ignoring or dismissing or avoiding entirely, either -- as explained.