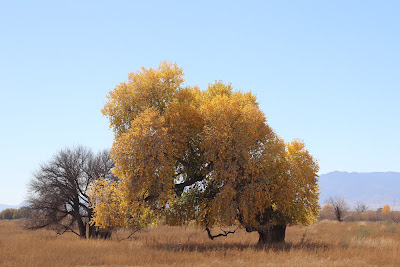 Back in Michigan, not all that long ago, we had a beautiful, mild autumn, with September stretching through October and leaves remaining on trees into November. Here in southeast Arizona now in early December, fall lingers in a similar way. There are no flaming red and orange maples here, none of the purples of green ash, but there is gold in abundance. I think of prospectors violating the mountains for metal, while all around them nature clothed the valleys in bright leaves. 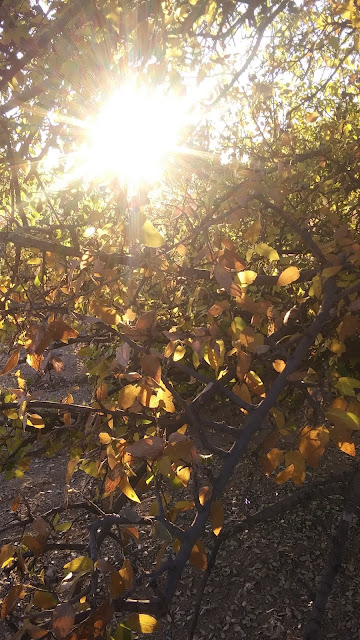 This past weekend the Dos Cabezas Mountain Gallery resumed its annual holiday show and sale, interrupted last year by COVID-19. It was my privilege and joy earlier in the week to help set up the “tree” on the porch – and then to see the entire house transformed by unimaginable hours of work by the local artists and craftspeople. 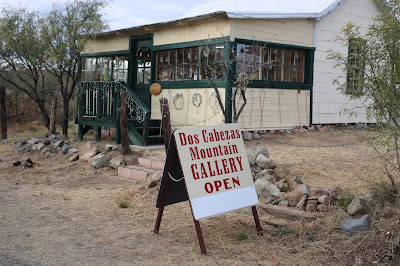 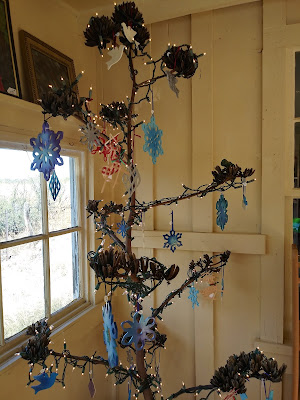 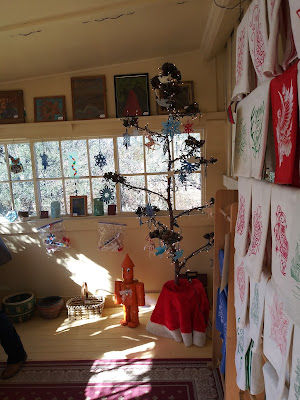 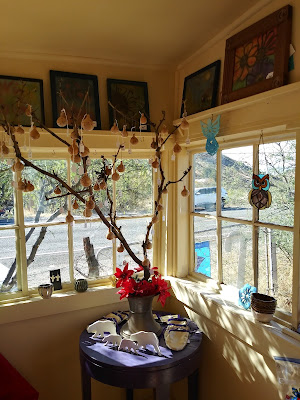 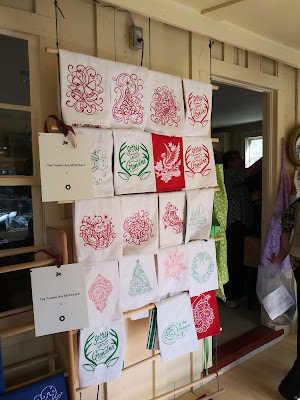 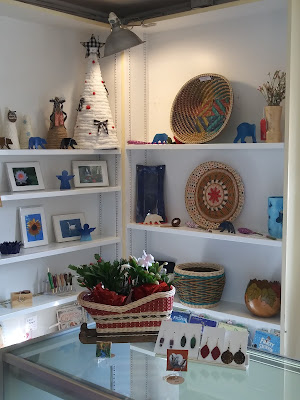 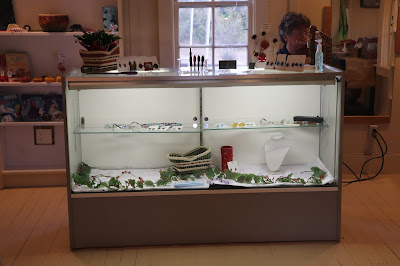 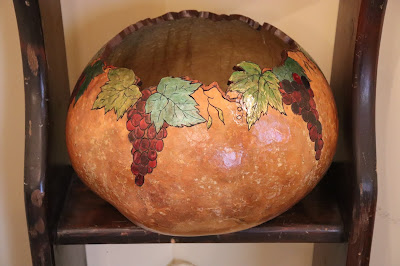 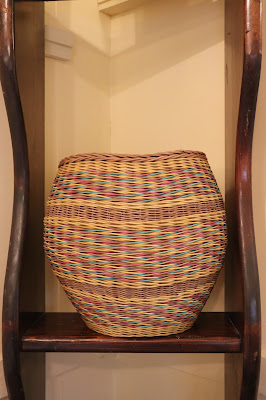 On Saturday a basket maker from Pearce demonstrated his craft in the sun-warm side yard, while indoors visitors shopped for Christmas in a mellow, festive atmosphere of happy conversations, sparkling lights, bright colors, and soft music. When Carol on her autoharp and her brother Walter on his harmonica gave their rendition of “Red River Valley,” the favorite song of one of my grandfathers, I had that exquisite feeling of a perfect moment and knew there was nowhere else I’d rather be. The Christmas spirit came to me at last, as it has in the past in Northport at concerts of the Leelanau Children’s Choir or the downtown tree lighting on a snowy evening.  Added knowledge here is that Walter was born in this same little house where we all were gathered, next door to what used to be the town post office. 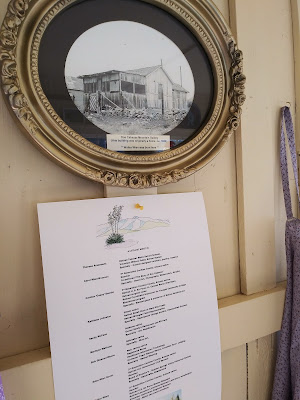 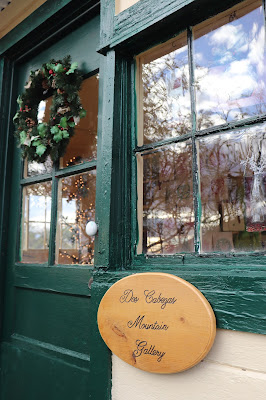 The husband of my long-time friend Juleen (we worked together in Kalamazoo back in the 1970s) has written his autobiography, A Life in Three Acts: My Journey from Wartime Burma to America, by Solomon K. Samuels, and that book is my current reading. As was true of the World War II experience of families in eastern Europe (Unbreakable revealed a Czechoslovakian family story to me; see book report section of this previous post), what people in Burma suffered during and after the war is largely unknown to Westerners. Sam’s youth in British-ruled Rangoon as the son of an Indian civil servant was a comfortable middle-class existence before the war, but then came food shortages, bombings, Japanese occupation, flight from the city, return, his father’s death, and years of hardship. Maps aid the author in his developing the story of the wartime troop movements. He also details the history of political divisions and strife among Burmese revolutionaries and failure of so many to prepare for a future of independence.

But I am struck, as well, by small, personal notes. The family, hiding during dark evenings from bombing raids, often kept their spirits up by singing. As Christians, many of the songs they sang were traditional hymns, such as “Abide with Me” and “Nearer My God To Thee,” but they also sang American “cowboy songs,” and when Samuels notes one particular favorite, “Red River Valley,” he cites its lyrics as particularly poignant to his family. That same song my grandfather loved (my mother's stepfather, he was, a north Florida "cracker"), the same song sister and brother Carol and Walter played so beautifully on Saturday here in Dos Cabezas.

All of this – the gallery scene, tales of wartime decades ago, my surroundings here in the ghost town – bring to my mind thoughts of mountains and valleys. As human beings, we know numerous metaphorical valleys in our lives, some of despair, others of delight, and we also know metaphorical mountains. A mountain can push us to our limits, sometimes even threaten death, while others – or maybe the very same, those of arduous climb! – are exhilarating in the effort required and the clarity of the air, the summit’s view its own reward.

Are these my "golden years"? Here in the mountains, looking down into the valley, I only know that today I feel at home and as fortunate to be here, now, as I am to be at home in Leelanau when I am there -- these two little places filled with loving-hearted friends. 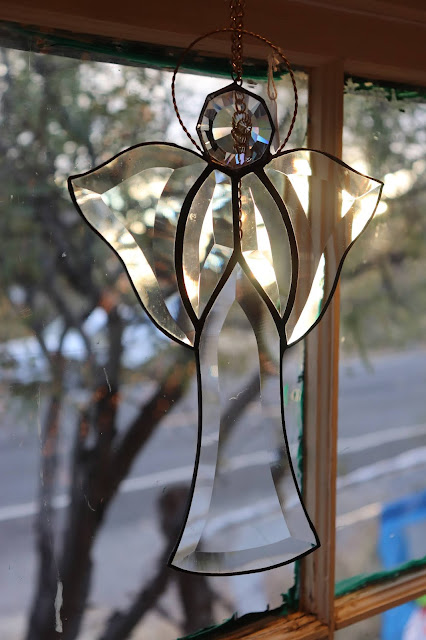 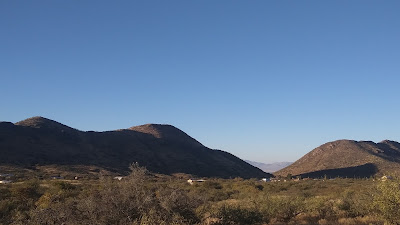 Can't think of anything better to spend my Golden years. Thank you for sharing.

Fortunate to feel at home. And in two places. A lifetime luxury.