Gift or Grind: It’s All in the Receiving

When I was (belatedly) in graduate school at the University of Illinois, there was a wonderful coffee shop west of the main campus called the Daily Grind. “See you at the Grind,” we might say to a friend. “Oh, I was at the Grind.” Etc. Socializing did take place there, but usually only in the late afternoon. Earlier in the day, regardless of the number of people sitting at any given table, most heads were bent over books and notebooks, everyone reading and underlining and scribbling away. All of us regularly spent hours studying at home (some people until after midnight; my own preference was to get up at 4 or 5 a.m.), and there was no end to studying, but when we needed the comforting presence of others, the Grind was more help than distraction, so much so that when I think of my graduate school days, much of my nostalgia centers on the Daily Grind. You wouldn’t think that from the name alone, would you?

This morning, the beginning of the day of the winter solstice, I was beset by all kinds of feelings, but I woke from dreams with a single thought: “We’re alive. We won’t always be alive.” It was not a new thought, not shocking or frightening. It didn’t even have a lot of feeling attached to it. Just truth. We’re alive. We won’t always be alive. The feelings came later, quite a jumble of them, when I looked at Facebook and saw a friend’s memory of her late son, then another friend’s memory of her late mother. May their memories be blessings to those left behind, I thought, and a third friend came to mind, one who is (as we all are, but she is close to the end and aware of it) in the process of dying, even as Christmas comes near. Our beautiful friend, so full of life and laughter!

On laundromat morning, I don’t get up any earlier than usual, but I certainly get dressed and ready to go to town earlier. As the pack made its way from ghost town to “civilization,” the full moon of the previous morning was fading on its right-hand curve, and, as always, I thought of Ahmed (another departed friend), who taught me to distinguish waxing moon from waning moon with the words ‘premier’ and ‘dernier.’ It is the curves of the miniscule ‘p’ and ‘d’ that hold the clue. So this morning’s no-longer full moon is beginning to wane, although the solstice means that our days now begin to lengthen again toward spring.

But before we were on the road, there was already Peasy.

Peasy has half a dozen stuffed animals, which I try to keep corralled in my little book corner so we won’t be tripping over them everywhere in the small cabin, so when I told him this morning, “Go get your lion,” he first ran to the corner where most of his toys were gathered. But the lion wasn’t there, and he ran back to find it in the Artist’s corner. Has he learned the word ‘lion’ -- or is it simply that the lion, as the only toy still retaining (so far) its squeaker, is more fun than the other toys, his most valuable possession? Squeak, squeak, squeak! Joyously, proudly, he ran back and forth with his lion!

No morning is ever a “grind” to Peasy! He doesn’t care that one morning is pretty much like another. To him, each one is a gift. Another day! He’s alive! He’s with us! Life is fantastic! His enthusiasm is boundless and infectious, and we can’t help laughing and feeling grateful ourselves – for each other, for this crazy dog, for another day of life.

Originally I had it in mind to write about grinding and milling – various methods from stones to mechanics – but really, do you want to read about that? Somehow I doubt it. You are basking in memories of Hanukkah or celebrating the winter solstice and/or looking forward to Christmas and a new year. And just maybe you have sadness, too, because someone you love is no longer with you or soon will not be. Turn, turn, turn – the seasons and the years. "Everything is temporary!" (my favorite line from the movie "Moonstruck"), I remind myself.

Is life pointless because it is limited and ends, always, in death? Some people think so. Yet when it comes to gold and silver and diamonds and such, their value lies in their relative scarcity. For each of us, with one precious life to live, what could be more valuable? 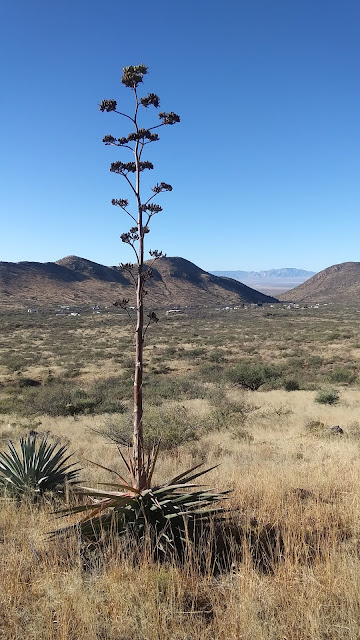 All around us, even here in the desert, we are surrounded by life. I should say, by life and death, all mixed up. The earth teems with life and death, as do our days. Would you be a pioneer on another planet, given the opportunity? Not I. The way I see it, our species grew up on this planet and has adapted to it -- and tried to adapt it to ourselves, sometimes with disastrous results, but that is not part of my thought for today. Today I’m thinking only of what a gift our brief tenure is in this wonderful adventure. Not a single human being or even the minds of all human beings who ever lived, all those minds together, could ever have dreamed up such a vast, complex, incredibly fascinating set of wonders! 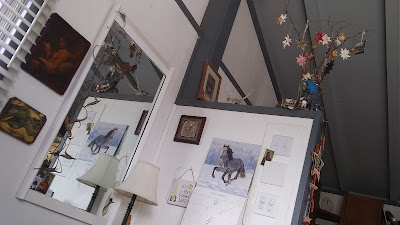 So whether you give gifts or not or send holiday cards or not or bake cookies or light candles or have a decorated tree or do none of those things, I wish you joy in and of your life. Our future together -- as friends, as a species -- is, as our individual futures are, always uncertain, but if you are reading these words you are alive right now, and while we cannot hope to be joyful every moment we’re alive, intermittent joy is a recurring gift, n’est-ce pas? And gracious receiving can be as important as generous giving, I do believe. So if you possibly can, take a leaf from Peasy's book.

Books read since last listed (and who knows if I’ll squeeze in any more before year’s end?):

170. Wizenburg, Molly. A Homemade Life: Stories and Recipes from My Kitchen Table (nonfiction) 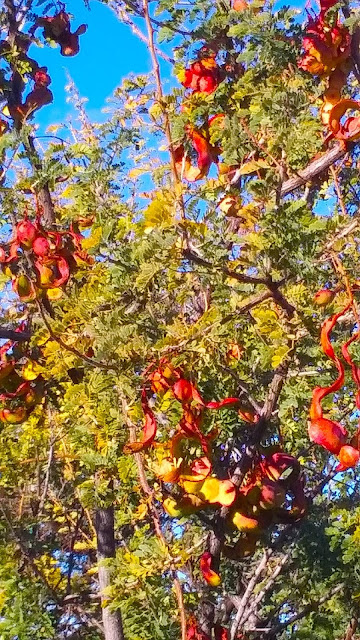 Thank you. We, here in our little bubble, are trying to enjoy our days together, while we have each other.

Thank you for a wonderfully inspired blog post. It reminds me of what an old college professor in a poetry class once said: "The beauty of life is its transcience." Life is fleeting and we need to appreciate the moment.

Thank you for reading and commenting, Rich. What I'm trying to do is to be aware of each moment. Not all are joyful, but it's all part of the crazy mix. And I agree with your old professor. Happy new year!

"Thank you for today's blog. So many memories of departed beloved ones on FB. So much to live for and rejoice. I'm glad that Peasy is working through his early anxieties and greets each day with joy.

"Merry Christmas to you and the artist and Peasy."

Thank you, Pamela, for your thoughts and wishes in this message to us, one that is uplifting and deep and in such a positive manner. We’re in our ‘bubble’, too, Dawn, here in São Paulo, peeking out when it seems OK. Close to a warm and welcoming family, your message rings true, and I’m grateful to receive it. Thank you!!