The President Is NOT a Pragmatist! 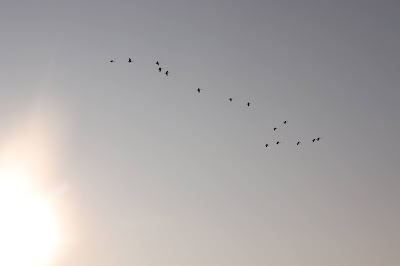 What I write today will matter to very few of you. It’s one of those boringly sincere attempts at clarification that generally meets with the response “Oh, who cares?” In this case, who cares other than philosophers? Well, that would be me, so I care, and if anyone else has the patience to bear with me for a few paragraphs, you have my heartfelt gratitude in advance. Thank you, thank you, thank you!

The president and his chief henchman in the Senate are often called “pragmatists” because they will do “whatever works” for their immediate gain. People applying the label to them believe that “whatever works” to win some particular victory, score points over opposition, solidify (if only temporarily) a position (however specious the support for it) – those people think that’s exactly what and all that pragmatism is.

While those who call the president a “pragmatist” are clearly using the word in the casual, loose, inaccurate sense currently bandied about, the term is wrongly used in a much more important sense that would evidence knowledge of the history of philosophy – and I’m not asking the American public to go back and read Plato, for heaven’s sake, only to have some small, even superficial nodding acquaintance with America's most important contribution to world philosophy, a contribution as recent as the 20th century. Twentieth century – remember that? Unless you’re an adolescent or a child, there should be something familiar there.

Sorry, that was sarcastic. Let me begin again.

The modern school of thought that came to be known as pragmatism, while forerunners of it can be found all the way back to Ancient Greece ("nothing new under the sun"?), originated right here in North America, with honors generally going to logician and experimental scientist Charles Sanders Peirce ((1839-1914). Peirce was by most accounts a difficult and eccentric individual, but he recognized that scientific research could not be carried out along the lines suggested by Descartes, wherein an individual begins an inquiry into truth by doubting everything, but instead requires a community of investigators who begin their investigations with the assumption that reality exists independent of opinion.

I ask you, does this sound like the president’s approach?

Pragmatism as applied to science simply is the much-vaunted scientific principle: based on what we know at the beginning, we predict the results of an experiment and then test our predictions.

If a proposition is true, then anyone who investigated the matter long enough and well enough would eventually acknowledge its truth: truth is a matter of long-term convergence of opinion. “The opinion which is fated to be ultimately agreed upon by all who investigate, is what we mean by the truth, and the object represented in this opinion is the real.

Do not be misled by the phrase “convergence of opinion” and see in it truth as something conveniently made up out of whole cloth. Truth in science is subject to empirical testing. It is provisional, in that future testing can always uncover errors and thus increase knowledge, but Peirce, please note, did not doubt an underlying, pre-existent reality. It is because of reality that extensive experiments by a scientific community can uncover truths.

Most of us are not experimental scientists and are more familiar with the name John Dewey than that of Charles Sanders Peirce. John Dewey, I note, has long been made a whipping boy by certain conservative voices, but most of them (in my opinion, because that's what you get here, but I will not leave that opinion unsupported) are whipping a straw man they call “Dewey,” and not the philosopher I know at all.

John Dewey (1859-1952) was concerned with social issues, including education and politics, and he brought the philosophy of pragmatism to bear on these issues. How so? He believed human beings investigate questions of right and wrong by setting up and testing hypotheses about issues, always keeping in mind that conclusions might require future revision. In other words, we learn through experience. Does that sound dangerous?

Dewey was no wild-eyed mad scientist! He viewed all of human history as having already tested basic rights and wrongs. So we have no need need to experiment to learn that lying or murder or cheating are wrong. Human history has already made those experiments. In this, I believe Dewey remained Kantian, and we see the Golden Rule here, also, as Kant appealed to it in his various versions of the Categorical Imperative.

Dewey on education is a huge subject, and although it is there that his critics generally aim at the straw man they construct, education is a side issue for me today., so I’ll merely quote again briefly from The Oxford Companion to Philosophy:

…Dewey focused on the nature and practical improvement of education, arguing that children cannot be understood as empty vessels, passively awaiting the pouring in of knowledge, but must rather be seen as active centres of impulse, shaped by but also shaping their environment.

Now I suppose if you see children as empty vessels waiting to have knowledge poured into them, you might find Dewey a wild-eyed radical, but who that has ever been around children – or ever been a child! – could hold the view that children are passive, empty vessels? Really?

Actually, I once knew an otherwise very intelligent person who believed that “doing” philosophy (as we all said in graduate school) consisted of “learning the moves” from the best teachers available. The best teachers were necessary because, this person believed, a student could never be (do) better than his or her teacher. I was amazed by such a view. A student unable to criticize? To me, that implied a student unable to think! And so, I ventured to inquire, you believe Western thought has been getting stupider and stupider since Socrates, because all of Western philosophy comes down to us through a succession of teachers and students who began at the feet of Socrates? Yes. Well, I didn’t buy it then and never would.

The pragmatists would never have bought such a view of philosophy or anything else, either. They believed in the progress of thought, in the growth of knowledge, and the gradually increasing enlightenment of human beings. --There are times, I acknowledge, when it is difficult to believe in progress of any kind. At least, it does not seem a steady march forward, does it? But that too is a big topic for another day.

My main twofold point today is simply that (1) pragmatism is a serious, native-born American philosophy; and (2) pragmatism is not “whatever works for a single individual” – to score a point, win the pot, or whatever. Pragmatism has to do with the advancement of science and the betterment of society.

Cheating and lying, blaming and name-calling undermine our trust in one another and would, as strategies adopted by us all, make our institutions unworkable. These strategies are not pragmatic! They may be the moves of an egotistical opportunist who can’t see further than tomorrow, but they do not serve to further the cause of business or government or science or ordinary life in civilized society or anything that might be called progress. 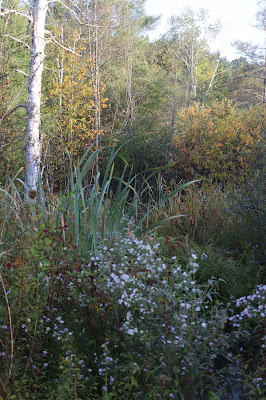 President Obama was a pragmatist, and his first concern was for the United States and for all Americans. The Republican-led Senate, however, cared more about blocking any positive achievements that might reflect well on a Democratic administration than with across-the-aisle cooperation to make gains for ordinary Americans. Now, for all President Trump’s bellowing “America First!” his impulsive, richocheting utterances and shifting, unstable, momentary alliances illustrate something very different.

In short, to call the current president a “pragmatist” is to give a good American philosophy a very bad name. 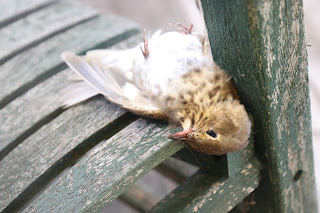 I'm over here in Tennessee, the birth place of a lot of 'back woods', hillbilly ignorance, howling with laughter!! :D :D Bravo, bravo---well said.
Namaste

And I'm back for seconds, because your picture before closing just registered for me---and it's so very sad---as is the state of the government.

Ah, well, sometimes we just have to laugh, don't we, Angie? Laugh and then straighten our shoulders and suck in our guts and go another round.

Job well done, Pamela, in explaining how ‘pragmatic’ has been misused and to tell us what it really means. I SO agree with you in that our ‘president’ (hardly presidential) is misleading, misinforming and in general, lying, cheating in all ways to get HIS way. Lately, I sometimes feel like the sad birdie: just done. But I do thank you for your marvelously furious words in taking Trump to task, and giving us quotes and reasons for your clear explanation of his cronies’ erroneous use of the term Pragmatic.

At least one of my philosophy cohort friends from U of I days disagrees with my position here, but that is what philosophers do: we argue. I do want to share something I received in e-mail this morning via a friend, words of advice from White Eagle of the Hopi Nation. In part, that message went,

"Learn about resistance of the indigenous and African peoples; we have always been, and continue to be, exterminated. But we still haven't stopped singing, dancing, lighting a fire, and having fun. Don't feel guilty about being happy during this difficult time.

"You do not help at all being sad and without energy. You help if good things emanate from the Universe now. It is through joy that one resists. Also, when the storm passes, each of you will be very important in the reconstruction of this new world.

"You need to be well and strong. And for that, there is no other way than to maintain a beautiful, happy, and bright vibration. This has nothing to do with alienation."

Words of wisdom for us all --

Our mutual friend was correct that I would enjoy your posts. About pragmatism, I took a graduate course in "Pragmatism" -- not philosophical, but linguistic -- what people really mean by what they say. All very interesting. Thanks for posting.

You're welcome, and welcome, Big Lew, from wherever you are. Others who want a short course in linguistic pragmatism can find one here:

I struggled through the whole thing, but have always been Philosophy
Challenged. Read through Kjerkegaard's Either/Or and it took a week
for my eyes to uncross. Either/Or to me is Trump's version of the simple relation of 'my way' and 'highway'. Thinking that pragmatic
means practical (Mrs. Landpheare in HS stressed 'clean out the deadwood' and the engineering motto 'Keep It Simple, Stupid' nicknamed the KISS principle). But now I know that pragmatism is a
philosophical term favored by a group of American philosophers. Give me a D+. But by my line of reasoning, I reached the same conclusion:
bullying, lying, threatening, stupidity and arrogance exemplify something other than Pragmatism. Is there a philosophical term for
using the Fascist Big Lie Theory so intensely that half a large population thinks traditional US voting is corrupt? ...and using the example that one was elected despite losing almost 3 million of the popular vote is an example of almost 3 million illegal ballots?
Bereft of even a shred of evidence - completely illogical, the presidential complaining blares on. BTW, if Trump can give himself an A+ for his expert handling of a pandemic, I thought I could take the liberty of awarding myself a D+ in Philosophy 101, :)

BB, Kierkegaard is very difficult but helped by a good professor. K's method was not straightforward argument but "indirect" communication. My sympathy for your crossed eyes! If your PHIL 101 was self-study with without supervision, you should give yourself a higher grade for attempting it at all. My hat is off to you for giving it the ole college try!