What Next? (I refrain, please note, from full caps.)

First it’s beastly hot
And then it’s not.
Then we have the sun
And then the rain.
Cloudy skies abide
And then retreat
It’s undecided now,
So is it gonna do?

We were fortunate on Friday for farmers market in Northport in having an absolutely perfect day. It was a good day to have the bookstore door open, too, with Bruce at the helm and me taking time off at home with old Sarah-dog. Saturday came the deluge! Then Sunday morning both sky and forecast threatened more storms, but clouds moved off around midday and let us enjoy perfection once again, with a much lowered humidity and strong, refreshing breeze.

Sunday and Monday are both days off this year at Dog Ears Books, but, expecting a UPS delivery, I came in for a while on Monday after latte outdoors (we braved the cool morning air) at the New Bohemian Café with a friend, and not only did my book order arrive earlier than anticipated, but so many people came in to browse and buy books that I stayed until almost 5 p.m. A full day in the bookstore, after all. Could not turn away people who were so happy to find the door open!

Backing up to the beginning of the weekend -- the Artist and I failed to see the meteor when we went out to wait for it on Friday, and maybe we should have been disappointed; however, it was so lovely and calm and peaceful out there on the hillside overlooking Lake Michigan as the stars came out that staying out late seemed more than worthwhile. We reminisced and shared memories of our respective childhoods and watched what we later learned from a knowledgeable friend had probably been the International Space Station – although when I went online to check its orbit, I only became confused, but I’m going to believe that what we saw was the ISS, as our friend so familiarly called it. 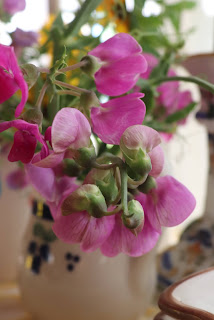 But while all that was part of our peaceful country life Up North, we remain connected to a larger world – the larger world, the world of conflict, dissension, anger, and resentment – the world in which, for years now, the “unbelievable” has been occurring on a daily basis. We here Up North are not playing ostrich, nor do we deny responsibility for our share of both the problems and what we hope will be solutions. Many people are working hard, and I see battle fatigue in friends’ faces (what I can see of their faces, what with masks covering our mouths and noses to protect each other from coronavirus transmission) and also “hear” rage erupting out of fear in the FULL CAPS of Facebook posts. But I am trying to listen carefully and (when possible) sympathetically before rushing to respond, to think about what others may be trying to say, not just how their words sound, and also, often now, to pass by without comment those spewings that indicate a mind too upset to hear me without winding itself tighter and tighter.

And, as often in my life, I turn to books. 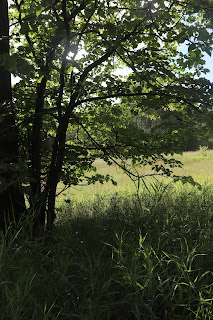 One book I’m reading right now is a fictionalized biography (it reads like a novel) of Mangas Colorado, by Will Levington Comfort, titled simply Apache, and another is a book of essays by Isaiah Berlin, Against the Current. I read in Apache last night and this morning opened the larger book to Berlin’s essay called “The Originality of Machiavelli,” in which he argues that almost all critics of Machiavelli have failed to grasp the essential position, what Machiavelli saw (Berlin believed) as “an insoluble dilemma,” or “two incompatible moral worlds,” that of a virtuous private life or that of successful existence in the social world, a dilemma that forces choice on all human beings but most implacably on political leaders. Basically, Machiavelli believed, one can emulate Jesus or Caesar, but not both – and only the emulation of Caesar will keep a nation strong and together. It’s interesting to me to think of Mangas Colorado (as presented by Comfort) as a wise Machiavellian leader, though in the end he and his were outnumbered and outgunned….

If you are wondering what Machiavelli might think about present-day American national leadership, I would say that Berlin would say that Machiavelli would say that it fails on both counts: it fails to be virtuous (in which case it would necessarily, according to Machiavelli, fail as leadership), but it also fails as strong leadership. This, however, is my point of view as seen through the lens of an interpreter of a thinker who was himself interpreting mankind in the early sixteenth century, so make of it what you will.

Was Machiavelli right about human nature? That is another question to ask of anyone, to be answered only after we have determined for ourselves what that person said and believed.

Berlin himself coined the phrase “agonistic pluralism” to describe American political society. Pluralism is the idea that there are multiple incommensurate values that cannot be purged altogether of conflict, and hence we have social agon, or conflict. What does this mean for the future of democracy, in our country or in the world? Here is an essay on the subject that I need to read carefully. If you read it, too, let me know what you think.

Today's flowers and greenery are a reminder that while Nature can be "red in tooth and claw," in other moods she can also soothe our souls when we are, perhaps, weary of each other. 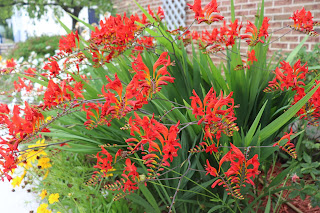 Hi Pamela, I’ve read through Chantal Mouffe’s essay and find her intriguing, lofty, academic and sometimes contradictory. But I have to reread her ideas. The last section, a paragraph about ‘citizenship awakening’ made sense with what is happening today in our streets. About widening and opening the political arms to include the ignored, the invisible, the groups who haven’t had the nation’s attention. I had a funny reaction to the word ágonistic’, giggling about what agony we’ve had with Trump in power, whereas Ms. Mouffe was referring to Agonistic Hegemony. A different animal. But it’s late....I like the challenge of the essay you offered. Gotta give it time. Enjoyed hearing about Dog Ears and the people you meet. 💕 Love your photographs...oh, those flowers! Thank you so much!!

Jeanie, here is Merriam-Webster's definition of agon: 'Agon comes from the Greek word agōn, which is translated with a number of meanings, among them "contest," "competition at games," and "gathering." In ancient Greece, agons (also spelled "agones") were contests held during public festivals. The contests-among them the ancient Olympics that our modern Olympics is modeled on-involved everything from athletics to chariot and horse racing to music and literature. "Agon" in the realm of literature refers to the dramatic conflict between the main characters in a Greek play, or more broadly, between the chief characters in any literary work. The word is also occasionally used to refer to conflict generally.' It occurs to me that when we speak of "agonizing" over a problem or situation, we refer to an internal struggle or, if you will, contest. ("What shall I do? I can see more than one possible course of action, but which is best?") So in agonistic pluralism, groups struggle or contest various positions each wishes to see government take on various issues. Far too often -- this is my opinion -- the struggle is reduced, in people's minds and in the press, to "two sides," although there may well be more than two in the contest. I have to admit, though, that since I left the academic world I easily become impatient with writing that is "lofty, academic and sometimes contradictory." I want good, solid arguments, but I also want them expressed clearly and succinctly.