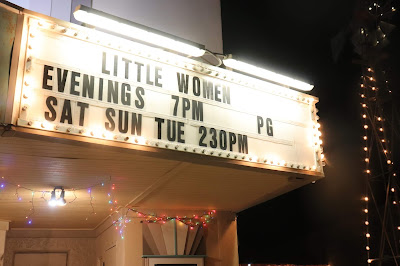 “Christmas won't be Christmas without any presents," grumbled Jo, lying on the rug.

"It's so dreadful to be poor!" sighed Meg, looking down at her old dress.

"I don't think it's fair for some girls to have plenty of pretty things, and other girls nothing at all," added little Amy, with an injured sniff.

"We've got Father and Mother, and each other," said Beth contentedly from her corner.”

Alcott's novel is very formulaic, and the formula repeats over and over — when the four sisters are together, whatever the topic, each takes a turn speaking: 1, 2, 3, 4. Yet the overall effect somehow works, at least it did, when we were young, for those of us who grew up with the book. And while I don’t know what the experience would be for a sophisticated reader coming to the book for the first time as an older adult, I find I can re-read it now and be seduced all over again by the March family, even as I am aware of that repetitious, somewhat stilted formula. It’s because Meg, Jo, Beth, and Amy, for lifetime fans of Little Women, are real girls — always were and always will be. Where the magic comes from, I cannot say. 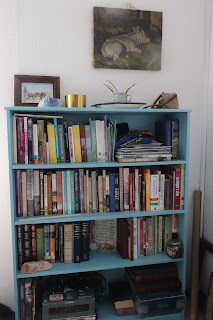 Why is it, though, that every girl who reads the book identifies herself as Jo? A recent NPR segment began by asking callers to say which girl they identified with and why, but the question had to be quickly discarded, as no one ever saw her girlhood self as conventional Meg, vain Amy, or shy, stay-at-home Beth. No, every girl-reader-become-woman claimed to have been, in her mind, as she read the book, tomboy-writer Jo, whether or not she’d been a tomboy (or even wished to be a boy) or hoped to be a writer when she grew up. Why?

I had occasion to reflect on this question some years ago, when one of my sisters and I had an exchange on the topic. I’d been amazed that she saw herself as Jo! Who, then, pray tell, did she imagine I would be? I was the oldest, but I was no Meg! Puzzling, I have come up at last with a two-pronged explanation:

(1) Jo was the bookish sister. An aspiring writer, she was naturally a voracious reader. Girls who read Little Women were, obviously, readers themselves. In my family, three sisters (as were our parents) were all readers! Ipso facto, we were all Jo! 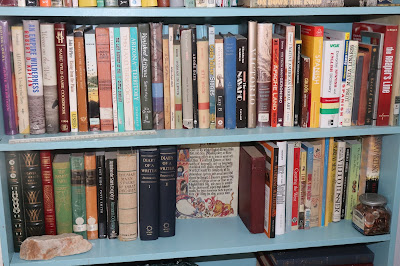 (2) Readers see an author’s fictional world through the author’s eyes, even when that author isn’t one of the characters. Little Women is written in the third person, but Jo is clearly the author’s alter ego. So it’s Jo’s head and heart we inhabit as we read the story. How could it be otherwise?

Moving from page to screen, there have been more than twelve adaptations of Louisa May Alcott’s classic girls’ story, beginning with silent film versions in 1917 and 1918. I’ll have to watch Katherine Hepburn again as Jo (1933), but just thinking of Hepburn you can see why she would be a natural in the role. By contrast, whoever saw June Allyson as Jo (1949) ought to have had his (and I’m sure it was ‘his’) head examined.

As for Winona Ryder (1994), sorry, I did not care for that version at all, though I realize it introduced a whole generation to the story. I became near-apoplectic at Jo and Professor Baer kissing in the balcony of a theatre! So wrong, so very wrong! Nineteenth-century PDA among the genteel, aspirational, theatre-going poor? Hardly! Besides that, the chapter in which the kiss takes place is called “Under the Umbrella”! Jo and the professor kiss under the umbrella after he tells her that all he has to offer are “these empty hands,” and she puts her hands in his and replies, “Not empty now.” I seem to recall I didn’t care for Susan Sarandon as Marmee, either, but as I’ve never wanted to see that film version a second time I cannot give a detailed critique.

Because of my feelings about the 1994 film, I was nervous at first about seeing yet another adaptation. Now, after only my first viewing of Greta Gerwig’s version (which I’m sure I will see again many times in the future), I find myself agreeing with another audience member I overheard telling companions on the way out of the theatre, “I’ve seen three different movies made of ‘Little Women,’ but this is my favorite.”

The dialogue at the top of this post opens the story of Alcott’s Little Women. In the new adaptation, the pre-Christmas complaint scene is moved and solutions the sisters find in making and/or purchasing modest gifts are omitted, but Gerwig does what she does so gracefully that I cannot object. The all-important introductory visit to the Hummels is there, intact. And that brings me to something the film adds that a book cannot: strong, big-screen visuals that put the viewer not only in the heart of the family but also in a geographical/historical context. I found myself devouring outdoor and street scenes and interiors of houses, as their world became as real to me as the sisters themselves.

I did wonder, early on while watching, if someone unfamiliar with the story would find the time shifts confusing (there is nothing faintly like that in the strictly chronological presentation of the written book) and have difficulty catching all the dialogue when many voices were speaking together. My own movie-going companion, the Artist, never having read the book, was that very person: unfamiliar with the story, he did have difficulty catching everything that was said and making sense of all the time shifts. Well, I told him, I was completely lost the first time I saw (never having read) the film version of Kurt Vonnegut’s Slaughterhouse Five, but I certainly wouldn’t change it. And I wouldn’t change Gerwig’s “Little Women,” either.

So many of the scenes from the book were there, just as L.M. Alcott wrote them, such as Amy falling through the ice when she follows Jo and Laurie after having burned Jo’s manuscript. Laurie’s proposal and Jo’s refusal: that scene, too, was straight from the book. I know the written story so well that I was aware of every addition or subtraction or substitution, but they were masterfully done, and I felt the story flowed along seamlessly.

I’m still thinking about the ages of two characters, however: Laurie and Professor Bhaer (the latter generally referred to by his first name in the film). Both appeared much younger to me than I would have made them. I am coming around to accepting boyish Laurie, but Friedrich I can’t help wishing older and maybe not so handsome, more as he was in the book — though the actor’s very winsomeness makes it hard to complain about his looks!

The Artist asked me if the mother had been as much a background figure in the book as she was in the movie. I hadn’t thought about that before, but I think the answer is yes. She appears from time to time to offer sympathy and guidance, but it is the sisters themselves who form their own world, as young people always do, as each generation does.

In the car on the way home, I found myself telling the Artist about parts of the book that hadn’t made it to the screen. For instance, I loved the way they reminisced about the childhood game they played when small. “Backstory?” Yes. They played at being pilgrims, from John Bunyan’s Pilgrim’s Progress, and as children would carry little bags of “burdens” that tumbled down the stairs when they reached the “Celestial City” at the top. Approaching womanhood, their burdens change: Meg hates being poor, Jo’s patience is tried by her work with demanding Aunt March, Beth struggles with near-crippling shyness, and Amy can’t help envying “girls with nice noses.” She so wants a classical nose!

They are so real to me, the March girls. Do you know them, too? What do you remember most? Or did you not care for them at all? 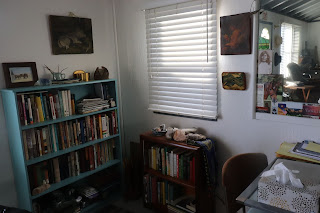 Pamela, I was delighted to find this commentary on Little Women this evening! I just saw the movie on Sunday in unusual company: two young Syrian friends, 17 and 19, who've been in this country for three years whose language skills are good but not excellent, and an older woman who is, like me, a friend of their family. Carol and I both said, "Hmmmmm ... it's been so long since I read the book. Maybe it's time to give it another look-see." The young women not only had never read it, but had a hard time following (a) the language and (b) the non-chronological order. They loved the movie anyway, felt they mostly understood it in spite of the unfamiliar manners, expectations for women, clothing, time period, family structures, war references, European sojourns, etc. They cried a lot, often in the same spots that "got" me. Their big question when it was over was, "What did Beth die of?" and they thought that scarlet fever was what had left their dad with a withered leg when he was small. They like movies that show family relationships and faithfulness (their first one in this country was The Greatest Showman, and told me at the time that that's why they wanted to see it).

I don't recall identifying or not identifying with Jo myself, and can't remember how old I was when I read the book, but I'm guessing I was not yet a teen at the time. I can say that a friend recently told me that she only liked the character Jo, that all the other sisters "seemed like Caspar Milquetoast." In the movie they were fleshed out into much more believable characters than that, of course!

I recently heard a This American Life episode on which a Pakistani American woman who'd been essentially kidnapped and imprisoned by family on a visit to Pakistan as a teen to mold her into a good wife, mentioned she had one book, Little Women, which someone had smuggled to her. She separated it - literally - into chapters to lessen the risk of having it taken from her, and read them over and over and over again through all the punishments and pain she experienced. She finally escaped. She still uses the text to guide her in her life decisions. I'm pretty sure SHE identified with Jo!

Pamela, I too was Jo, of course. We have a hardcover version of the book from my mom's childhood. I read it over and over, immersed, as you say in the predictable but so very real world. My brother and sister and sisters in law saw the movie after Christmas. We all loved it--and we're a disparate crowd. Visually I found it fascinating as you did. We were all a little confused by the tine shifts at first, though three of us were familiar with the book. We arrived five or ten minutes late, so that may have been why. I've never seen another movie version but I thought as I watched, this will be the one I stick with.
--Ellen

Laurie and Ellen, what a wonderful surprise to find your comments in my e-mail this morning and to be able to hit 'publish' on both of them! Real comments from real people (i.e., not spam)! Laurie, the perspectives you shared from viewers and readers from other countries fascinated me. And Ellen, well, of course you would be Jo! So glad you liked yourself in this new movie version! Love to you both --