The Other Side's Gateway 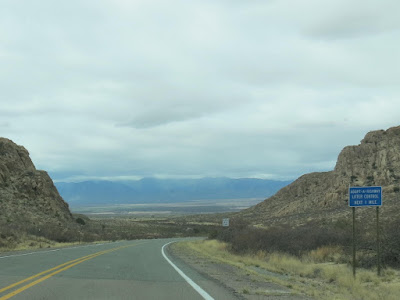 We never did get over to Portal three years ago when we were here, and this year the Artist very much wanted to see it, having heard so many alluring tales of the place. Whichever way you go, unless you’re a hawk, it’s a long way to Portal from Dos Cabezas. The options are to (1) retreat to Willcox, get on I-10, cross the state line into New Mexico, and take a paved road south and back west; (2) head straight for the mountains and then brave a winding unpaved road full of switchbacks to the other side; and (3) drive south to Douglas and then backtrack northeast, eventually entering by the same road west you would have reached in option (1). 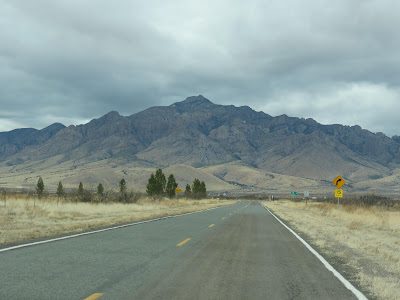 As trail boss, it was my call to make, and I called the New Mexico route. As I said already, it's a long way around. But it's also a beautiful drive, and we had no schedule to keep. 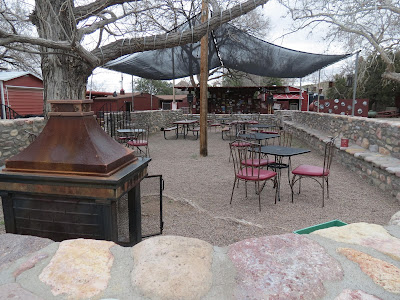 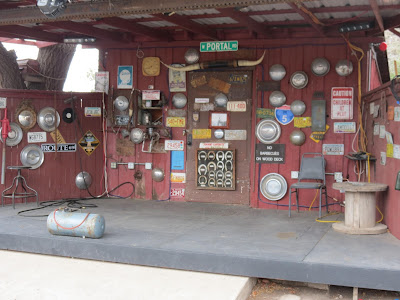 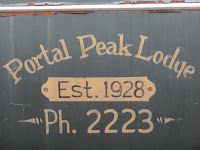 Other than birding, the main action in Portal is the Portal Cafe and Lodge. We were there in what was still jacket weather in the mountains, but we could see that there would be a lively outdoor scene in weeks ahead, apparently including live music. The Lodge has been around for 90 years, and the setting could not be more lovely, filled with trees and nestled below towering rock faces. 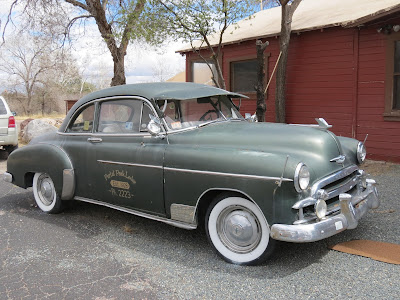 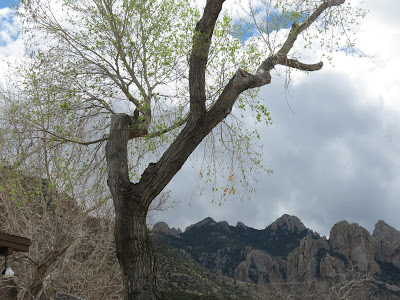 There isn't a lot more, but we liked what we saw -- in addition to the cafe and lodge and a few houses, a post office, a little library, and even a bookstore! Amazing! Sadly, we were there on a day when neither library nor bookstore was open. 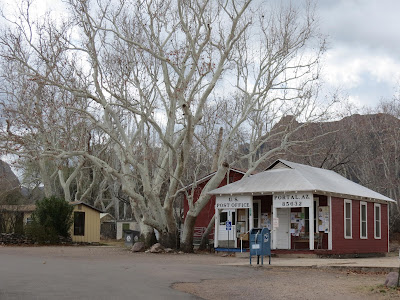 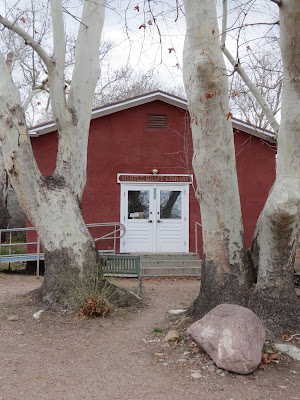 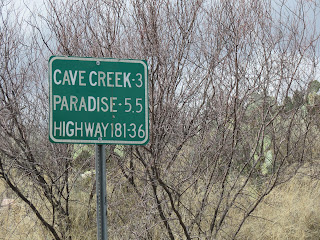 Contemplating the road leading back by way of the mountains, this sign about mileage gave us pause. Only 36 miles back to our side if we braved the challenging road? Was there still snow that high up? Would we be able to negotiate the road without 4WD? After questioning locals, we decided to return the same way we'd come, but we were encouraged to follow the mountain road for as far as it was paved before turning around for our return: that way we would be able to visit the ranger station, enjoy the views along Cave Creek, and also see parts of the Southwest Research Station, operated by the Museum of Natural History on land formerly owned by Sky Island author Weldon Heald and his wife. I was especially keen to see where the Healds had lived, having read Weldon's book three years ago and again this year. 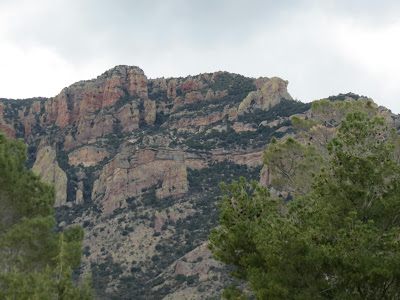 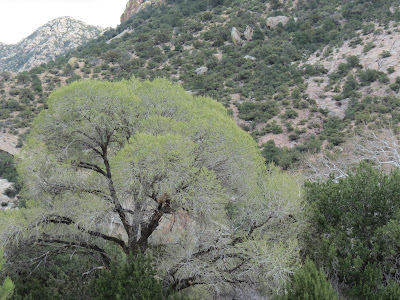 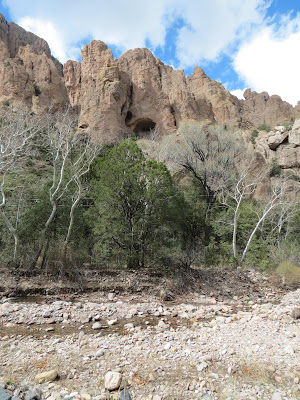 The road along Cave Creek was magnificent! Mountains were breathtaking at every turn, cool shade refreshing, running water in the creek bed a pure delight! We were smitten! The Artist was particularly smitten, thinking it the most beautiful place he had seen anywhere in Arizona, and he began fantasizing about spending a winter in Portal. Those who know us will not be surprised, realizing that we have a rich fantasy life... 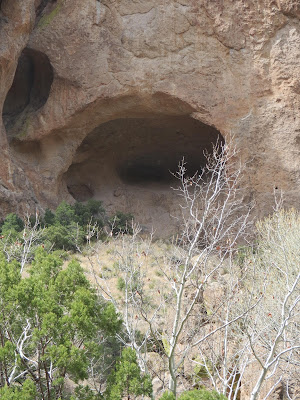 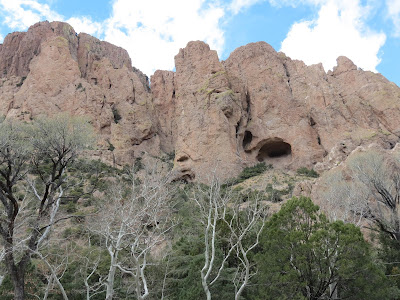 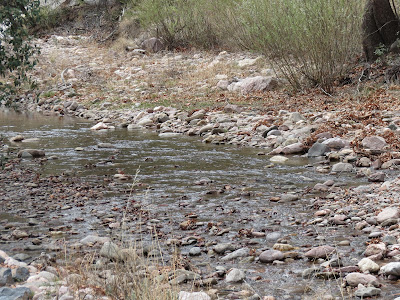 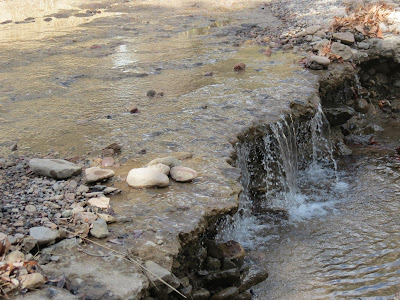 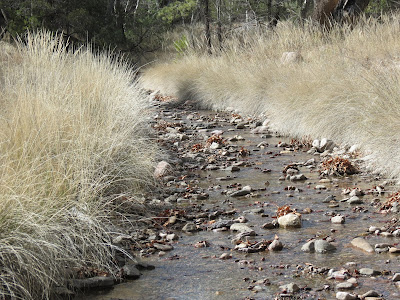 A few days later, I happened to be in line at the grocery store in Willcox behind a woman who had traveled over from Portal to do her food shopping. Did she say it was a 100-mile trip -- one way? I asked about the mountain road, and she said that, while the distance was shorter through the mountains, the time it took was the same as the longer way around via New Mexico and the expressway. I felt vindicated in the decision I'd made as to our route the day we made the trip, and I also wondered how long the Artist could possibly be contented in the isolation of Portal, given that he thinks our ghost town cabin is already in the "middle of nowhere," and here we are only 14 miles from a town with a big grocery store, a movie theatre, and numerous gas stations. Though they do have the charming little cafe and library and post office, there is no gas station anywhere near Portal. No grocery store. It's a one-hundred-mile, one-way trip to doctors' or dentists' offices or pharmacy, too.

I like living out in the quiet of our ghost town, but even I would be difficult to spend the winter months in Portal's much more extreme isolation, despite the beauty of the area. A more appealing alternative, to my way of thinking, would be to spend a few days in rental accommodations on the Southwest Research Station grounds. Three meals a day are included with housing (so the trail boss wouldn’t have to be cookie, too), and it would be a lark to spend between-meal time hiking along Cave Creek looking for birds, without a care in the world. 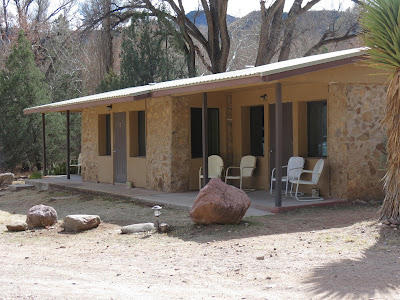 Or, we could simply do again as we did that one time -- go over for a day and come back home again. Really, that worked out just fine, as far as I'm concerned. 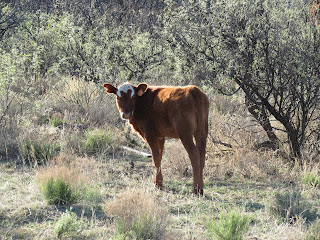 Don't even think about leaving Leelanau. We love you right where you are!

WHO SAID THAT? CONFESS!