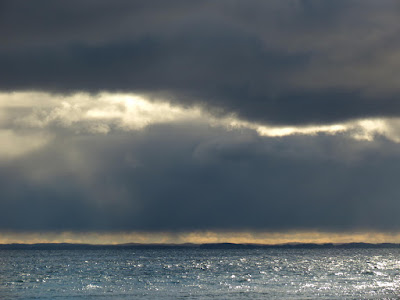 My rule for including a book on my “Books Read” list for any given year is that I have to read the whole thing. If it’s on my list, I read it from beginning to end. That doesn’t mean I read every book I pick up from beginning to end, but it does mean I try not to waste much time on books that aren’t worth reading in their entirety.

Earning that listing right (my own rule) might seem like enough reason for me to plow ahead with Of Time and the River, though at page 511 of the 912-page book I was beginning to long for the end. But I like to have at least one additional reason, because otherwise I begin to have doubts, coming because I remember a why-we-are-in-Vietnam argument that went, “We have to stay and keep fighting because it’s already cost us so much.” My Thomas Wolfe reading correlative might be, “I’ve spent so much time on the book that I have to [double my investment to] reach the end.” Not a great comparison, since it’s only time, not lives, at stake, and only my own time, and the end of the book is in sight, whereas, for year after year, no one could not say that about the war. But I do think I need more reason to keep reading a book than having already read a lot of it.

So what’s my supplementary reason for battling on through Thomas Wolfe fatigue? Maybe I should first say something about what’s brought on the fatigue, and I’ll introduce it with a question: How does Thomas Wolfe portray character?

The main character in Of Time and the River, Eugene Gant (from Look Homeward, Angel), is so intensely autobiographical it’s embarrassing. Wolfe spares us none of young Gant’s overwrought emotions, and we are privy not only to every sensation but also to every judgment that Gant makes about other characters, almost as if in reading the book we have the experience of inhabiting his mind and body. Other characters are portrayed very differently, which makes sense, since the story is told from Gene’s point of view, albeit in the third person. Of course Wolfe/Gant, with access to Eugene’s insides, could only know other characters from the outside – from their appearances, speech, and behavior. I get that.

But the extreme lack of sympathy shown for other characters, especially those with different ethnic backgrounds – is it only the characters, or is it also the author’s, or was it the way the author felt when younger but got over as he matured? Negroes (frequently referred to with the more vulgar N-term) and Jews, Greeks to a lesser extent, are “oily” and “primitive,” with features of face and hair and body exaggerated and dwelt on at great length. Women, of any age, are generally either seductive or repulsive – sometimes, paradoxically, both! Is it only Gant, or was it Wolfe, too, who looked on other human beings not only as separate from himself but almost as members of another species? All others in this book, it seems, are Others, examined and described with the glittering, objective, curious but at the same time repelled eye of a boy collecting insects and pinning them, still wriggling, to his collecting board. This would be off--putting at any time, but at the end of an election cycle marked by statements of prejudice, hatred, and fear, it's downright sickening.

Sickening. Tiresome. Sad. Maddening. You just want to slap the egocentric, self-dramatizing young genius (already a legend in his own mind) upside the head and remind him that he, too, is a human being, seen from the outside by other people! How about putting that gigantic imagination to work to try to understand other people’s situations? That’s what I mean by Thomas Wolfe fatigue.

So you’re probably wondering, why go on at all? What on earth can justify my spending more time in Wolfe’s world?

“I love the language,” a friend of mine frequently says of a book she’s just read. And while there’s plenty of Wolfe’s language I don’t love, there are other passages, long and lyrical, which absolutely soar. Overwritten, maybe, from the postmodern point of view (certainly often emotionally overwrought), but when he leaves characters behind and pens hymns to land and trees, to rivers, to cities and towns, to trains and night, to time – all manner of general experiential topics having nothing to do with individuals or plot – then I want nothing more than for a friend to interrupt my reading just long enough for me to say, “Wait! Listen to this!” And then I’d begin to read aloud.

The river is a tide of moving waters: by night it floods the pockets of the earth. By night it drinks strange time, dark time. By night the river drinks proud potent tides of strange dark time. By night the river drains the tides, proud potent tides of time’s dark waters that, with champ and lift of teeth, with lapse and reluctation of their breath, fill with a kissing glut the pockets of the earth. Sired by the horses of the sea, maned with the dark, they come.

In these passages, repetition of words and phrases, so very annoying (and at times disgusting) when a character is described over and over with the same objectifying words and phrase -- these descriptive passages not involving other human beings are poetry, song. Wolfe can go on for pages like this, and when he does I feel the wind in my hair as the horses of the sea carry me across the water, and I ride through the night in the train, peering through the window at passing scenes. Oh, then Thomas Wolfe is glorious!

So there you have it. In the early pages of the book, I was thinking of recommending the novel to others in our Ulysses Reading Circle. I have abandoned that thought. I will, however, finish my own reading Of Time and the River, and I believe it will have been time well spent.

On the other hand, will I re-read it someday or pick up another novel by Thomas Wolfe? Not likely. By the time I get to the last page of this one, I will have been well immunized. 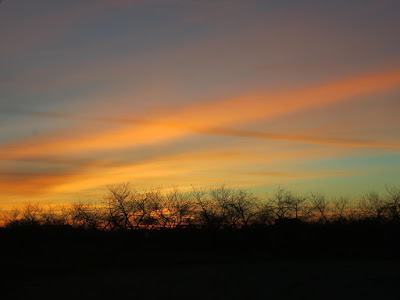 It has crossed my mind that I am not a particularly literary person. I love books, language, the reading experience itself - but it happens that I will begin a book and at some point say to myself, "I just don't have time for this." Meaning, really, that I'm not going to live forever and the time I have is too valuable to spend in that particular book. Fortunately there are many, many good books . . . and I've encountered quite a few of them right here!

I've bailed out a few times myself, Gerry, and other times I've skimmed shamelessly. You're right that life is too short for..., etc.! In another season, I might not have persevered with Thomas Wolfe. What does that mean? I don't even know....

Decision theory which was a required course for library science,says that decions should not be made based on sunk costs (money already spent) but that people usually do make decisions that way. Similar rule for pages alreafy read .

I feel much the same about D.H.Lawrence. All the way through his novels I think that, "Yes, that's exactly how I felt when I was an adolescent;" and when I''m finally through, I think, "That's another short story gone long...."

Dawn and Helen, you both made me smile. I finished the novel this morning. The gains? Appreciation for the wonderful lyrical passages; fervent admiration for the editor who kept the book from being twice as long; and freedom from any future guilt over not having read other Wolfe novels!

Last night I decided against going on with my reading of GRAVITY'S RAINBOW. I could have gotten through it. I have gotten through SWANN'S WAY, TIME RECAPTURED, INFINITE JEST, ULYSSES, and OF TIME AND THE RIVER. But GRAVITY'S RAINBOW is the last novel I need to be reading at this time in my life and the life of my country. I bailed out. Watched the film version of "Sense and Sensibility" last night and spent the morning reading NEW YORK REVIEW OF BOOKS and FOREIGN AFFAIRS.

We don't get a do-over in the campaign or the election or in any other aspect of personal or political life."Going forward" is a phrase that adds nothing to a sense, in that there is no other direction we can go.