Recently: Eastern Europe and Me 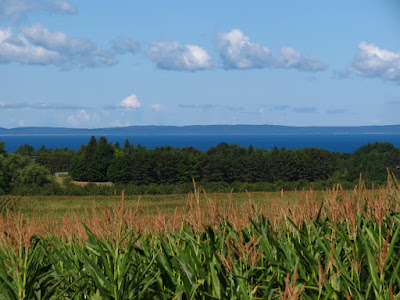 Kathleen Stocking’s essay about her Peace Corps teaching experience in Romania probably kicked it off. “Something Else Week” is the title of one of the essays in Kathleen’s new book, The Long Arc of the Universe: Travels Beyond the Pale.  Then, can Russia be considered Eastern Europe in some sense? Letters from Russia, by a Frenchman who traveled to Russia in 1839, surprised me by how much 19th-century czarist Russia sounded like things I’d read and heard about life in the U.S.S.R. in the 20th century. 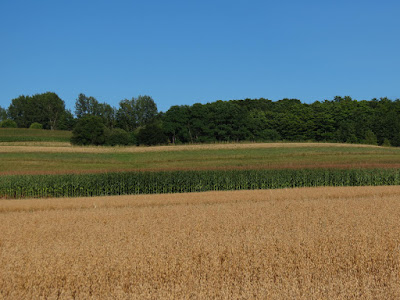 The late Tony Judt wrote of past and present all over the world, but one of his special areas of interest and expertise was Eastern Europe, a geographic area he felt had been sorely neglected by Western historians. While I may never make my war entirely through Postwar, many of Judt’s essays posthumously edited by his widow and published under the title When the Facts Change: Essays 1995-2010 either focus on or somehow make reference to Eastern Europe. 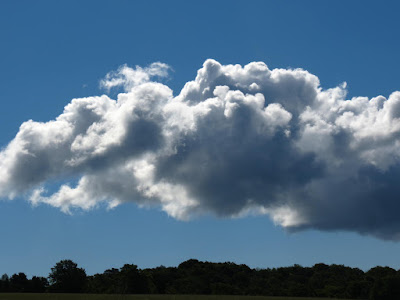 Halfway through my reading of the Judt collection, I plucked from my bookstore shelves Cafe Europa: Life After Communism, by Slavenka Dakulic, and took it home to read. Cafe Europa is a book that’s been in the shop for a while now, without anyone buying it and carrying it off – luckily for me, or I might have missed reading it. The author, born in Croatia in 1949, writes of the changes her native land has seen in her lifetime and the difficulty of shaking habits, mental and social, that may be holding back the arrival of truly responsible democratic citizens. Again and again in Drakulic’s essays comes the theme of the rewriting of history, still going on in Eastern Europe although Communism is gone.

Tony Judt was concerned with rewritten history, also, as was the Marquis de Custine when trying to understand Russia under the czars and where it might go from there. You might say that an interest in Eastern Europe leads naturally to a concern for honest history, given the way the subject has been mistreated in that part of the world. Not only there, of course, but to an important and serious extent, beginning in the past and continuing in the present. Another feature common to Judt’s and Drakulic’s essays is the idea that “Europe,” as a unitary place, the salvation of smaller countries from Russia to the Atlantic and the Arctic Circle to the Mediterranean, is itself a myth, a vague article of faith with little correspondence to reality. 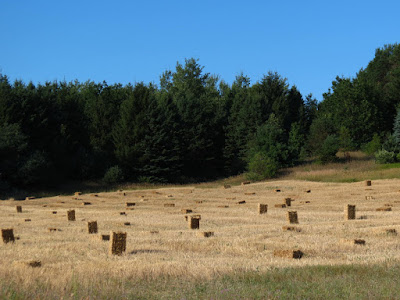 Time for a switch to fiction – and what jumped out at me? War with the Newts, by Karel Capek, with a little upside-down caret over the ‘C’ that I can’t find in my “insert symbol” menu. This novel, “considered by many to be Capek’s greatest book,” is in the “satiric tradition of Wells, Orwell, and Vonnegut,” according to the blurb on the back. I also find there this account of the author:

Karel Capek (1890-1928) earned recognition as a journalist, playwright, and novelist in Prague before and just after the First World War. In the Czech Republic of the 1920s, his reputation was broadened by the international acclaim that greeted his play R.U.R. as well as subsequent novels and stories....

What did I expect? Whatever it was, it wasn’t what I found inside the covers of this paperback novel. This “Eastern European” novel, at least as far as I’ve read so far, is set mainly in the South Seas, where the captain of a freight-carrying and pearl-fishing expedition boat encounters a colony of – well, we are not sure yet what they are. Newts? Lizards? Tritons? They live in the ocean but are very dexterous and quick verbal learners. Preyed upon by sharks, the tapas (as the narrator calls them, following local native practice) bring up pearl-bearing oysters to the captain subsequently trade him pearls for knives, and eventually learn not only how to open oysters with the knives but how to use them to kill sharks. The plot has thickened considerably! What next? I’ll let you know how it goes. The real question will be how much of the political satire I am able to decode from the story.

And in my Bohemian country neighborhood, as you can see, the farms are doing well. 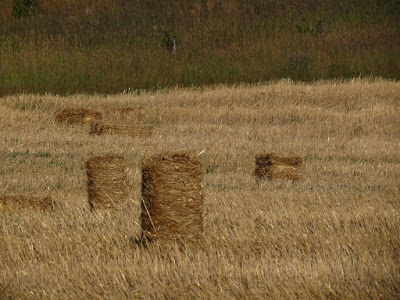