Morning Reading: Back for the Last Few Chapters 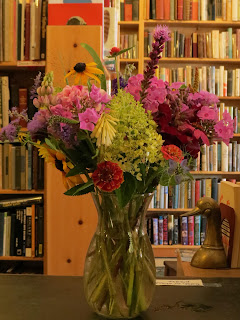 “Do you have time to read?” one of the first people in the bookstore door asked me this morning? Not so much here at work, I told her, but I get up early. This morning I read between 7 and 8 a.m., but I’m often up by 5 or 6 a.m. (more time to read) or occasionally up at 3 a.m. to read a while before falling back to sleep for the rest of the night. 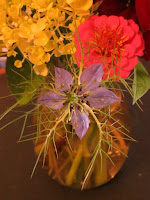 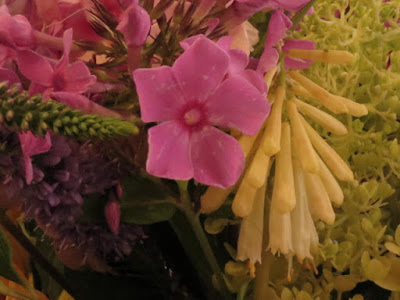 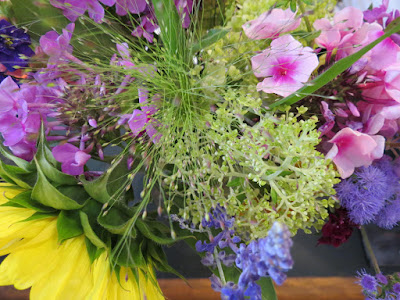 Thursday was a surprisingly busy bookstore day, with annual visitors from Chicago, part-time residents from Pennsylvania, old Leland neighbors, and others who have become dear friends over the years. There were first-time visitors, too, as is often the case in summer. So when I woke in the middle of the night and thought about getting up to read on the porch, I managed to go back to sleep instead and not get up until the sun was up, too, 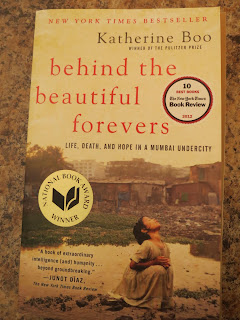 and that’s when I finished the final gripping chapters of Behind the Beautiful Forevers: Life, Death, and Hope in a Mumbai Undercity, by Katherine Boo.

The undercity in the book's subtitle is a slum called Annawadi, a makeshift settlement cheek-by-jowl with the official city’s modern airport and high-rise motels. Annawadi residents live in shacks built of whatever materials they can scrape together, and they make their lives pretty much the same way they build their homes, children sorting through garbage for recyclable materials they can sell to buy food for their families. Around the airport a tall fence plastered with advertising keeps the poor at a distance and hides them from international travelers, one floor covering advertised promising to remain BEAUTIFUL FOREVER BEAUTIFUL FOREVER BEAUTIFUL FOREVER ... FOREVER ... FOREVER ....

Katherine Boo spent three and a half years, with three different interpreters, interviewing residents of Annawadi for this book, determined to learn how ordinary low-income people, especially children, were navigating “the age of global markets.” Over and over, she found them improvising and adapting.

Behind the Beautiful Forevers is a nonfiction book, extensively researched, that reads like the most gripping of novels. We come to feel we know various characters intimately and share their struggles and defeats, hopes and dreams. Katherine Boo in her “Author’s Note” at the book’s conclusion writes:

Just as the story of Annawadi is not representative of a country as large and diverse as India, it is not a neat encapsulation of the state of poverty and opportunity in the twenty-first-century world. Still, in Annawadi, I was struck by commonalities with other poor communities in which I’ve spent time.

In the age of globalization—an ad hoc, temp-job, fiercely competitive age—hope is not a fiction.

Much else that reads like fiction in this book is not, for example, the boy Abdul’s musings about water and ice.

Water and ice were made of the same thing. He thought most people were made of the same thing, too. He himself was probably little different, constitutionally, from the cynical, corrupt people around him.... If he had to sort all humanity [as he sorted garbage] by its material essence, he thought he would probably end up with a single gigantic pile. But here was the interesting thing. Ice was distinct from—and in his view, better than—what it was made of.

Abdul is a real person, and the image of ice was his. He wanted to have ideals and to believe in justice, despite his experiences with corrupt police and judges and hurried, overworked courts. And Abdul is only one of the real human beings you will meet and come to know in this unforgettable story.

“Would it make a good choice for a book club?” I was asked by the same woman who asked if I have time in my life to read. Definitely. Without a doubt. It is part of our real world of today, presented to us in human terms, in the lives of individuals with real names. Not surprisingly, it received for its Pulitzer-winning author a National Book Award for the year 2012. 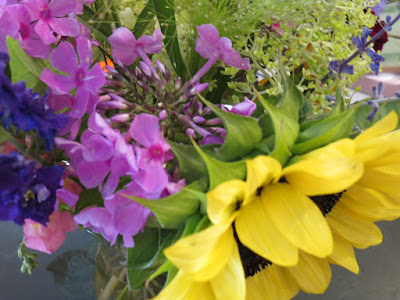 [The flowers in today's post, brought by friends Ed and Don, came from the U-Pick gardens in Omena, between Peshawbestown and Northport.]
Posted by P. J. Grath at 9:43 AM

A jolt of reality. We should all strive to be better than what we are made of.

Dawn, you have made a true -- and truly important -- statement.