Please Mind Your Manners in the Lake District

The farms and the flocks endure, bigger than the life of a single person. We are born, live our working lives, and die, passing like the oak leaves that blow across our land in the winter. We are each tiny parts of something enduring, something that feels solid, real, and true. Our farming way of life has roots deeper than five thousand years into the soil of this landscape. - James Rebanks, The Shepherd’s Life (NY: Flatiron Books, 2015) 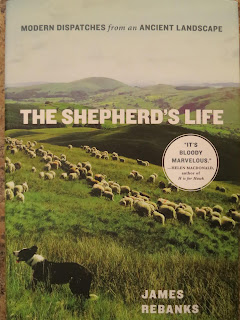 The Shepherd’s Life tells about sheep-farming in the Lake District of England season by season. The reader encounters details and arcane terminology for sheep that are a thousand or more years old. Dogs, too, as should go without saying – smart little border collies, dogs that can make all the difference between a farmer’s success and failure when it comes to gathering the sheep from the fells.

Rebanks the farmer and shepherd is a beautiful writer, and whatever subject such a writer chooses is worth reading. My farmer friends (and those, like me, with an inner farmer) will learn from and love this book, but so will my poet friends, world-traveler friends, and anyone curious about the world who appreciates good stories well told.

Those of us who live, as the author does, in a vacation paradise can draw more particular lessons from the book, because what Rebanks lays before the reader is an entire way of life. This part of England, he tells us, was unknown to the outside world until “discovered” by poets and hikers and made famous by Wordsworth, Thomas West, Beatrix Potter, and Alfred Wainwright. After these people came and fell in love with the region, they told others about it. The Lake District became a famous holiday destination. Outsiders came to buy vacation homes, and these outsiders loved the Lake District in their own way and wanted to “preserve” its wild areas but did not always appreciate livestock on the commons.

As a farm boy who had never thought of his home territory “as a place of books or for leisure,” Rebanks one day sat high on a fell neighboring his own family’s land with a Wainwright guide in his hands,

...looking down at the landscape farmed by my father’s friends, and cross-checking it against the guide. It struck me powerfully that there was scarcely a trace of any of the things we cared about in what Wainwright had written. Apart from the odd dot on the map for a farm or a wall, none of our world was in those pages. I am wondering whether the people on that mountain see the working side of that landscape, and whether it matters. In my bones I feel it does matter. That seeing, understanding, and respecting people in their own landscape is crucial to their culture and way of life being valued and sustained. What you don’t see, you don’t care about.

It is a curious thing to slowly discover that your landscape is beloved of other people. It is even more curious, and a little unsettling, when you discover by stages that you as a native are not really part of the story and meaning they attach to that place. There are never any tourists here when it is raining sideways or showing in winter, so it is tempting to see it as a fair-weather love. Our relationship with the landscape is about being there through it all. To me the difference is like the distinction between what you felt for a pretty girl you knew in your youth, and the love you feel for your wife after many years of marriage. Most unsettling was the discovery that the people who thought about this place in this way outnumbered us by many hundreds to one. I found that threatening to our very existence....

That’s a lengthy quotation, but I didn’t feel I could cut it any shorter, because it speaks of the shepherd’s life in all its aspects: the farm families, their committed attachment to the place and way of life, the invisibility of that way of life to holiday-makers, and the feeling that the newer kind of love threatens the survival of the older.

I am not a farmer, as you know. (Farming is yet another youthful dream path, like music, that my life did not take.) People say, in the Lake District, that it takes three generations to make someone a local. Well, at that rate, I can hardly even call myself American. One of my grandfathers was born in Ireland! My mother was born in California, father in Ohio, and I was born South Dakota, growing up (insofar as I ever did) in Illinois, coming to make a home Michigan only in 1967.

A recent meeting of the village planning commission grew tense when an audience member pointed accusingly to “newcomer” faces on the board, prompting several of those “newcomers” to defend themselves with statements of how many years they’d been “coming up here” (i.e., on vacation or for summers) and how many years they had now lived in Northport fulltime. Native American people make wry faces over such discussions, as well as the common statement, “In America, we’re all immigrants.” I had a customer once in my bookstore looking for a book about “local Indians” but not, she specified, modern-day Indians. She wanted anthropology, history, legend, not current real life.

Who counts? Who is visible? Whose lives and ways of life matter?

More than a few locals here in Leelanau County sport bumper stickers that read, “My home is your vacation.” (I think that’s how it goes. I always felt it would be punchier as “Your vacation is my home,” but we all get the point.) I remember a t-shirt from a couple decades back that warned, “Don’t mess with me – I’m a local!”

I live here, but there have been a few winters (we can’t afford to do it every year) when my husband and I have fled to an easier clime. A couple of my farmer friends themselves (one a fourth-generation local) are world travelers. And here’s what I want to say. If we travel  at all – any of us -- wherever we travel (unless it’s to Antarctica, the only continent on earth home to no historical or traditional human culture) we will be visiting someone else’s home. And if we move to make a home in a new place, we’re going to live where other people had lives before we got there.

When the irate local at the meeting called newcomers on the commission “an invasive species, like star thistle,” I touched him gently on the arm (he’s a friend) and said, “That’s me, too. I didn’t grow up here.” “No,” he said earnestly, “you can be a transplant without being an invasive species.” His distinction, as I understand it, is between newcomers who try to fit in and those who try to take over. Like the shepherd in the Lake District, he feels his existence threatened. But those he perceives as a threat felt threatened by his anger and became defensive in their turn. They feel they are helping the local community -- bringing it "up to speed," into the modern world.

Must everyone, everywhere, be goaded into a faster and faster way of life – everything high-tech, “branded,” and magazine-slick in appearance – or shoved off to the side of the road?

Not only in England’s Lake District, but in our own country, from Hawaii to Alaska and in all the forty-eight contiguous continental states, everyone’s vacation – or new home – or chosen retirement community – was already someone else’s home. Those who can afford periods (or lives) of leisure bump up against those working for a living. Because wherever you go, there will be people working, or life there would not be possible!

“Respect people in their own landscape.”

That sounds to me like nothing more than a particular application of the Golden Rule. If we think of it that way, it’s pretty easy to understand, isn’t it?

Well, I’ve barely touched on the wealth to be found in The Shepherd’s Life -- have only focused here on one of its many topics. Fathers and sons is another major theme. Economic vicissitudes and cycles. Livestock breeding. Schooling as preparation for life – or not. Oxford University. Town, gown, and farm. There’s plenty here for every reader’s interests. After all, the best memoirs present life much as do the best novels – in its particularity and its universality, through personalities never before encountered and yet familiar in many aspects, showing a way of life not experienced by the reader but shared by the writer. And this is one of those best.

I do want to say, lest you be put off by a shepherd’s resentment of invading writers, that James Rebanks came to an appreciation of Wordsworth and others, the more he learned of their appreciation for his way of life. His favorite, not surprisingly, was Mrs. Heelis, who also bred and showed sheep from her Lake District farms. You know Mrs. Heelis by her other name: Beatrix Potter. 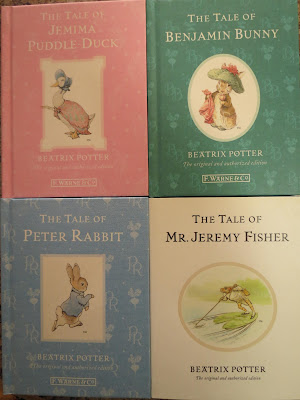 And another book I would not have discovered but for your review, and one I want to read. One of my very few but treasured trips outside North America was to the Lake District. Among my very few treasured souvenirs are two skeins of Herdwick wool from sheep descended from Mrs. Heeling's favorite breed. By the time I headed home I was overwhelmed by the sense that I was the Tourist Person in someone else's home place. It was easy to set Cumbria and my Antrim side by side in my mind and see all the ironies. My best memories: watching a farmer work his sheep dogs, a mama and her apprentice pup, and visiting Mrs. Heeling's farm.

I have many friends who have visited the Lake District and loved it. It is ironic, though, as you say. Here's a coincidence, too, Gerry -- an e-mail from one of my readers out in Eastport, Maine (not Michigan), who writes, "This post is so close to home I could have written it myself.........so like Eastport."