My gardening time on Friday morning was not really stolen: I earned it by getting up and outdoors at 6 a.m. Digging, planting, watering, mulching, weeding – everything that seemed like overwhelming burdens to my morning-wakeful-in-bed mind turned out to be leisurely, rewarding, meditative activities out in the soft June morning air. “Morning has broken/like the first morning” is the beginning of a song that often comes to my mind on these occasions. It restoreth my soul.

Gardening and reading could be combined, I suppose, if one were to wear a headset and listen to a recorded book, but when I’m outdoors in the morning I want to hear the birds, just as when I read I want to hold and feel the book. There was no time to steal for reading during most of the day at the bookstore. Time to sell books, yes, and time for conversations with friends old and new, messages to leave and retrieve, even a few sallies out into the sunshine, on errands, while David sat in the bookstore, but it wasn’t until after 4:30 on Friday that I had a chance to pick up a book, and I chose was Search Party: Stories of Rescue, by Valerie Trueblood.

Quite honestly, I began reading “The Mouse” because it was one of the shorter stories in the book, something I thought I might be able to finish before closing time if not interrupted. Naturally, I was interrupted (and that was fine, too, because it’s what I’m here for), but I knew I had my own copy of the book at home and could get back to the story later. In “The Mouse” we meet aging literary critic Lindenbaum and his much younger wife, Sofya, a poet of Russian emigre parents whose own personality or childhood experiences or a combination of the two made her a “difficult” adult. Lindenbaum’s household includes

...pets, birds as well as dogs, and even white mice for a number of years until the short life span of the mouse began to wear on him.

A single mouse appears on the following page. In a flashback to her childhood, we see the girl Sofya locked in a closet by her parents, when on the other side, visible to the child through the crack beneath the door

...a mouse appeared on the red wool and sat up to stroke its whispers, not briskly as a mouse normally does but feebly and dreamily. She felt a rush of pity for it. But was it more than pity? Was it love? The feeling swelled past the mouse – past the fir on its chest made pink by the sun on the rug, the flimsy hands curved, even without a thumb, in the ballet position arrondi, as she knew from forced months at the barre – and on, to things a mouse must know, must live for, passageways, smells, and its own kind, and from there to things unknown to it because it had to be a mouse, a world of things going on somewhere, everywhere with nothing to rule them.

Being plunged so thoroughly into a mouse’s world and just as suddenly pulled out of it again is dizzying. This is not the central incident, but now, re-reading this story I am wondering about its connection to Sofya’s relationship to the convicted accomplice in the assault that resulted in Lindenbaum’s death. Whether or not there is a connection is not for me to say. I will say that this story, slightly over eight pages long, is perfect.

Friday evening David and I were both too tired for yard work, and things were looking orderly enough that we gave ourselves the evening off. I was happy to stretch out on the front porch, by an open window, birds singing to me from the background as I read about John Quincy Adams’ sad presidency. 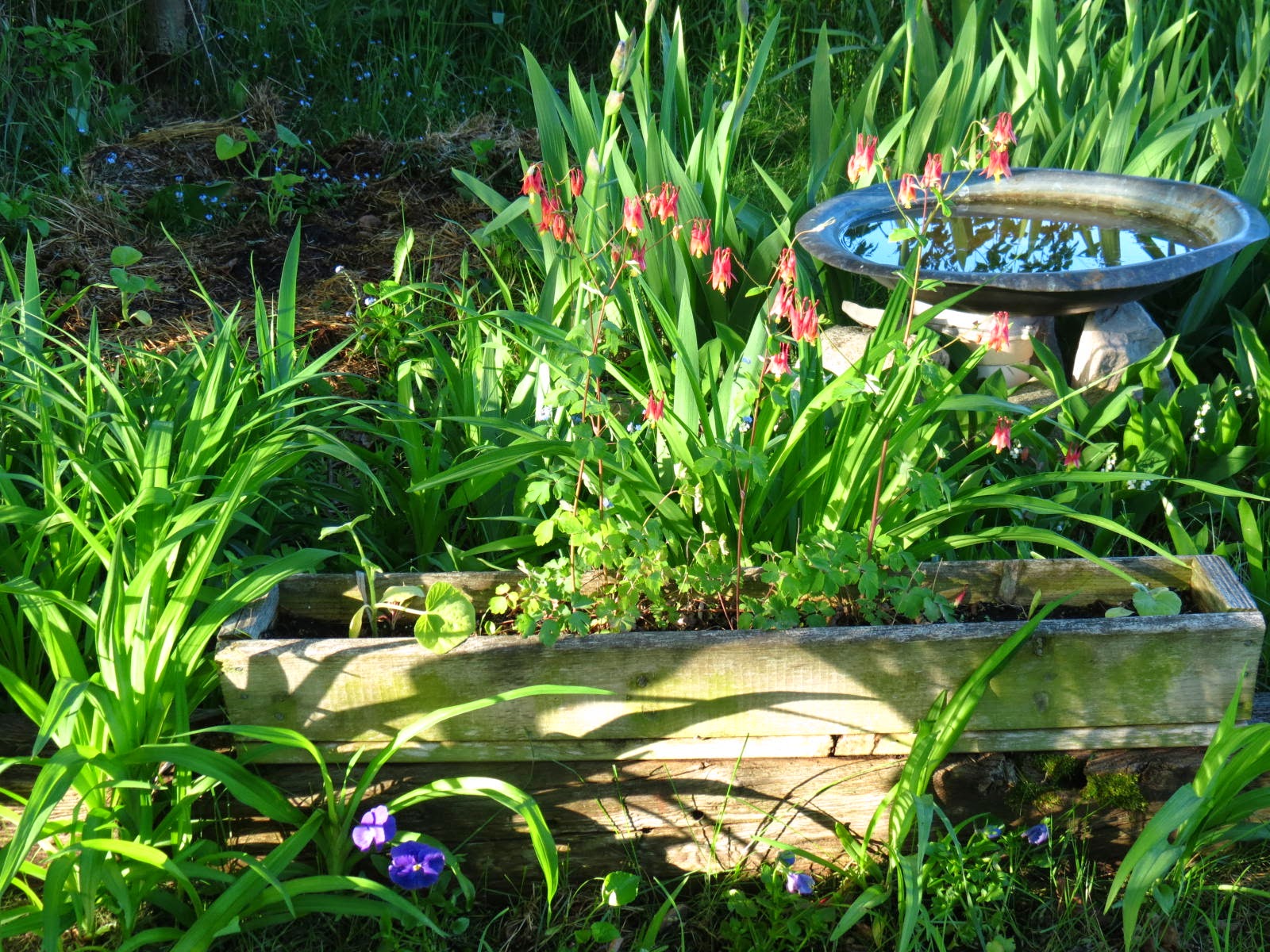 On Saturday morning I rose an hour earlier -- at this time of year, at the 45th parallel, the sky at five o’clock in the morning is already lightening to the northeast, and in this morning’s stillness the soft gurgle of our little no-name creek filtered through the willows – and worked on a brief writing project I’ve delayed starting for years, turning next to read the opening chapters of a novel by Maritta Wolff, before going outdoors with Sarah again at six to water gardens and sit quietly with sketchbook, pen and pencils. Crows and chickadees were calling by then, soon joined by robins, then a catbird and an oriole hidden in high foliage in silver maple and popple.

My gardening this year is so haphazard it hardly merits the name. Tomato plants went into holes dug right in the sod, flakes of last year’s old, spoiled straw snuggled tight up against them, while I found room for squash plants in what used to be a flower garden before being overtaken by grass (plenty of newspaper under more moldy straw flakes put down to give the squash a lead in the competition with the grass) and planted melons in an old wooden box. When the melon vines manifest, I’ll guide them into the squash garden rather than out onto the grass – and hope they cooperate. Hope is the negligent gardener’s most important tool. I should say too that I was inspired this year by Patricia Lanza’s Lasagna Gardening, the latest twist (with many new variations) on Ruth Stout’s old no-work method. Found room for a couple of collard plants at the end of the rhubarb, cutting the latter back to make space. 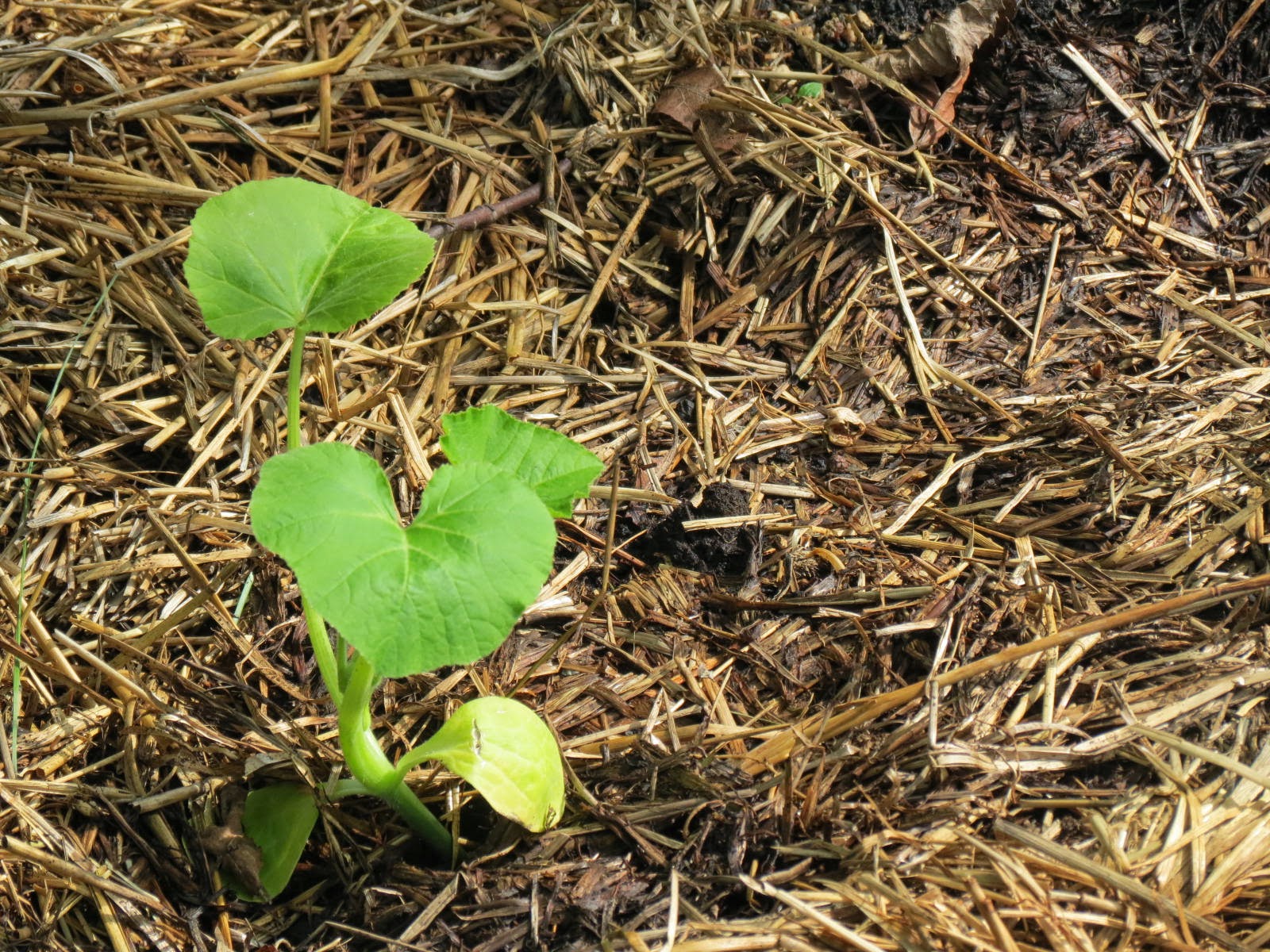 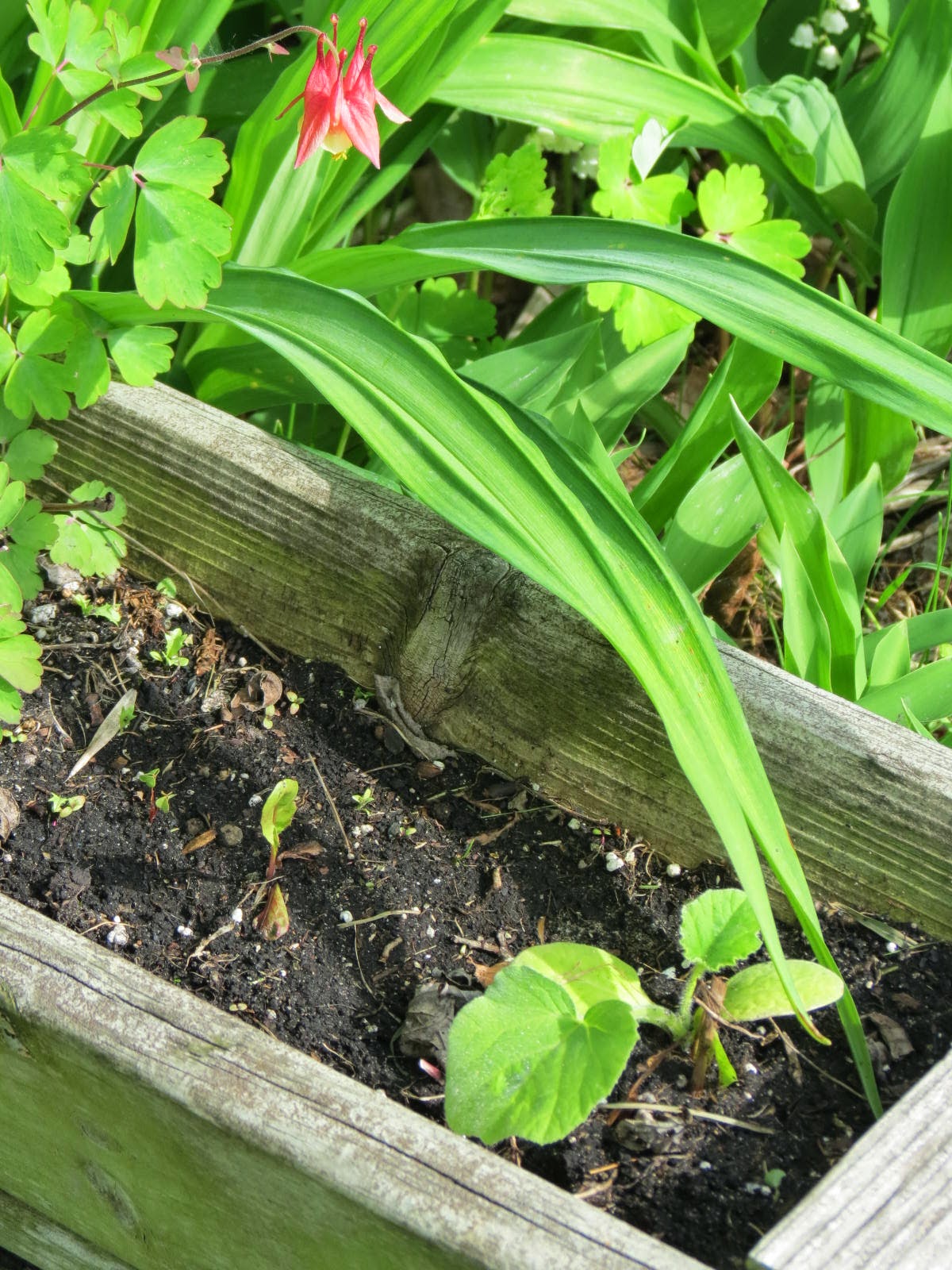 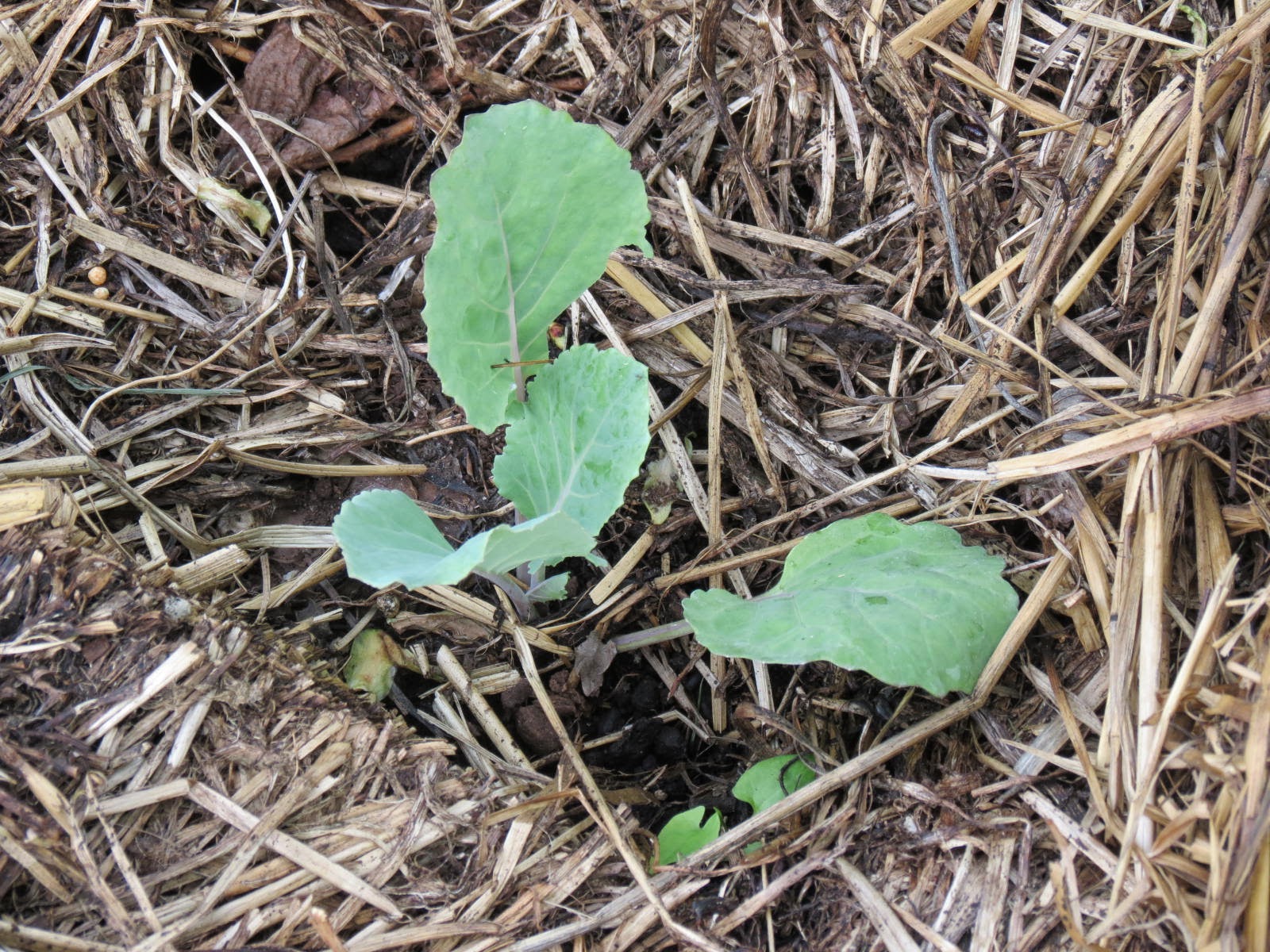 All day Saturday, though, my mind kept turning to New York, where California Chrome would be racing for the last jewel in the Triple Crown, his owners hoping he would be the first horse to win all three races since Affirmed did it 36 years ago. No filly has ever won the Triple Crown, and only three have won the Kentucky Derby, but something tells me that the fabulous Australian horse, Black Caviar, could have taken the Crown. And I hope you followed the link to see how gorgeous she is!

But – then came Saturday evening, with all cameras and attention on one horse in a field of eleven, and that horse did not win, place, or show. Yes, it was disappointing. I was disappointed. Tonalist was my #2 pick, however, and a beautiful colt, with a story all his own, and he ran a great race to win.

More than California Chrome’s loss, I was deeply disappointed in his co-owner’s inappropriate remarks after the race and disappointed in the press for following up Coburn’s angry, unsportsmanlike jabs at other owners for taking what he called “the coward’s way out,” i.e., running horses in the Belmont Stakes that had not had Chrome’s recent grueling campaign in Derby and Preakness. (I'm not putting in a link to that intemperate outburst.) Coburn knew, taking his horse into the Belmont, that other horses in the field would be fresher. If he thought that made it an unfair race, he shouldn’t have had his horse in it. The Derby and Preakness have never been prerequisites for Belmont Stakes entry, but suddenly one angry, disappointed owner thinks they should be, and in my opinion he’s just wrong. It's easy to be gracious in the winner's circle; a sore loser casts a pall over the whole event. Tonalist missed the Derby because of a lung infection – that’s no reason to disqualify him from the Belmont. Each of the three Triple Crown races has always been a stand-alone event.

Then, with Tonalist’s owner in the winner’s circle, a time and place for joy and congratulations, an interviewer asked Tonalist’s owner, Robert Evans, what he thought of Coburn’s “coward’s way out” accusation. Again, inappropriate! Not the time or place! Evans had no comment. Good for him!

Was it irony or poetic justice? Call it what you will, but the Evans family owned Pleasant Colony, the Kentucky Derby and Preakness winner that (I always want to say “who” for horses and dogs!) came in third in the 1981 Belmont Stakes, failing to capture the Triple Crown that year. “When Pleasant Colony lost [the 1981 Belmont], silence fell over his famiily’s [Evans] box.” Silence, disappointment, tears, grief are all appropriate. Calling the winner a coward is not. It’s always been very, very difficult for a horse to win the Triple Crown. That’s why it’s such a big deal.

Owners and journalists interested in “saving racing” need to give the winner his due. Trainer Christophe Clement and jockey Joel Rosario deserve congratulations, too.

Gorgeous horse, French trainer, Dominican jockey, owner whose family was disappointed by their horse's finish in the Belmont 34 years ago -- the Tonalist story deserves attention.

I was so thrown off my feed by the sour-grapes aftermath of the Belmont that I woke in the middle of the night and couldn't get back to sleep. Before going to bed I'd read several chapters of a disappointing self-published novel but didn't need more disappointment in one day, so in the wee, dark hours I again turned to The Adams Family. Picking up the story of John Quincy Adams after what I called earlier his "sad presidency," I was happy to learn (maybe some of you already know this, but I'd forgotten if I ever did know) that JQA did, over his son's objections, follow his single term as president with almost two decades in the House of Representatives, and those years turned out to be much more productive and satisfying to him and more important also to the country. He served from 1831 to his death in 1848, and after anti-slavery petitions had so angered Southern representatives that they instituted a "gag" rule, he fought tirelessly for the Constitutional right of any citizen to petition the government.

I'm glad Tonalist's owner ran him in the Belmont even after illness kept him out of the Kentucky Derby, glad John Quincy Adams set aside his son's opinion that the House of Representatives would be a come-down for a former President, and glad too that I decided to plant some vegetables, after all, even without the time to prepare a proper bed for them. Not, you understand, that I'm comparing myself to either JQA or Tonalist! Just sayin'. 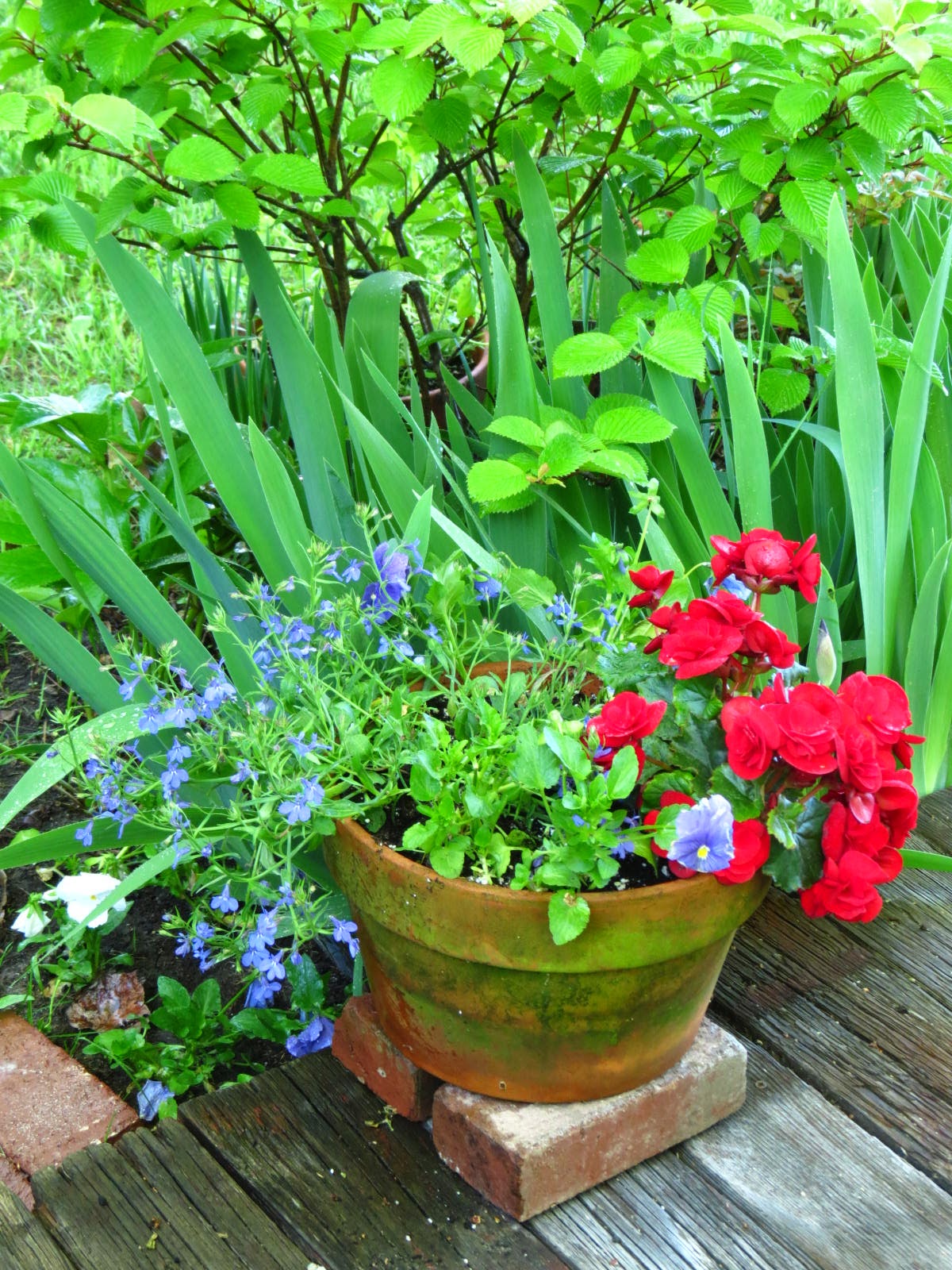 One of Chrome's owners has a connection with Houghton, MI. Not Coburn, it seems. Here is an interesting link about it: http://www.mininggazette.com/page/content.detail/id/533897/Kentucky-Derby-hopeful-has-Tech-connections.html?nav=5009

It will be interesting to see how your garden turns out! I may take your approach on another year.

Pamela...I'm not a horse person, but did watch the Belmont States, hoping too for a Triple Crown. Not to be. Have you seen the new colt in the fenced area next to Suttons Bay Animal Hospital? She's a little beauty! Trying to remember to take my camera when I go that way. Karen

Kathy, I learned of the U.P. connection shortly before the race on Saturday. I'm thankful it wasn't the Michigan owner who bad-mouthed the rest of the horses in the field and their owners.

Karen, yes, I've seen that sweet little thing, but thanks for reminding me. They grow up so fast! But beautiful at all ages....

Trainer is a Tech grad.