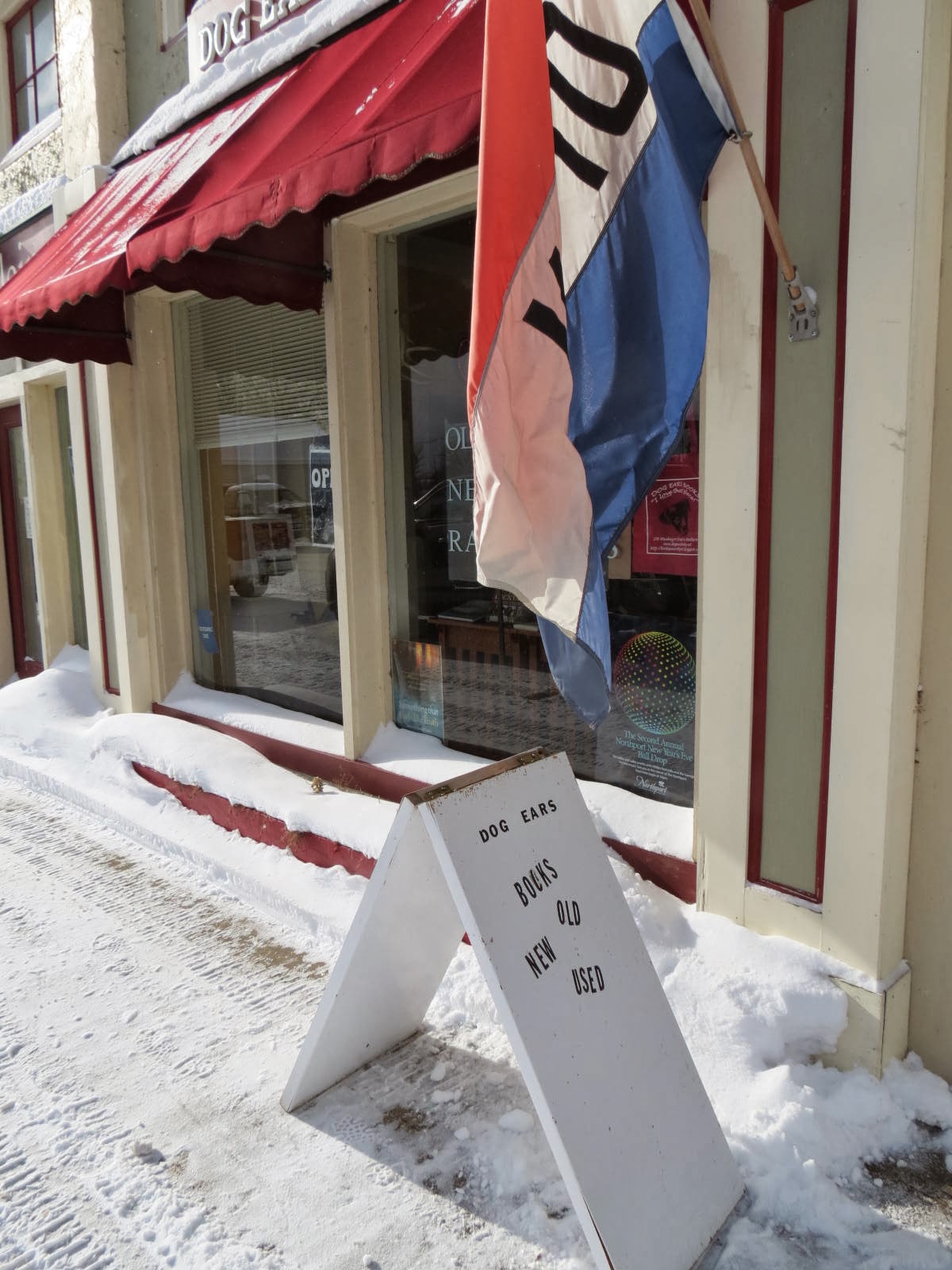 With all the digital technology and digitized information at our fingertips these days, it’s getting harder and harder to tell who knows what. Is he smart, or is it just his phone? In some cases, both human and phone can be called smart, but you see my point, and perhaps an important distinction is lost when we apply the same word to a person and an appliance – or application – or app.

Early in the European occupation of America, indigenous peoples’ opinions on the value of the written word divided into two camps. To some it was little short of magic, while others, when they understood what was going on with reading and writing, saw the written word as compensation for the white race’s poor memory, a kind of interpersonal and historical crutch. Maybe it is a crutch. After all, no single person can hold in her head all the knowledge, all the science, history, poetry, and drama of the world’s books.

Yet as far as I know, humans have never attributed intelligence to the objects we call books. We see clearly and accurately that the written word is a means of storage and conveyance, dependant on writers and thinkers and researchers and creators at points of origin and on receptive, discerning, comprehending, critical minds at the other end. Without the critical function of intelligence in reading, readers would be nothing but “smart,” preening parrots.

Oh-oh. I see a long road unfurling before me here, the first steps taken in the paragraphs above, but I’m a couple days into a winter cold and not feeling energetic enough for a long journey. No one will mind, I’m sure, if I simply share a couple of anecdotes?

In my first year of graduate study in philosophy, a post-doctoral fellow said of someone she’d been in school with, “At first I thought he was really smart, and then I realized he was just counterexample smart.” Counterexample smart! That phrase captured so much! The counterexample smart student never saw the virtues of another’s position, never contributed to building its strength or complexity, but neither did he ever fault the position in a thoughtful way, and never did he remain a silent listener, leaving the argument to others. No, he always leapt into the fray, and his refutations invariably took the form of coming up with a counterexample, no matter how outlandish or obscure. It was the only arrow he ever had in his quiver. A counterexample can be an important, serious objection to an argument, and strengthening an argument often has to do with making it impervious to counterexamples. But there is so much more to thinking and arguing and philosophy!

My other anecdote concerns a small event that took place in my bookstore, part of a conversation I was having with a very smart, very educated friend, who is also a strong supporter of my bookstore, i.e., he buys books from me on a regular basis. All this I say to make clear that the improvised contest that popped up between us one day had nothing in it but curiosity and good nature.

We were recalling one of Ogden Nash’s silly poems, “Very Like a Whale,” and talking of metaphor and simile in general, when it suddenly became very important to me to remember the name of the poet Nash was lampooning. “The Assyrian... purple and gold.” Who was it?

My friend snapped his fingers. “Just a minute! I can tell you!”

He pulled out his cell phone, telling me that he had recently downloaded a new app that would answer the question. While his fingers repeatedly swiped the tiny screen, I went to the poetry section of my bookstore and pulled an anthology from the shelves.

The race was on!

The chronology of the first anthology ended too soon. I pulled down a second book, which had an index of first lines. Excellent! But oh, no! Whoever alphabetized the list had included the initial words “A,” “An,” and “The” in the list! My friend’s fingers were still swiping, as mine scrolled, so to speak, down the page, through all first lines beginning with “The.” There it was! With a page number! I flipped to the page, and voilà!

My best-beloved technology, the printed word bound into books, had been challenged and had met the test. My friend remained good-natured in the face of the book’s victory. If by chance he reads this, I’ll bet he even laughs out loud.

Okay, in general, most of the time, the app (how I hate that word!) would probably be faster – provided, that is, the answer to the questioned posed has somewhere, somehow, by someone, been uploaded to the world-wide web. There’s an awful lot “out there,” but it’s not true that “Everything is out there.” For example, one year I was interviewed by Fine Books and Collections magazine, and the interview appeared in print, but it is nowhere online. There is a lot of genealogy and local history online -- and there’s a lot that isn’t there, too.

More and more I feel like a character in a fantasy novel (an old, eccentric character in an odd, hidden-away corner of the world) as I think of all the “knowledge” stored in “clouds” and wonder what would happen if these clouds were to be dispersed – or censored – or if for any reason clicking and swiping stopped bringing the desired effect. Is that scenario so hard to imagine? Is it apocalyptic thinking? Paranoia?

Then again, on another level, I simply enjoy the search for answers. And in conversation, cooperative thought and figuring things out together with friends can be entertaining as well as informative. “Saving time” with instant answers can be, in fact, a conversational deal-breaker, turning what started out as conversation into a technology-worship session. Have you ever had an experience like this? Instead of the instant answer returning the group to its original conversation, the person with the “smart” phone engages in hijacking: “And look what else it can do! And I can do this! And this....” At that point, unless you’re the one with the phone, your role is reduced to ooh-ing and ah-ing.

After “book beat app” in the incident I’ve described, my friend pocketed his cell phone, I returned my book to the shelf, and we continued our enjoyable, congenial discussion of metaphor and poetry. We were happy to be surrounded by books but felt under no obligation to worship or attribute intelligence to them. 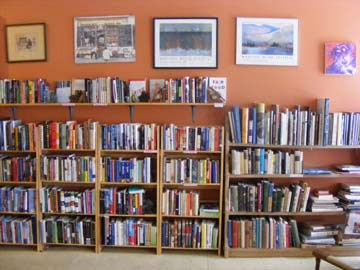 Pamela, I don't have a smart phone but out here where I live beyond the black stump we do have very fast internet connection and I have become a bit obsessed with Googling where I once would have searched through my books. I Googled "Ogden Nash Very Like a Whale The Assyrian purple and gold" and a few seconds later I had the reference to Byron. I love Ogden Nash, by the way: one of America's many gifts to the world.

In conclusion (see my previous comment): my computer is smart, I am a smart aleck.

I totally understand your argument, and there’s definitely a lot to what you say. But a smartphone is simply called that because of its more advanced computing and connectivity capabilities compared to a traditional phone…it’s got more of what has been known for decades as "computing intelligence" built into it, so it can access a wide range of information.

The reader of a book becomes smart by using books in the right way to access the information they need. The reader on a smartphone is simply using an intermediary device (in this case a very mobile computer) to access a book or other medium that gives them the same information, and the same opportunity to ultimately “be smart” themselves by taking in the information.

The fact that you could do it faster than your friend speaks partly to the fact you were in the middle of a book store at the time, which isn’t feasible for most people looking for answers to questions that come up in daily life. It also speaks to either his limits with using the device, or the level of technology his version of smartphone is actually capable of.

For example, my Android with Google voice search allowed me to push one button and say “What poet wrote ‘Assyrian purple and gold” and within less than 4 seconds a relevant (and correct) answer, along with its citation, was given to me aloud by the Google voice lady : ) So in that case, app wins the race hands-down.

OF COURSE it’s not always about the race, so there are still plenty of good reasons to access or gain knowledge in more traditional ways. But the app-versus-book argument is really an apples and oranges kind of thing that doesn’t really hold up in my opinion.

On another note, I loved the point about somebody being “counter-example smart.” We all know people like that, for sure. Hopefully I’m not being one myself here with my counter argument : )

We had these kinds of races a few times in library school. Sometimes the computer search won (this was way before apps) and sometimes the human searching the stacks won. Most of us were cheering for the books. Still, it is handy that no matter where you are when a question comes up in conversation you can generally find something to quell the need for the moment.
PS: The 'secret' word I have to type in to post this today is "North" :)

The friend whose app I raced with my books sent me this by e-mail:

"Counterexamples: Your points are well taken. I saw something in print recently to the effect that taking the position of devil's advocate was
too often a cheap trick (sometimes employed by students) to evade responsibility to think something through."

Contrary to what may sound merely like old fuddy-duddy confusion on my part, I do understand the use of "smart" in the realm of AI. My larger argument, in fact, would be with the phrase AI, but for that I refer anyone interested to the philosophical position of John Searle.

I did acknowledge in this post that the app would usually beat books -- and certainly one is not always in a bookstore!

Obviously, I looked up Nash and Byron online to put the links in this post. (I am, as I've protested elsewhere, not a complete Luddite.) But I can't help wondering how long various bits of information will remain in MY memory and whether or not the length of time they'll stick has to do with the method of retrieval used. I still have very strong place memories of discoveries made in various library stacks, in the old card catalog, and in visits to many bookstores and libraries over the years.

But my big objection is not to the new technology, and I'm sorry if anyone thought it was. My objection is to (1) people worshipping the intelligence they attribute to the technology and (2) the way some users of the technology hijack substantive conversation to show off their apps. That gets old fast.