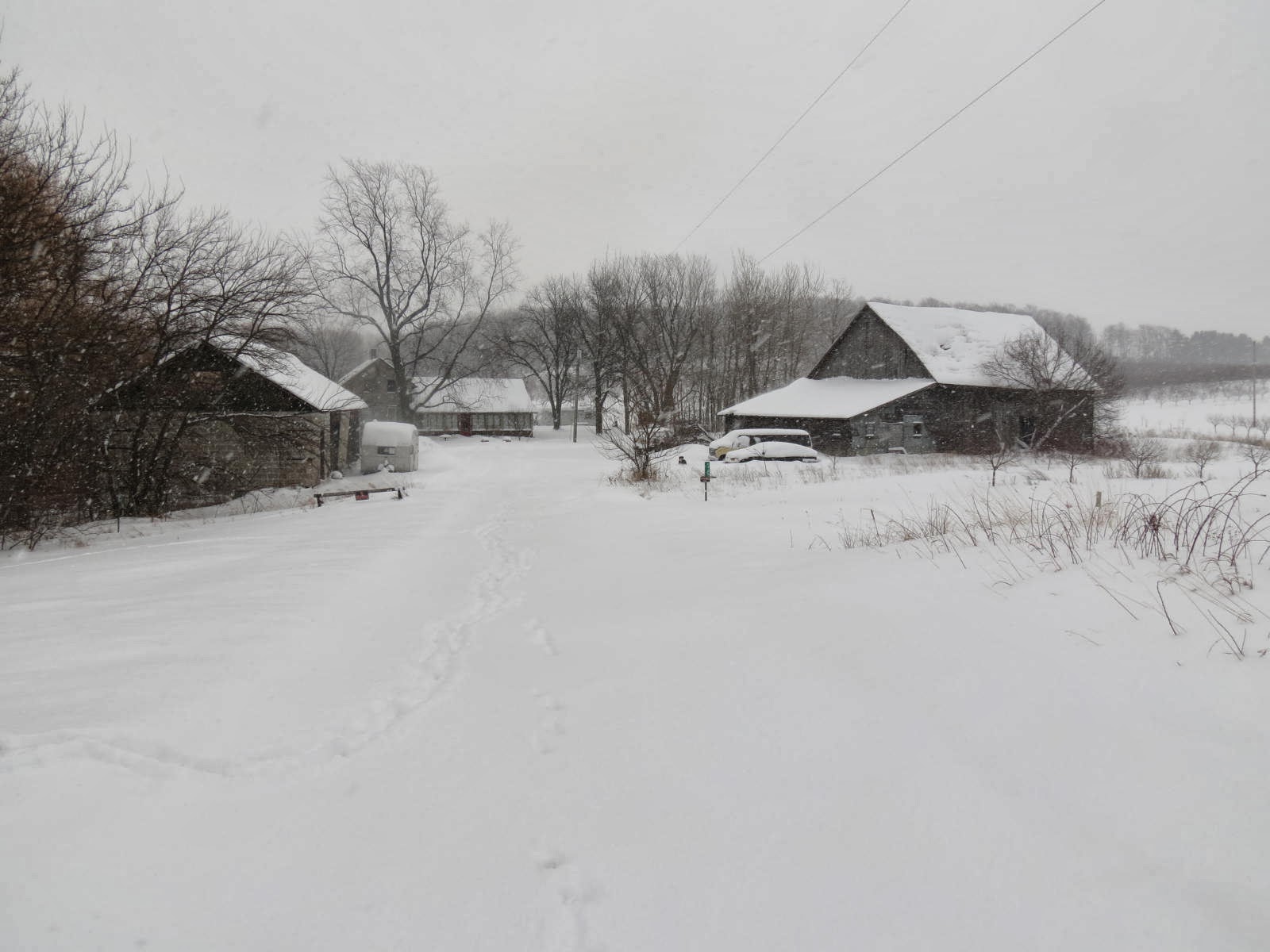 How many of you have seen the film “My Dinner with André”? In an interview in the Paris Review (summer 2012), Wallace Shawn tells how it came about that Louis Malle directed the unusual film, which consisted of Shawn and André Gregory sitting in a restaurant, having dinner, and talking. “You’ll be you,” Shawn had told Gregory beforehand,

--you’ll tell about all these amazing things that you did while you were not working in the theatre—and I will be sort of the way I really am, somewhat skeptical, and that will be funny.

The two men talked and taped, Shawn wrote a script based on the conversations and sent it to Louis Malle, who agreed to do the film. It was shot in three weeks and became something of a cult classic.

Jean Dutourd undoubtedly took much longer than three weeks to write The Horrors of Love. The similarities are striking, however, and I always introduce Dutourd’s novel to people in terms of the Shawn-Gregory film. First published in France in 1963, the novel describes at great length (665 pages in its American edition), with only short breaks taking note of the setting, time of day and weather, in bare, unadorned dialogue between two characters, “I” (the narrator, a novelist) and “He” (a story-telling friend), a primary drama concerning a second cast of characters who never appear directly, as it were, onstage. “He” and “I” walk and talk and stop to rest on benches; they begin at lunch one day, talk all afternoon, through dinner, and on through the night, winding up finally the next morning. They interrupt, digress, theorize, speculate, and argue – about everything under the sun but eventually exhausting the convoluted tale of a middle-aged French politician, married with children, and his affair with a younger woman, still living at home with her parents and brother. Despite having only two conversing characters before one on the page, in the mind’s eye, the reader is focused on that second cast of characters, fascinated by their story and anxious for its outcome.

The second Dutourd novel, published four years later in Paris (1967), is much shorter (278 pages in our translated version) and more conventional in style, although again we have a first-person narrator, this time a painter. Suffering a bout of artistic “sterility,” he turns to “literature,” i.e., keeping a journal, in hopes of kick-starting inspiration or at least riding out the unproductive stretch of time without too much despair. Social commentary and criticism of the state of art in France reveal the painter’s state of mind and the disdain he feels for his brother-in-law, a more successful painter, as well as his best friend, gifted but “lazy,” as in the narrator’s judgment.

Both Dutourd narrators defend the selfishness of the creative ego. In both novels the narrators are bachelors with generally chauvinistic views of women. Social class and fashions in art are the narrators’ (and so presumably the author’s) preoccupations, while major political events of the times are referred to glancingly, if at all. And yet I manage to re-read these novels – and not for the first time, either – with equanimity towards the views expressed, reveling in their Paris setting and fascinated by the characters who come alive on the pages.

But I’d begun reading the Camus essays in 2013 -- searing journalism, frank political statements, and heartbreak penned in the years1939-1958 on the subject of Algeria -- and only set them aside for reading that demanded immediate attention. Following the end of the holidays and homebound days as the subzero temperatures and deadly wind gusts caused by the polar vortex kept us indoors, I pulled Dutourd off the shelf to give myself a literary vacation, but then on Tuesday morning Camus resurfaced. No time like the Arctic present, I thought, before reading group assignments plunge me into Richard Wright and Marcel Proust for the rest of the winter.

Dutourd’s fiction and Camus’s nonfiction are related in being unrelated. Is that a paradox? Of these two French novels published in the 1960s, the main story of the first – that which is the main subject of the novel’s lengthy dialogue -- takes place in the decade past, the 1950s, an era marked in the United States by prosperity and complacent materialism. American military action in Korea was very much in the background of our national consciousness. Not so for France the Algerian conflict during the same period. Algeria was for the French what Vietnam was for Americans, with deep divisions and irreconcilable differences. One might argue that “the Sixties” began for France in the 1950s, bringing about the fall of the Fourth Republic in 1958.

I’ve written before of a young friend asking me, “What were the Sixties really like?” and it occurs to me that one could ask the question of any decade and that the answer would be the same: What a decade was “like” to you depends on how old you were, where you were living, the people around you, and what engaged your time and concern. And so, astonishingly, in The Horrors of Love, the protagonist’s love affair was much more important to him than his duties to the government or those who had elected him, and he goes to his tragic end completely indifferent to the much greater tragedy of Algeria and the many lives made miserable and even destroyed by France’s lack of political will to seek a just solution. It is only by its complete absence that the Algerian crisis appears in Dutourd’s novel. In the lighter and delightful Pluche, we find a similar absence of Vietnam, of sex, drugs and rock-and-roll, with a single reference to teachers being on strike marking the great social upheaval in 1960s France.

Let me be clear. I am not criticizing the author for failing to write political novels. Clearly, to do so was not his aim. As his narrators make clear, he is focused on the contributions of art to culture, that which will last for centuries. But I begin, perhaps, to see what made my old friend Hélène dismiss Dutourd contemptuously when I raised his name.

Then, too, recall that Camus was also a novelist of the highest rank, besides being a clear-eyed journalist. And yet there is no odor of propaganda in his fiction. Values, yes. A point of view, yes. But never set forth pedantically with finger-shaking speeches. In fact, what strikes me about the articles, letters, and speeches in the nonfiction collection titled Algerian Chronicles, besides their searing honesty, heartfelt passion, and consistency of principle, is the lucidity of the writer’s thought and, subsequently, his language.

We resign ourselves to fate too easily. We too readily believe that in the end there is no progress without bloodshed and that the strong advance at the expense of the weak. Such a fate may indeed exist, but men are not required to bow down before it or submit to its laws.

It was in his refusal to see the world as “determined” by a fate prepared in advance by history that Camus clung to hope for the future of his birthplace, Algeria. In acknowledging his freedom to speak and to act in the name of freedom for others, he can be called an existentialist, but unlike some others known under that banner, he was not blown this way and that by political or ideological winds. He loved both Algeria and France and refused to oversimplify the conflict by labeling one evil and the other innocent. More than once in these essays he writes that only the dead can be called innocent. Questions of what response to make to terrorism and when a state of emergency exists that excuses or demands curtailment of individual freedom are two general questions Camus raises that remain relevant today. Specific global hotspots come to mind as well, places where groups divided culturally and economically must, it seems, learn to live together or ultimately exterminate each other.

As the polar vortex swirled around our old farmhouse, David’s reading took him to France, also. Deep into The Hare with Amber Eyes, he kept telling me that it’s “right up my alley.” I tell him I’m in the 1950s. He tells me he’s in the 1880s. We come up from our books for air and enjoy oatmeal muffins and cups of hot tea. With heat, hot water, electricity, and plenty of books, three days at home are no hardship at all.

So many thoughts - working backward, I found Hare with Amber Eyes fascinating and troubling and will be very interested to know what David and you think of it.

There was a movie sometime in the last three or four years about memories - maybe flashbacks - of Algeria, and the lingering doubts and guilt that remain in the present. Wish I could remember. I thought the film was very fine, and now it's just a ghost of itself in my mind. But I think if I get myself in the right frame of mind for Camus on Algeria I would want to see that film again.

Until recently I would have agreed with you about the relative invisibility of the Korean War in the US in the 1950s. However, I've been rummaging around in Central Lake newspapers from that era for other reasons, and the headlines are big and bold across the front page, with more stories inside. It was, it appears, a bigger deal than I'd always believed, at least in Central Lake, Michigan. My only personal memories have to do with my grandfather listening intently to the news of the war on the big old radio in the kitchen.

Which raises the question in my mind, was it, let's say, regionally invisible or retroactively invisible? And what the heck is going on in Afghanistan anyway????

And you thought you were writing about France.

Gerry, I can't tell you how delighted I am to have you BACK! Okay, Korea. It was undoubtedly a bigger deal at the time than I recall, as I was very, very young then. About all I remember was that my father, a WWII vet, had a day off work on Veterans Day, and the Korean vets did not, as it was never a declared war, and my father never felt that was fair. He felt guilty having the day off while other men in his office had to work, unrecognized for their service. Yes, probably a bigger deal at the time, maybe less visible retrospectively, but still, it didn't tear our country apart like Vietnam or bring down the government, as Algeria did in France. But there again -- how old were we, where were we, what were we doing? All that figures into our perspective on any given time period in recent history.