November, Indoors and Out 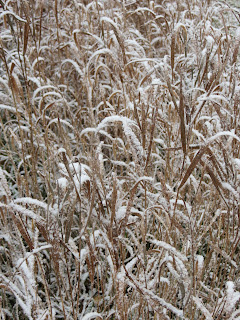 Friday morning roads were slippery in Leelanau Township, and in the village of Northport pedestrians were stepping cautiously. By afternoon streets and sidewalks were clear, but the cold, so different from yesterday’s balmy air, remained. Is it winter? Is it here? Were the deer hunters happy this morning with snow on the ground? Will there be a reprieve before Thanksgiving for the rest of us? There was no reprieve on Saturday. The snow was not heavy (yet!), but the wind was sharp and bitterly cold. That early morning customer stocking up on Steve Hamilton mystery novels had the right idea for the weekend. 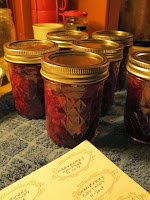 Once autumn leaves have fallen and days are dwindling down toward that day in December that will be the shortest one of the year, the indoor world beckons. It’s time to find all those containers of frozen summer berries and juice and turn them into jam and jelly and maybe try out a new recipe, like cranberry chutney, before this year’s supply of fresh Michigan cranberries is all sold out. Don’t use raisins in that chutney, though. Michigan dried cherries are the Up North choice. Won't it go well with Thanksgiving turkey?

A particular kind of reading seems to go with these first snowy days. I can’t resist pulling out cookbooks and dreaming over recipes of slowly simmered soups and stews, eggy-rich cakes drenched in honey and dusted with powdered sugar, astounding pickles (we are addicted to pickled okra; now if only I could succeed in growing it in my garden!), anything at all involving apples, or any noodle recipe whatsoever. Could a sweet noodle kugel, I wonder, be served with homemade spiced applesauce? Why not? Imagination feeds on cookbook dreams as the weather turns cold. 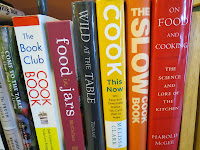 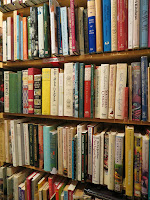 But those tidy volumes, new and old, I must admit, are in my bookstore. At home, the shelves are not as well arranged (though much better than before we did a massive rearranging), and some of the volumes, taken from the shelves, reveal themselves to be downright disreputable. 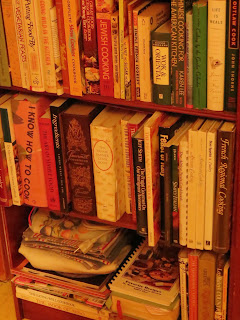 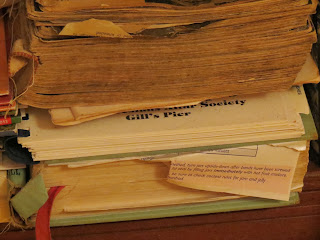 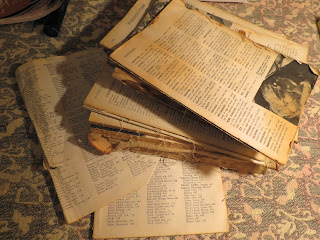 Cold weather that tempts us to the fireside is great weather for any kind of reading. I really, really did read recently (despite my earlier protestations of lack of interest) The Adventures of Sherlock Holmes, “complete and unabridged,” and enjoyed the stories very much. This morning I started in on Algerian Chronicles, a collection of essays by Albert Camus, many translated into English for the first time, the rest re-translated, by Arthur Goldhammer. At the bookstore this cold Saturday afternoon I fell into Cathy Johnson's On Becoming Lost: A Naturalist's Search for Meaning, and was exclaiming out loud over the first page of the introduction, "This is me! I was just writing about this!" Here are some of the sentences from Johnson that so resonated with me:


Being lost is not a negative concept. Like the earth-shadowed moon, like night and day, being lost carries within itself its opposite: being found. Being lost simply means we are wandering; is that so bad?

The loveliest lost of all is that I choose myself -- lost in the crowd, lost to the world, lost, perhaps, to my own incessant self-awareness and able to see what's beyond the end of my own nose. I am forced to look elsewhere for answers and I love it. Being in possession of all the answers holds no appeal at all, but owning a good pocketful of unanswered questions is to me like bread to the starving.

This is a book I will devour hungrily. It has already given me an appetite.

Our Intrepid Ulysses Group will discuss Lorraine Hansberry’s A Raisin in the Sun in December and then – just maybe – we’ll take on the first volume of Proust’s Remembrance of Things past as winter really sets in. As one member of the group said with a nonchalant shrug, “If we got through Ulysses, we can get through anything.” Another person said, “It’s going to be a long winter. We need a long book.” 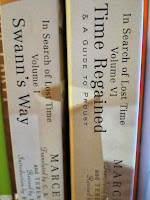 Here’s the big question: Will the first volume, Swann’s Way, be long enough to last the winter, or will we bold and happy readers be led further and further down the course of the narrator’s life, until finally he recaptures the past he thought was lost to him forever?

Full disclosure: In the past I cheated on Proust, reading the first volume and half of the second before skipping ahead to the last.

More questions: And now? How short is life? How fast fly the winter days? Is there time to read all of Proust?

Pamela...As an old (as in retired vs. age, but probably that applies too) Latin teacher, I chuckled at your opening words on the Romance languages. But I loved your theme of how the indoor world beckons as winter sets it. It's really one thing I love about Michigan...being able to experience all four seasons in distinctly different ways. For me, fires in the fireplace, reading and writing done in the long evenings before a fire, and soups with rustic bread define my winter. Hope your group enjoys Proust. Karen

I hope the winter is not long enough to read the entire Proust....because I already long for spring and we've only had one bad driving night.

But I agree with you about anything with apples and/or noodles..

Have a wonderful Thanksgiving.

Forgot to tell you the Michigan poetry/art book was here when we got home last week, It's beautiful.

Hi, Karen. Hi, Dawn. (Hi, oh, you silent ones!) It was a lovely, cozy Sunday at our house, with books and movies and jam-making and chestnut-roasting and one long, cold, wind-battered walk (for me, a trudge) with Sarah in the afternoon.

Glad the book was waiting for you, Dawn. My way of reading a poetry book is to read two or three poems at a sitting and then close the book to absorb what I've read. But mark Friday, June 13, 2014, on your calendar, because I will be celebrating my bookstore's "coming of age" (21 years) with a gathering of many poets from the POETRY IN MICHIGAN book! It promises to be a very exciting evening -- and I'm sure it will be June before we know it, right? :)