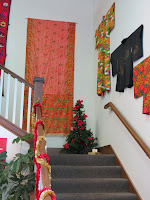 Today from 10 a.m. to 3 p.m. (it’s already started!) a holiday arts and crafts bazaar is taking place across the street from Dog Ears Books, upstairs from Lelu Cafe. With over 20 vendors participating, there’s a lot of variety in their colorful offerings. I was there early this morning as people were just setting up their booths.

Right at the top of the stairs I found Madeleine from Idyll Farms setting up a table of goat cheese. Ooh, that rich aroma! 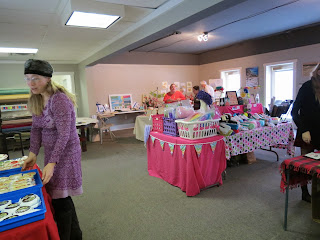 Marjorie Farrell is so creative, there's no telling what new items she'll have from year to year: 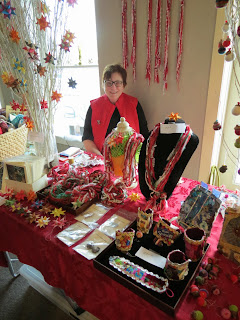 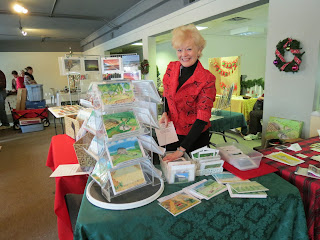 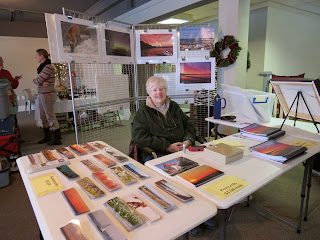 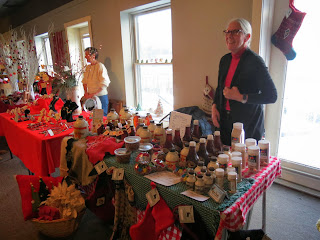 Sally Coohon from Dolls and More was getting a helping hand from her husband, Bill. I don't know what Bill thought he was doing here, but it looks like he's impersonating a reindeer! 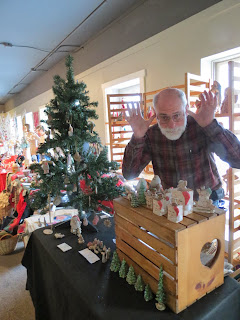 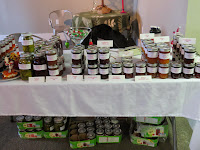 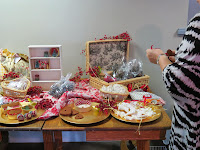 The holiday bazaar is sponsored this year by the newly formed Northport Arts Association, the same lively, enthusiastic, idea-driven bunch who brought us Leelanau UnCaged in September. Carrying over from previous years’ bazaars (sponsored by a different group) is the idea of donating a portion of money from sales to the Leelanau Children’s Center. 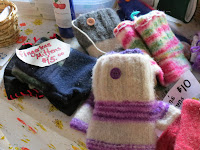 With the sale on Waukazoo Street this year (instead of over on Mill Street – a different world!), I’m hoping Northport shoppers will keep in mind that today is also Small Business Saturday. Did you rush off to the big box stores yesterday? Today’s the day to think small and to think local.

Unlike giant chain retailers, my little bookstore doesn’t raise prices and then knock them down to make you think you’re getting a bargain. My new books in stock are full price, because that’s what fits the reality of my small town business, and my customers generally understand that and want my continued (modest) success. I sell my book bags for nine dollars apiece, which may seem high at first, but when I tell people, “You’re not just buying a bag – you’re supporting an independent bookstore,” they make no further objections and often turn to their companions to say proudly, “I’m supporting an independent bookstore!” The majority of my stock is used books. There are a lot of bargains to be had here throughout the year. There are also some very special treasures.

I’ve said it before, and I’ll say it again: Whenever you purchase locally, goods or services, you are supporting your community, and that means local jobs and support for local families -- and kids! 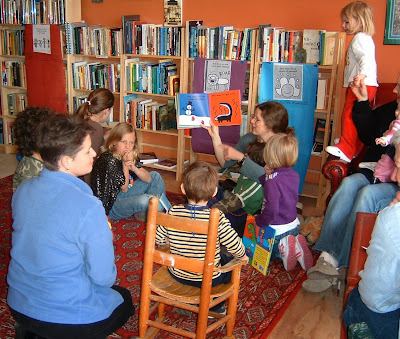 P.S. I’ve set up a new blog for my meditation drawings and will post them there from now on instead of here.

Always enjoy reading about the home-town feel of your special little town, Pamela.

I love the way every little village has its own personality, the same way no two people (or no two dogs) are the same, even if they grew up together in the same part of the country. Thanks for visiting, Kathy.