Time Out for a Word Rant 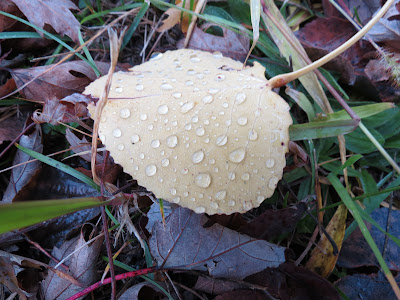 "I say so strange a dreaminess did there then reign all over the ship and all over the sea, only broken by the intermittent dull sound of the sword, that it seemed as if this were the Loom of Time, and I myself were a shuttle mechanically weaving and weaving away at the Fates." – Hermann Melville, MOBY-DICK OR, THE WHALE.

There’s something that’s been eating away at me, and I can’t keep quiet any longer. My fellow Americans, if you among those guilty of this error, I’d like to shake you awake right now! You are driving me crazy! Never fear, this has nothing to do with politics.

Let’s start with a quiz, if you don't mind. No one will know how you answer, so you risk nothing. In the following sentences, a form of which word belongs in the blank space: ‘rein’ or ‘reign’? Note that ‘reign’ and ‘rein’ both have verb and noun forms.

If you find these two words confusing but grammar in general interesting, bear in mind that the verb ‘to rein’ is transitive, while ‘to reign’ is intransitive. For those not keen on grammar, what does this mean? Look at other verbs. ‘To throw’ is transitive; it takes an object. The dog’s owner threw the ball [object] for the dog to retrieve. To stand is intransitive and does not take an object. She remained outdoors for hours in the rain. It makes sense to ask, “She threw what object?” It doesn’t make sense to ask, “She remained what object?” She remained. The verbal buck stops there. Or He stood. Intransitive. But then there’s She stood their hectoring as long as she could, which is transitive, but that’s a different verb, though it looks the same. –Oh, all right, maybe transitive/intransitive won’t be much help here....

Think, then, of the famous Hallelujah Chorus: “For the Lord God omnipotent reigneth.” “And He shall reign forever and ever.” (One online site I wish I hadn’t seen gave this as “He shall rain”—NO, NO, NO! Gods and humans do not rain. Only rain rains! Are we really confused about ‘rain,’ too? I find that hard to believe. I don’t want to believe it. Please, let it not be true!) If ‘reign’ is really the word you want, then it’s the word you want, but stop to think and be sure. “He handed over the reigns”? NO, NO, NO! Rein in—that is, hold back—that fevered rush to error!

To figure out which word you want, it helps most to know where each comes from. Think of regal, regency, regalia—all this pomp and circumstance has to do with kings and queens and courts. See the ‘g’ in all the words? On the other hand, there are horses, animals domesticated to our use, controlled with bits in their mouths and reins leading from those bits to the hands of a rider or driver. Give the reins a twitch, and the horse’s mouth feels it, and the trained horse responds. So in the sentence you are writing, which sense applies? If you are using the word as a metaphor, is your guiding image one of a ruler or an animal being controlled? Wordsmith Michael Sheehan gave readers of a brief Facebook exchange the following Latin origins: 'Reign' goes back to regnum, the office or power of a king, while the Latin verb retinere, from which comes 'rein,' means to curb or restrain.

What is our problem, Americans, with all the confusion over these two words?

The United States rejected monarchy from the start. No one reigns over the American people, and early Americans were very clear on that point! It meant a lot to them. For our first century, also, we were predominantly a horse culture, and every American knew that reining meant controlling. Today, in the 21st century, both monarchs and horses have faded from general cultural consciousness, and a people with little feeling for matters royal or equestrian find themselves using old words out of historical context. For some reason—and I’d be interested in any speculations on why this might be so; because it is fancier???—the spelling related to royalty is the one almost always used these days, while that related to horses, which is often what the writer really wants but doesn’t know it, almost never appears. The problem is that the two meanings are very different.

When I posted my original (much shorter) rant on Facebook, asking friends for their understanding of these two words, several responded, and all my literate friends got it right, I'm happy to report, but my favorite response came from Sylvia Merz, librarian at the Leland Township Library, because her explanation was so delightfully succinct. (That is, she doesn’t go on and on and on the way I do.) Here is the way she distinguishes the two verbs:

Thank you, Sylvia, and my other clear-thinking friends! But are we fighting a losing battle? Is the day at hand when a single word will contain both meanings and thus makes no etymological sense at all? I give the last word today to someone I’ve never met:

The spelling “reign” in this expression is an example of the triumph of folk etymology over origin. The expression to give free rein to is figurative. It means to give a person freedom to act on his own authority. It derives from an equestrian term:
free rein – a rein held loosely to allow a horse free motion; the freedom that this gives a horse. (OED)
The word rein derives from a word meaning “a bond, check” from a verb meaning “to hold back. It’s related to retain. The word reign derives from a Latin word for kingship. To reign means to exercise the power of a king. The sense of this “reign” has become conflated with the expression “to give free rein to.”
The confusion has become so complete that it’s beyond correction.

The ways in which language is confused resolve into changes in meaning and grammar. It has always been this way, or we'd all be reading Latin from illuminated manuscripts. OK, not all of us, most of us would be out in the fields bent over the crops.

Spoken language changes faster, I think--sometimes so quickly that the changes don't "stick" but just swirl away in the flood of jargon and fashion ["changes faster" is ungrammatical, but I'll probably keep saying it . . . ]

I wonder what language will become in an age of instant visual communication?

I wonder what my Civil War veterans would think of it all.

Gerry's comments remind me that conventionalized English spelling is a relatively recent historical matter and that worthies such as Abraham Lincoln and William Shakespeare often spelled words inconsistently and in ways any teacher would circle with red pen. What bothers me more than spelling, Gerry, is that meanings are being lost and confused, and with them knowledge of the past--not only the past of our language but of history and culture. When a student uses a phrase such as "tough road to hoe," what, if any, meaning does s/he have in mind? A tough row to hoe --now that means something. I understand that many people have had no life experience wielding a hoe, holding reins, or sitting on a throne, but have they never read books? And if they see these words used correctly on a page or screen and have no corresponding understanding, that's sad, too.

My doctoral dissertation was on metaphorical meaning and use, and I came away from my survey of various theories even more strongly convinced that language is alive and changes, and thus so does meaning. Am I trying to have it both ways? What I wish for all users of all language is the richest, deepest experience possible.

I absolutely love to rail, rale, reigl about people's lack of understanding words. But since there is so little actual reading being done, how would they know? You have to see it in the right place, in context.

I will confess a recent faux pas of my own. In one of my blog posts I made reference to something "flying over my radar." My husband (bless his heart!) explained to me how radar works, and I went back to fix the phrase. I just wish someone had told me sooner so it wouldn't have been floating around "out there" (in the blogosphere) so long.

Fleda, I think people read a lot, but they are mostly skimming, not reading slowly or critically or thoughtfully. Also, online material is heavily loaded with error of every kind, so who's to notice?

Love this fabulous picture of a small leaf with rain(perhaps dew droplets, though I believe rain) on it's underside....an existentially beautiful visual capture,thank you so much for the pictures. I live urbanly(is there such a word?)yet yearn for a daily fill of nature. i am certain as we grow older or wiser, not necessarily the same, of course, we intellectually gravitate to nature, such a lovely earth!

Art is nature to advantage dressed

Of all the people who read this post, only one caught the egregious error that has now been corrected. Or did the rest of you see it and pass over it in silence? Please! Remember, I DO NOT HAVE AN EDITOR and depend on the kindness of friends and strangers!