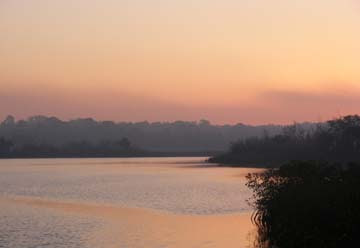 Imagine if each detail of our visual world were matched by a corresponding smell. Each petal on a rose may be distinct, having been visited by insects leaving pollen footprints from faraway flowers. What is to us just a single stem actually holds a record of who held it, and when. A burst of chemical marks where a leaf was torn. The flesh of the petals, plump with moisture compared to that of the leaf, holds a different odor besides. The fold of a leaf has a smell; so does a dewdrop on a thorn. And time is in those details: while we can see one of the petals drying and browning, the dog can smell this process of decay and aging. Imagine smelling every minute visual detail. That might be the experience of a rose to a dog.

- Alexandra Horowitz, Inside of a Dog: What Dogs See, Smell, and Know

Earlier than 5 a.m. these days, it is still dark, but when sunrise comes at last it is a quiet symphony of color. The pictures in this post are from Sunday morning, when I went out with a cup of coffee and ever-amenable Sarah (bless her doggie heart!) to watch sunrise from the bridge over the North Fork of Hammock Creek. The tide had reached its highest level a couple of hours earlier. Faint ripples of breeze stirred the air. Sky shades of mauve and rose, peach, gold, orange and yellow found, at last, a visual echo in lantana blossoms. 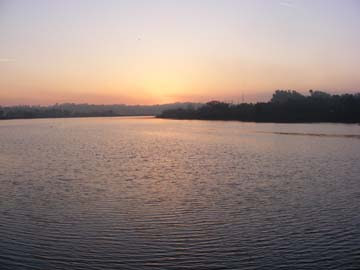 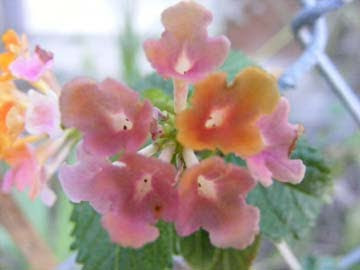 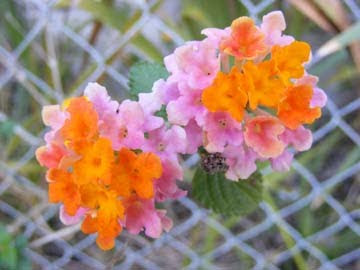 By jumping up and resting her front paws on concrete, Sarah can look over the bridge to the water below or sky beyond. If a bird flies overhead, she notices, but otherwise she is much more interested in the world at road-level, sniffing the pavement to determine who’s been here, what they were using for bait, and what if anything they may have reeled in or spilled or dropped. Fish guts, mussels, candy wrappers—it’s all grist for her nose. Sometimes excitement comes from a more unusual source. Dead possum? Fascinating! Skeletal remains of an armadillo? Cool! But whatever her little nose finds, the world is never boring to Sarah, and that’s one of the wonderful things about her. She never blows off anyone or anything with a jaded “Been there, done that” shrug. Sarah loves the world! She doesn’t yap and yap about it, either. Horowitz notes that

..despite their marvelous range and extent of communication, it is the very fact that they do not use language that makes me especially treasure dogs. Their silence can be one of their most endearing traits. Not muteness: absence of linguistic noise. There is no awkwardness in a shared silent moment with a dog; a gaze from the dog on the other side of the room; lying sleepily alongside each other. It is when language stops hat we connect most fully.

One of the points Alexandra Horowitz makes in her book is that wolf society is based on family. (What humans have seen for years as a pack is really a family.) Another of her points, made over and over, is that dogs are not wolves. They are perhaps as much not wolves as they are not humans. Humans are primates, dogs canids, but beyond that wolves are wild, dogs domesticated. Or, as I like to say, “We co-evolved.”

Extrapolating, I conclude what I have probably always believed without reflection, which is that a dog “living free,” i.e., in the wild, without human company, is not living a fully dog life. What do you think? More controversially (I can already hear the howls from cat-owning friends), I’m tempted to say that humans with resolutely “dog-free” lives do not have fully human lives.

Our bond with dogs is strengthened by contact, by synchrony, and by marking reunions with a greeting ceremony. So too are we strengthened by the bond. Simply petting a dog can reduce an overactive-sympathetic nervous system within minutes: a racing heart, high blood pressure, the sweats. Levels of endorphins (hormones that make us feel good) and oxytocin and prolactin (those hormones involved in social attachment) go up when we’re with dogs. Cortisol (stress hormone) levels go down. There is good reason to believe that living with a dog provides the social support which correlates with reduced risk for various diseases, from cardiovascular disease to diabetes to pneumonia, and better rates of recovery from those diseases we do get. In many cases, the dog receives nearly the same effect [my emphasis added].

Tempted, I said! Of course I’m not going to argue for such a strong claim, much more extreme than claiming childless people do not have fully human lives, which I would also never say. Part of the richness of human life, after all, is the variability of its possibilities. There is more than one possible way for a human being to have a “good life.” Okay, I get that. Still....

Unlike the double-blind nature of scientific experiment, Horowitz notes that the human-dog bond is “happily double-seeing.” Dogs search human faces as much as we search theirs. We gaze into each other eyes. Ours mutually overlapping worlds are enriched by the bond. 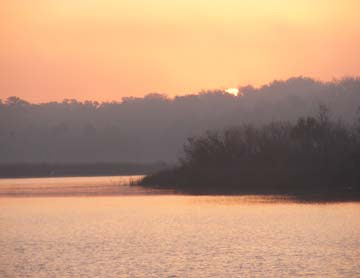 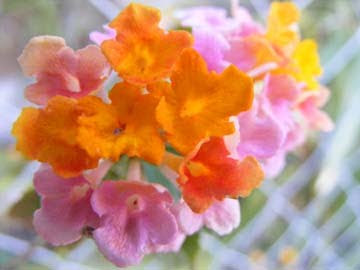 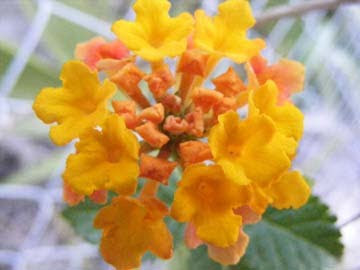 When David and Sarah and I are out together, each of us is experiencing the world somewhat differently, but we are together, too. Sarah takes in her surroundings primarily by scent, David and I visually. Like Sarah, I am distracted by tiny details, David focusing more on “big picture” views. But we all love the feeling of sun and breeze, and Sarah’s pleasure adds to David’s and mine. Reading Inside of a Dog this morning (that sounds funny, doesn't it?), with Sarah beside me and David nearby, has banished all my recent angst. 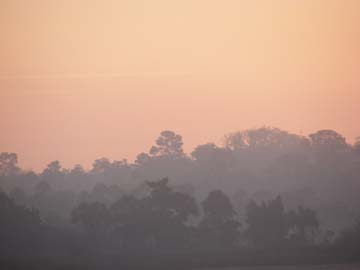 What was it the Jane Austen character in Northanger Abbey told the naive country girl who had just learned to love a hyacinth? Loving, cherishing, paying attention--for what else do we live? 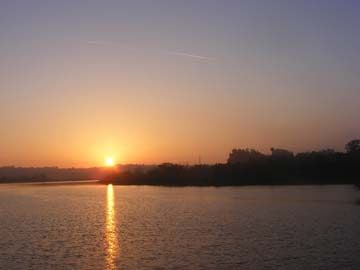