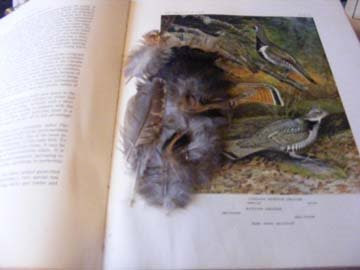 Recently, while looking for something very different, I ran across a letter from an old friend. Hélène died four years ago at the age of 90, but reading her words, written to me in the last year of her life, again I hear her voice and see her face. It’s clear that when she wrote this letter, not knowing how much longer she would live, she was saying good-by, not wanting to leave it unsaid at the end. She wrote that she hated old age but that our friendship helped her reconcile herself to growing old. (Maybe I will understand that better when I am old.) Every sentence—and it was difficult by then for her to hold a pen and write—was deeply meaningful.

The same morning I came across this letter, a friend my own age came by the bookstore to show me a book that had belonged to one of his aunts. Like him, his aunt had loved the natural world, and her book on birds contained her pencil notes, feathers she had collected, and many clippings of related articles. “I would never change anything in this book,” Chris said. “It’s a monument to her.” (‘Monument’ was not the exact word he used. Not ‘tribute.’ ‘Memorial’?) 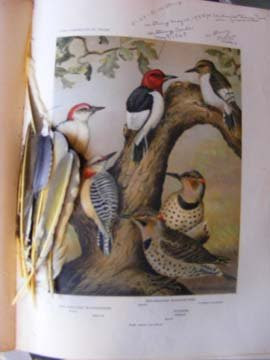 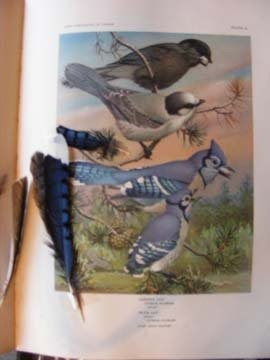 Ephemeral objects, these letters saved, notes made, objects preserved, but they are material remains. La trace de nos pas, as the French song says. And what now, today, of these even more ephemeral, virtual notes? Will we, when our turn comes, “vanish without a trace”?

Surely, the majority of souvenirs through human existence have persisted only in human memory. The last time David and I visited France, we took Hélène and David’s friend Justin out to dinner one evening at a small restaurant in Hélène’s quartier. Even without a common language, David and Hélène sensed one another’s essence, as Justin and I switched back and forth between our two languages, facilitating conversation. At one point in the evening—I recall this moment so clearly!--while David and Justin were chatting together on their side of the table, Hélène leaned her head on my shoulder and said to me in French (she was 85 then), “We’re making beautiful memories.” I still have them, mes beaux souvenirs.
Posted by P. J. Grath at 5:00 AM

“Just as one sends a letter from place to place, one may send, to one’s self or others, letters through time. Photographs, mementos and journal entries are letters we send into the future; and by writing or speaking about events gone by we can communicate to some extent with the past. To do this regularly and intelligently is to expand our being in time.” – Robert Grudin, TIME AND THE ART OF LIVING