Another Side of Pasco County 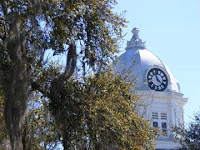 Way out here on the Gulf, where Aripeka straddles the county line between Pasco and Hernando, life is quiet, and a dozen people make a crowd. Inland there is a wide zone of commercial development and subdivisions, but after that there are more “empty” stretches-- big cattle ranches and horse farms whose pastures reach to the horizon, and, farther back from the only feasible east-west road from here to there, to the north and south, many square miles of roadless wetlands and lakes. When David suggested going to the fair, I agreed with alacrity, expecting plenty of horses.

Monday was the first day of the fair, the paper said. Nowhere did it say (or we missed it) that the gates would not be open until three p.m., so our 11 a.m. arrival was doomed to disappointment. “Can’t we just go in and look at the horses?” No, we couldn’t. The parade comes before the fair opens. The parade would be downtown. 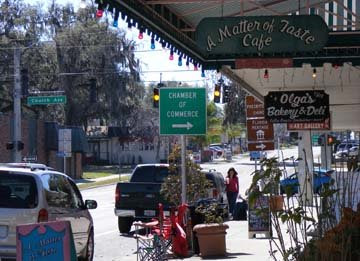 We were early even for the parade, which was not scheduled to begin until 1 p.m., but just as they do in Northport for the dog parade, people were already setting up chairs on the edges of the sidewalks, and it was a beautiful, sunny day to stroll around town and take in the sights. After lunch at an outdoor café, we got our own chairs out of the van, set them up and relaxed to wait through the last half hour. It was worth it. Forty minutes’ of parade! Many school bands, some of them quite good; lots of lovely young beauty queens; several 4-H clubs and FFA groups; a few comedy entries; lots of floats. 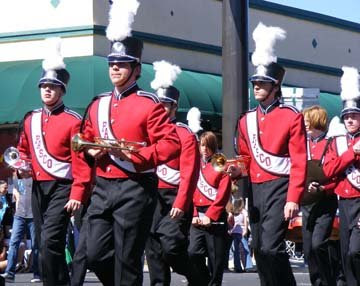 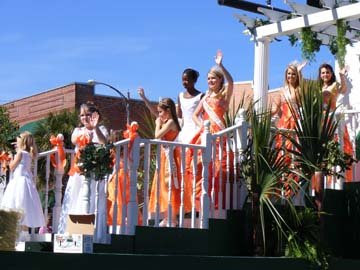 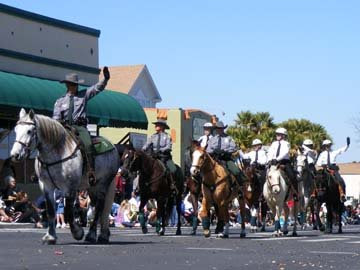 It wasn’t the day we had planned, but if we had been able to stick to our plan we would have missed the parade. Such an obvious lesson for Life to clobber us over the head with, but that’s all right, too.

The Pasco County Fair goes on all this week. The steeplechase is next month! 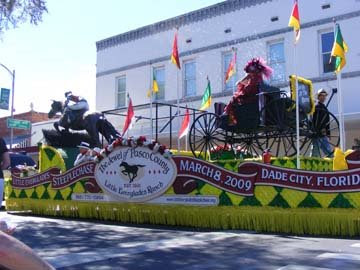 It's gone all black and white here again - still beautiful, mind you, but . . . you know. It's fun to see the lively color in your vacation photos. It was fun to try the poll on your portrait, too, but it, um, doesn't work. Anyway, I get a kick out of the tousled PJ On Vacation shot. It's a very different side of you.

Thanks, Gerry, for being right on the button, as usual. I hadn't understood how to set up answers. Am trying again now to get it right.

Your choices of votes leave little valid choice for the respondent.

I'm glad you love the photo. I'm enjoying reading the blog and seeing the photos.

Yes, no, don't care are not valid choices? One problem I'm having is that I can't view the results, only the total number of people who voted. I did get messages from several people, telling me what they thought. Were those part of the voting process? It seems the "results" should show how many votes for each possible answer.