Changes and Dogs and Books

As my blogger/reader/dog lover friend Dawn says, right in the title of her blog, Change is Hard. As I recall, the hard change Dawn initially referred to was a transition from one job to another, and that was years ago now – she is retired now! -- but changes don’t stop coming, as long as we’re alive, and all of us been through a lot of hard changes in this country since Dawn and I connected via our blogs. There have been, of course, other kinds of changes, long anticipated and welcomed. Life just keeps coming at us, one way or another, and we do our best to adapt each day.

When I was young, my friends and I used to say (thinking ourselves very clever), “Someone told me to cheer up because things could be worse. I cheered up – and sure enough, things got worse.” Gallows humor, I suppose, which we could afford because we were, as I say, young and therefore, secretly felt invulnerable. What we find amusing changes as we advance in age…. 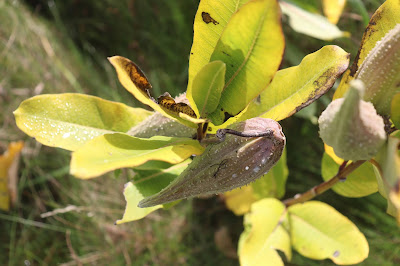 Anyway, the other morning I had a little epiphany (I don’t know about your epiphanies, but most of mine are little ones), and maybe you’ve read Anne Frank’s Diary of a Young Girl and will recognize my lightbulb moment as the difference between Anne’s way of counting her blessings and her mother’s way. Her mother’s advice when Anne felt gloomy was that she should think of other people whose lives were worse. At the time, the Frank family were living in hiding from the Nazis, but their situation could have been worse -- and became tragically worse when their hiding place was discovered, with only Anne’s father surviving Auschwitz.

Anne, however, even in hiding, was young and full of hopes and dreams and looked for sources of joy rather than other people’s misery to bring herself out of spells of despair. “I don’t think of all the misery, but of the beauty that still remains,” she wrote in her diary. She could not leave the hiding place to go outdoors into nature, her favorite medicine, but she could peep out at the sky: “As long as this exists, this sunshine and this cloudless sky, and as long as I can enjoy it, how can I be sad?”

So how can I ever be sad, with my oh-so-fortunate life? But sometimes we all are, and we need to pull ourselves back into the light, so although what I call my little epiphany is one I’ve had repeatedly in the past and repeatedly lost sight of, I was glad to have it again the other day.

Because I’d been despondent over the most recent appearance of the Mr. Hyde side of my dog Peasy’s personality. It’s a side of him that only flashes out briefly, never lasting even sixty seconds, and is much less frequent than when he first came to live with us, but now when he falls off the good-dog wagon in that dramatic and frightening way, even for only a moment, and after weeks of seemingly near-normal behavior, I am plunged into the Slough of Despond!  So I called to talk to a woman who has extensive experience with special needs dogs like Peasy, and I did feel not quite so horribly depressed afterward. Some of the dogs she houses, the unadoptables, are so much worse! But there, you see? That is the negative way of counting the blessing that is Peasy: to say he could be "so much worse!" Thinking of his Mr. Hyde self in that comparative way helped me to calm down, but it was no ode to joy! The return to joy took Peasy himself, his daily unquenchable curiosity about the world and his wonderful bounding energy. Whatever his unhappy earlier life, Peasy has become, over time, a mostly happy dog. He loves having a family and a home! And regardless of how he feels about meeting strangers (from nervous to terrified), he is very comfortable and affectionate with us.

Our intrepid Ulysses reading circle met last week to discuss (my choice of book) Virginia Woolf’s The Waves, and we stayed on topic for two hours, everyone agreeing that it had been a brilliant, unusual, and very worthwhile novel for reading and discussion. September’s book will be Chinua Achebe’s Things Fall Apart. I'll be reading that one for the third or fourth time, but it is worth re-reading.

After rather an overload of mostly nonfiction read recently, this morning I finished a long novel, Damnation Creek, by Ash Davidson, recommended to me by my sister. The story is set in redwood country, near the town where my younger nephew presently lives (the author is from Arcata, California, and now lives in Flagstaff, Arizona), and is fairly even-handed in its treatment of the logging industry from the perspective of people who depend on it for their living. I recommend it to anyone who has read The Overstory, not because it takes the "other side” but because it is sympathetic to working people’s needs and at the same time acknowledges serious harms done. Also, it’s beautifully written. 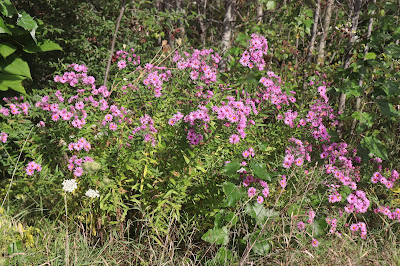 So here are books I’ve read since my last post:

131. Cameron, Peter. Someday This Pain Will Be Useful to You (fiction)

132. Gootwald, Linda. Once Upon a Shelter (nonfiction)

Awwww Peasy. I suppose we all have moments when the worst of us comes out. It's just scary for you when he reverts, even for a short time, to his old self. I'm sure it's scary for him too. Anyway, thanks for the connection to my blog.

I was thinking you were going to talk about summer fading into fall, and instead of thinking that summer was over we should be excited that fall has begun. Which is something I have to work on because I so so so don't want summer to end! It's the same every year. I love the colors of fall, but dread the winter months. I want to go to Alabama for the winter, but their covid #s are horrible. I think they are in the worst shape of any state right now. And my sister-in-law refuses to get vaccinated so.... and of course Katie has monthly vet appointments to monitor her kidney disease...so many reasons to just stay home.

Well, I kind of did what you expected, if only in the pictures (esp. first photo), although my point was more general. As for Alabama, I have just ordered a new book set there, a memoir by Rick Bragg about a wild, stray dog he took into his life. The book is called THE SPECKLED BEAUTY: A DOG AND HIS PEOPLE. And change? It certainly can be hard at times, can't it?

Gee, I’m sorry to hear about your Peasy problems. He is such a pretty dog…and from afar, seemingly calm. I hope your talk with Liz gave you reason for hope. Oh! I looked up the Sough of Despair and got caught up in who John Bunyan was and how The Pilgrim’s Progress became such a widely read book. And it continues to attract lots of attention. I’d be more interested to read Damnation Creek because I liked The Overstory. Hoping the library might have it. I could also order it from the Greenlight Bookstore!
I like your epiphany story…and they ARE little it seems. But it is a really good habit to be positive because as I get older, there are many things that can bring me down. I just finished The Dictionary of Lost Words that follows (real) people who put together the Oxford English Dictionary, but Pip Williams tells the story through a fictional woman. Whew! Women could do SO little in the late 1800’s and even through much of the 1900’s. I enjoyed it and the unravelling of all kinds of words going into the OED. Plus, I felt quite lucky being a woman in these times, although they do seem dark so often.
I remember the pretty asters at your place! They have such color! Thanks for the photos of them and your Peasyness!

Your comment, "...from afar, seemingly calm" describes him pretty well, and so it means he's more relaxed with strangers around outdoors than in the house (our old farmhouse with its little, crowded rooms). I have yet to read PILGRIM'S PROGRESS in its entirety. I've read several at the beginning, no more. My real connection to Bunyan's classic work is LITTLE WOMEN and how the four March girls played "Pilgrim's Progress" on the stairs when they were little, with physical bundles, and then, when older, shared their emotional burdens with each other. But the phrase Slough of Despond is one I find so evocative! Doesn't it just describe that mood perfectly?

I hope you will read DAMNATION CREEK. You'll appreciate and love the characters.

I too am glad I did not live in Victorian times. If any time in the past would have suited me, it would have been the eighteenth rather than the nineteenth century, but like you I am happy with the time in history that has been mine, even with the sieges of darkness.

The asters! On the gloomiest of days, they are bright in the fields and along the roadsides, and on sunny days my meadow practically sings with color! You saw my early ones from the nursery. Now the wild ones are rioting peacefully and happily throughout the county.

For the record, the woman I talked with was Tina. She is in her 50s and says she's "getting old" to deal with troubled dogs! Luckily, Peasy is an angel most of the time. We are quite aware of his issues, limitations, and fears and try to avoid putting him into situations he would find frightening, as much as possible. And he is vastly improved in the time we've had him. Room for more improvement? Certainly!

Hope fall is going well for you two in Brooklyn -- a world away from Northern Michigan, but since you are there it doesn't seem unreal. xxxooo