To Mask or Not to Mask (Big Sigh!)

August is here, the summer of 2021 is two-thirds over, but we have not heard the last of COVID-19. Leelanau County, leading Michigan with over 70% of the population vaccinated, is filled with eager vacationers from all over the country, and in many other places the vaccination rate continues to lag, despite a resurgence of cases, hospitalizations, even deaths.

A friend called me on Friday evening to discuss the question of remasking. She and I and our husbands are all over 70, so – perhaps not “compromised” but definitely in the at-risk demographic. Here is a map of the U.S. showing statistics, but the text is worth reading, too. Eighty-eight percent of those infected are among the unvaccinated: you can subtract 88 from 100, right? Twelve percent (12%) of COVID cases involve vaccinated people? That’s what my friend wanted to discuss with me. Recall that the vaccines were never advertised as 100% effective, the first numbers given ranging from 91-97% effective, as I recall, and Pfizer now reporting a drop in effectiveness after four months to 87%.

Well, people living and working in Northport have a Facebook page that I joined shortly after it began, and it was on that page that I posed my question – Remasking? Never stopped masking? – to other people in our business community. My friend and I during our phone conversation had heaved a few big sighs over the remasking question, and the number of sighs coming from me increased after I posed the question to the Facebook group.

It was intended as a simple question. I wasn’t asking for medical advice or looking for an argument, only trying to get a feel for how others in business in my community were feeling about this health and safety issue. We all see license plates from Florida, Texas, Missouri, Wisconsin, Alaska, etc. – and everyone who drove from those places traveled through other places (as do the Artist and I when we go between Michigan and Arizona), so how are others feeling about risk these days?

Omigod, the brouhaha that ensued!

I had asked another question in the past week about the local source for all the big logs I’d seen being trucked south through the village, and the same thing happened with my mask question that happened when I asked about the logs: First responses were simple and to the point, but very quickly ideology came rushing into the picture, with sides lining up and throwing spitballs at each other. One person not only referred to the slippery slope argument (more entertainingly titled, I always feel, the camel’s nose) but made one of his own. No one (yet) has called anyone else a fascist or a communist, but the terms ‘dictator’ and ‘socialist’ have been thrown around. Ye gods and little fishes!

Yes, it’s freedom of expression. Yes, that’s what democracy is all about. But does every question have to be a political football? Really? I mean, everyone on the site already knows which side everyone else is going to join. Nothing new is being said, and no minds are being changed. Oh, one new thing was said: Jean-Paul Sartre was called a utilitarian. No, sorry, he was not a utilitarian. Existentialism and utilitarianism are poles apart. I mention this to the handful of people who will care….

Meanwhile, on Saturday in my bookstore I noticed that about half of the people coming in were masked. I wore a mask myself most of the day and will be doing so in other crowded indoor situations.

Among My Current Books

I read two novels from beginning to end this past week, began one nonfiction book and am continuing my reading of another.

The novels were as unlike each other as could be. Westside is a noir fantasy, set in an imaginary New York in a Prohibition Era that was never quite like this. The action rarely slows, and I can’t say I followed every twist and turn, but the writing is good, and I could picture the settings as I read, which is always something I look for in fiction. To my thinking, the novel cries out for an animated film adaptation. I’m told that Martin Scorsese has bought the rights and that the book’s author is writing the screenplay, though, so we’ll see what develops.

Escape From Assisted Living has no murders (one small mystery as a plot thread) but could legitimately be termed a “cozy” read. I enjoyed it. Again, good writing, interesting and varied settings, and a main character I did not identify with but for whom I felt affection and empathy.

I will read the sequel to Escape From Assisted Living but probably not the sequel to Westside. Noir fantasy is just not my genre. I read The Hunger Games and The Girl With the Dragon Tattoo but not the sequels to either book. I’m not boycotting, just limiting my intake.

A friend loaned me the U.K. edition of Diary of a Young Naturalist, by Dara McAnulty, a book I'm enjoying enough that I put two copies on my new book order list for the coming week, anticipating that some of my customers will want to read it, too. The author is very young, an extremely gifted writer, passionate about nature (especially birds), and on the autism spectrum. And we’re on “the other side of the pond” as we read it, so altogether we enter another world in more ways than one.

I’m about two-thirds through The Other Blacklist: The African American Literary and Cultural Left of the 1950s, by Mary Helen Washington, a writer who came to my attention because she wrote the introduction to my edition of Zora Neale Hurston’s Their Eyes Were Watching God. Although the style of The Other Blacklist is academic, with requisite citations and the usual repetitions, it makes for fascinating reading, and I am learning quite a lot about how 1950s black artists were targeted and persecuted as “subversive,” whether or not they were officially affiliated with the Communist Party. The official government line was to counsel patience, gradualism, and urge “universal” rather than “racial” themes on black writers. In other words, writing about the black experience at all was suspect. Like Native American children sent to boarding schools to learn how to be white, black artists also were urged to leave color behind – as if white America would ever let them! – if they wanted to succeed nationally. Talk about Catch-22!

Peasy and the Larger World

I’ll confess that Peasy met our most recent visitors (last Sunday and Monday) only while on-leash. And he barked. When we dined outdoors, he watched from the porch window (not barking, please note), and the next evening we occupied the porch for several hours while he lay patiently outside the front door. He is getting used to people coming and going – I hope! Part of managing a reactive dog, however, is not putting the dog unnecessarily into stressful situations. And since Peasy is so bonded to me, he’s more relaxed when I’m more relaxed, so that there is that aspect, too.

But he is learning. He is very patient when we don’t want to be bothered, and then, when we are ready to pay attention to him and play with him again, he is all wiggles and kisses and overflowing happiness! He is just wicked cute, that little guy! He waits like an angel for permission to approach his food dish or go through a door or jump out of the car. And he is much, much better about not lunging like a cobra when we drop things on the floor. In those respects, his sweet, nonchalant behavior now approaches – normal! 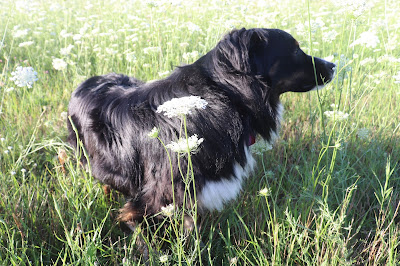 So there you are – the world chez nous, as we slide into the beginning of August, with a hint of September in the air. I hope the summer has been treating you well and that you are enjoying books and the outdoors in equal measure. 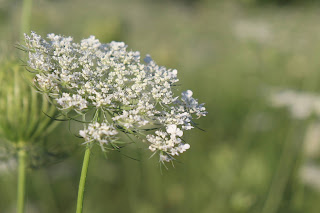 I agree with your shock at how divided and partisan issues can get, whether it is a discussion about a mask, a vaccine, timber, and even food being organic or not. Whew! I feel I must be careful where I step verbally because I can cause quite a stir. Speaking of a man in our small town theater group who changed in later life to become a woman, our daughter corrected me by saying he had always been a she, kind of playing a role as a husband and father, and had ‘transgendered’ to a woman, not becoming a woman. Well, I stand corrected, but it seems I’m often going to make many mistakes with the he/she/they references, at least. It’s a new world vocabulary out there! As far as your comments about Black artists being encouraged and directed to be less Black and less political to be successful, that is what I have seen reading Langston Hughs, Isabel Wilkerson, James Baldwin and others, in their life stories. In the first half of the 1900’s, it was difficult for them to have success if they wanted to write about being Black. Acceptance in a wider circle of readers has come in the last 30-50 years, I think. Ta-Nehisi Coates, a younger author, wrote the book “the Water Dancer” and it is just wonderful.

Jeanie, I have trouble with the pronoun 'they' for an individual, not from social conservatism but from linguistic conservatism! Am getting used to reading it -- and have heard it for many years, of course, just because it is the way people often talk in general -- but using it myself is something that will take me a while.

Since girlhood, I have always been interested to read not only memoirs and biographies but also novels with characters whose lives are unlike my own. That is part of the adventure of reading, as I see it. We can travel to distant lands and know the thoughts of others. What I love, love, love about James Baldwin's novel ANOTHER COUNTRY is that if someone read the novel knowing nothing about the author, that reader would not be able to tell if the author was male or female, straight or gay, black or white. The best writers inhabit all their characters, and in doing so open our eyes to the experiences of others. I guess I have to read THE WATER DANCER, eh?

Yes, I think you’ll like ‘’The Water Dancer’’! I’m writing down books you’ve read, hoping to find a few at the library, and also making a plan to go to Greenfield Bookstore, too - an adventure!!