This Bookseller is a Dedicated Earthling

With summer whizzing by as it does, a lot of my thoughts get lost almost as soon as they pop into my head. That’s my excuse for leaving things out of my blog that I briefly but sincerely intended to include, one being the recent space launch by a private company, which had a lot of people very excited. Maybe some of you reading this post were very excited. I can’t say I shared those feelings.

The one publicly available seat on the spaceship was awarded by auction to the winning bidder for $28 million, but “schedule conflicts” prevented that person from taking flight, so the second-highest bidder went instead. We don’t know how much that second-highest bidder paid. It’s pretty funny to think that one would cancel a $28 million-dollar flight into outer space due to “schedule conflicts,” though, isn’t it? What could have taken precedence, other than a death in the family or an imminent birth?

Honestly, I don’t get any more excited about billionaires blasting past earth’s atmosphere than I do about millionaires scaling Mt. Everest, paying $28-85,000 to do so and having all their gear carried by Sherpas. You or I, if either of us had the money, could “conquer” Everest or fly with other billionaires beyond our home planet, but what would we have contributed to the betterment of earth or our fellow earth creatures?

I read that the online behemoth (whose name, along with his company’s name, I avoid saying) thanked his company’s employees for his ride into space, telling them that “you guys paid for this.” Robert Reich was appalled.

How could this man, who gained billions of dollars in personal wealth during the pandemic while millions of American families couldn’t afford to keep food on the table, whose company used an army of lobbyists to ensure that special tax breaks for Amazon were built into President Biden's plan to raise corporate taxes, and who deployed fearmongering tactics and lies to prevent Amazon workers from unionizing, joke about how the exploitation of his workers paid to fuel a private space race between billionaires?

That kind of sums it up for me, too.

Scientists at NASA put together U.S manned space flights. Astronauts risked their lives on those first forays beyond the atmosphere. Now outer space is just another playground for the wealthy?

Do you buy books? If so, please buy local. In other words, SHOP ON EARTH! -- See? I wasn’t changing the subject at all. 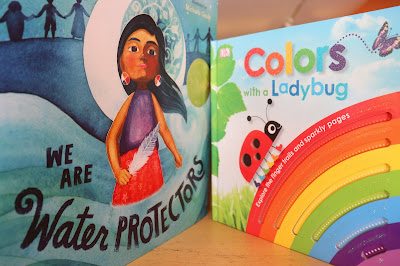 Dear Pamela, I also very much agree that the amount of money put forth to circle the earth at high altitudes is a bit of a waste. It’s not done for scientific collection of information (as far as I understand), and to charge another person so much money….well, could that money be put to better use for anything else? Helping feeding people, help educating people, help environmental crises…the list is long! As far as buying books, I DO try to buy them at local stores - thanks for the info on Greenlight Bookstores here in Brooklyn - I’ll be there next week. I do like my Brooklyn library, though. Just finished “Even in Darkness” by your Northport author Barbara Star-Nemon, a marvelous an involving book about Jewish families from the 1940’s to 70’s. About Peasy, when we met him, he was quiet, but the second visit he barked at us, so I think he is getting used to strangers, and he will like men more as he matures, one hopes. He sure is a pretty dog and I hope we can pet him on our next visit!

Jeanie, I'm so glad I could "introduce" you, as it were, to Greenlight. And your Brooklyn library sounds fantastic, too! You'll be glad to hear that Barbara Stark-Nemon is at work on another novel set in Europe, way back in history. More on that in the future.

Peasy! Little does he know what a cheering section he has out in the big world. Do you think the barking was recognition on his part? The first time he was on the porch, indoors, the second time outside on the leash. Well, he met another friend the other day, on leash, and was pretty good. Sometimes after he obeys a comment from David, David says, "That's a better dog," instead of "That's a good dog," and it always amuses me. As if dogs heard comparative terms! Well, who knows?

I DO wonder about dogs and what they understand. I think that they can feel the emotion in the way you say a phrase, so if David says “better” in a complimentary, happily surprised way, then Peasy will understand that he IS doing better than perhaps a “good dog” comment. ‘Course, that is only my doggie-guess on the matter!