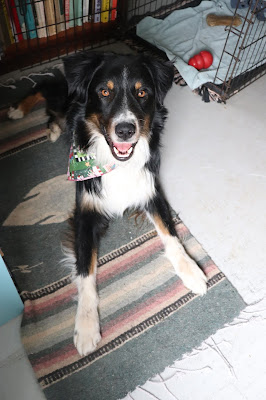 Not only is Mr. Peasy clueless about holidays, he doesn't understand about a photo shoot, either, so when I finally got this one, both showing the Christmas scarf and his typical look, I called it quits, even though the crate would not have been my first choice for background. Initial attempts, however, having him "Sit!" didn't look right at all. He had his ears down in that submissive way, not the cute, perky look I wanted. Also, the scarf had slipped around and looked like a bib. 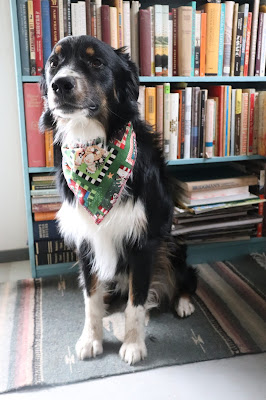 Then came happier, Peasier pictures, but the scarf didn't show at all -- or just barely. 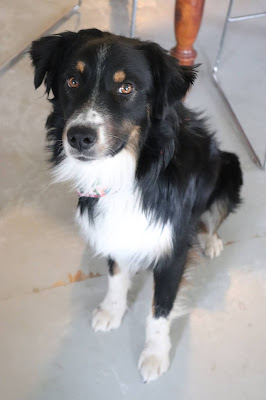 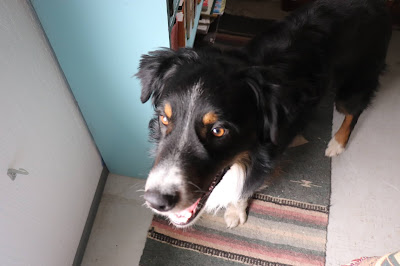 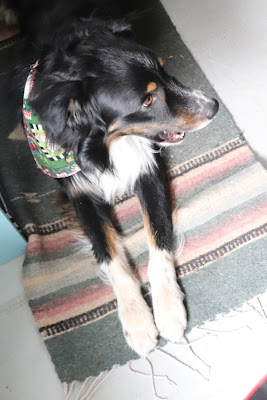 Maybe Mr. Peasy realizes that it's really Sarah's scarf and that she was the star. Be that as it may, all of us send best wishes for the best possible holidays we can all muddle through this year. 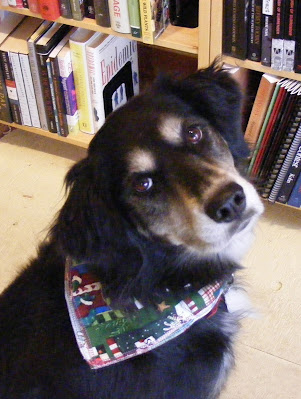 Any which way, he's a handsome fella... Happy Holidays!

Awwww, he's very handsome and I think he'll get the whole photo shoot thing with time. Merry Christmas to you all, I hope the headache lets go of you soon.