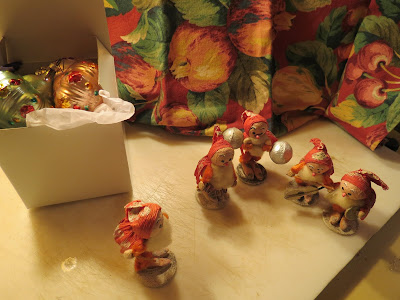 Hanukkah, Solstice, Christmas, New Year — the time of holidays, these various festivals of light, can seem to place upon one a heavy obligation to rejoice. During this particular year’s holiday season, one friend has lost his oldest friend in life, our son-in-law his father and a sister-in-law, and yet another sits day after day by the hospital bedside of his wife, looking for hopeful signs of improvement.

The holidays can be a difficult time even without Death (or sad reminders of it) at the door. For other people there are other wolves — unemployment, insufficient income, poverty, and all manner of fears for the future, financial and otherwise. The news brings grim stories daily. 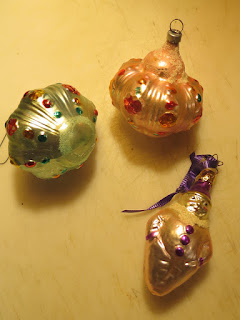 I seek refuge in reading. The three books I’ve been reading this week are all written as first-person narratives. Though only one is a memoir, the two novels take on aspects of memoir, and in one the author’s own voice breaks through his tale on more than one occasion. Other people’s lives! How do other people come through difficult patches? One reason for reading memoir, even for reading fiction, is to seek an answer to that question. Recently, for example, I read and reviewed a memoir written by my own cousin (our fathers were brothers), and my sisters and I have not done yet sorting through memories brought to light by that book. But a stranger’s memoir may just as easily strike a reader’s heart.

In one of the later chapters of her memoir, Stir: My Broken Brain and the Meals That Brought Me Home, Jessica Fechtor writes of the time in her recovery from brain aneurysm and subsequent surgeries when she started writing a food blog and happened upon How to Cook a Wolf, by M.F.K. Fisher.

With the war in full swing, the wolf at the door was hunger, the literal hunger that people faced on a rationed existence, but also the hunger for peace, for simple pleasures, and the authority to determine the nature of one’s own appetite and feed it accordingly.


Government agencies encouraged the public to think scientifically about how they might cobble together their recommended vitamins and nutrients each day. M.F.K. Fisher urged her readers to take a different approach…. The key, she believed, was approaching the stove with all the powers of one’s mind and one’s heart….


And so, How to Cook a Wolf is a book about cooking with courage and faith. It’s about granting oneself permission to feast, really feast, on whatever scraps you have before you, despite the wolf nearby—in fact, because of him.

And this is what Jessica Fechtor’s book is about, too. She is a lovely writer, and from the way she explains her recipes it’s clear that she is also a lovely cook. By “lovely” I mean gracious, heartfelt, with a sure, knowledgeable, loving touch. One finishes her book wishing to be part of her life but happy to realize that the author’s life is complete as it is, that the wolf has retreated and that even before his retreat, in the darkest hours love was never absent.

About Where the Sea Used to Be, a novel by Rick Bass, I cannot say as much, as I’m only 68 pages into the 445-page book. The main character appears in the third person, but another character, who has yet to appear directly onstage (though constantly present in the thoughts of the two before us) appears in quoted passages from a journal he wrote years before. We are in a remote valley of Montana, in deepest, coldest winter. Maintaining sanity is as crucial as maintaining physical life. The author has his character, Wallis, dreaming of the earth far below the snow-buried surface, and I am reminded of a nonfiction book by Bass, Oil Notes, one of a handful of books (see here for others) that captures the allure of geology, the romance of rock.
In Where the Sea Used to Be, Bass gives his own love of geology to his character, Wallis, and seduces a reader into Wallis’s underground dreams, but there is another layer, historical and personal rather than geological and abstract, to my reading of this book, as so many sentences make me think of the late Jim Harrison. How I hope he read this book! (Surely he must have!) I can turn to almost any page and find a passage that puts Jim reading it in my mind. Here, for example, is one:

…It was hard for him to imagine the specific processes that had given rise to those individual cementings below; hard to imagine the specific processes that had held an ancient land in place; but that night, in his dreams, he imagined that perhaps those old lands were held in place by a quietness and enduringness—a smoothness of fit. The way rain falls, the way snow falls. The way birds sleep. The way lichens grow in red and blue mosaics across damp boulders and old stone walls. The way a log rots.


The slow moths that emerge from the log’s orange rot.


If the wolves howled that night, he didn’t hear them. The snow absorbed everything.

My third book of the week has been Laurence Sterne’s The Life and Opinions of Tristram Shandy, Gentleman, a book I’ve been avoiding for almost as many years as I avoided Kristin Lavransdatter, and one that, finally immersed in the pages of first the latter and now the former, I am enjoying equally. What a romp! The introduction of the Wordsworth Editions paperback by Cedric Watts is very helpful. Still, it took a while—many pages—for me to enter the book’s spirit, which is the only way to enjoy reading Tristram Shandy.

It occurs to me this morning, having begun M.F.K. Fisher’s wolves at the door, summoned up again by Jessica Fechtor, and having continued through the Montana wolves of Rick Bass, that Sterne gives us a long meal designed to take our minds off life’s metaphorical wolves. The book itself (in its many volumes) is the hobby-horse of the fictional narrator, Tristram, as recreating the siege in which he received his wound is Uncle Toby’s hobby-horse, and Tristram says of his:

For my hobby-horse, if you recollect a little, is no way a vicious beast; he has scarce one hair or lineament of the ass about him — ’Tis the sporting little filly-folly which carries you out for the present hour — a maggot, a butterfly, a picture, a fiddlestick — an Uncle Toby’s siege — or an anything, which a man makes a shift to get astride on, to canter it away from the cares and solicitudes of life — ’Tis as useful a beast as is in the whole creation — nor do I really see how the world could do without it —

In an earlier passage, Tristram mused on what kind of subjects would suit him, if he were a monarch—and I’ll never find that passage again this morning, but what he wanted was that his subjects would be merry. And so Sterne, as author, and Tristram Shandy, as character-narrator, do all in their power to make readers merry, to carry us on their pages out of the present weary hour and “away from the cares and solicitudes of life.” 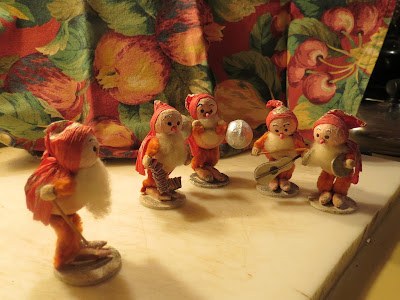 Exchanging our own concerns for those of another when reading a memoir, taking temporary leave of reality altogether to lose ourselves in a novel — I do not see that either form of reading is irresponsible escape. There are lessons to be learned from others’ lives, even from the lives of fictional characters, and laughter does us good, too.

Around our old farmhouse, the howls come from coyotes rather than wolves, actual rather than metaphorical, and to our ears they are the sound of home, but, as Tristram would say, that is another story entirely, and let us not get sidetracked onto that now.

Courage and faith. Imagination. Joy and merriment. Those are my themes today. And I wish you happy reading for the quiet hours of your holiday, and if you have no quiet hours, I wish you joy of merry noise! 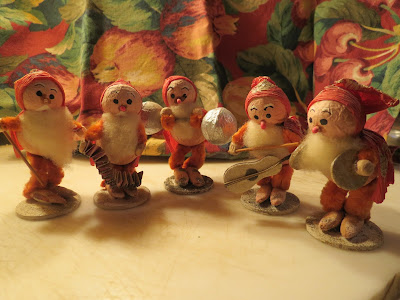 Today I gave myself the treat of reading every word of this post and thinking about it. Two cups of coffee - lots of memories stirred in - and joy and merriment! Is it my imagination or is biography and memoir taking over publishing? Not complaining. Not at all.

Gerry, you sent me down a rabbit hole, looking for a comparison of memoir sales vs. fiction sales. No answer to the question at this time. Red Queen distracted me.