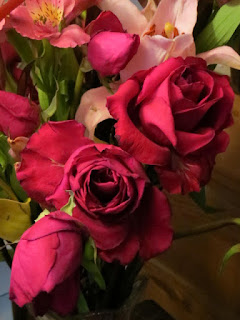 My year’s-end reading can get a little frantic, as I’m trying to finish one book and squeeze in another, but I found time this morning to go through some articles I’d missed in the November 24 New York Review of Books. One was a review of a new intellectual biography of Alexander Herzen, who had been little more than a name to me up to now, and from that review I see Herzen as a fascinating, congenial writer and quite possibly (I need to learn more) a kindred spirit.

According to Gary Saul Morson, reviewer of The Discovery of Chance: The Life and Thought of Alexander Herzen, and quotations he gives from  Aileen M. Kelly’s book in support, Herzen was, throughout his life, tugged in two directions, “inclined in turn to romantic utopianism and ironic realism.” As a self-described romantic pragmatist, I was instantly sympathetic. 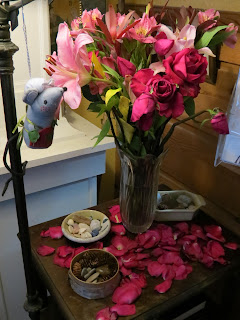 Herzen did not buy general formulae -- big slogans, principles, goals, abstractions, e.g., the idea of ‘progress.’ A thinker ahead of his time, he denied teleology to nature before such a view became the norm. Nineteenth-century determinism saw the future unrolling necessarily from the present, such that if we could but identify all contributing factors we would have complete foreknowledge. Herzen, like Henri Bergson, denied the sweeping claims of determinism, then so firmly held across disciplines and political views. In his essays, he saw the determinist view as one of many absolutes people used as substitutes for God, “the mysticism of science.” As Morson puts it, “[L]aws and chance interact. Repeat a situation, and it might develop differently.” Evolution without a predetermined endpoint. Darwinian.

Here is a line, quoted in the reviewed book from Herzen’s own book, From the Other Shore:

The future does not exist.

It is not necessary, according to research paper guidelines, to set apart and center such a brief quotation as that, but I do it intentionally, as it is the crucial kernel of any denial of determinism.

To his Bergsonian denial (I cannot help seeing it as Bergonian) of determinism, Herzen joined a Wittgensteinian propensity to question himself as rigorously as he questioned others. It is a rare philosopher -- a rare human being -- who can say of a view he held formerly with great conviction and passion, “I was wrong,” so I very much want to explore the thought of Alexander Herzen in 2017. For now, for this week, I am delighted to have stumbled on an introduction to his work.

Denying determinism, Herzen went on to say of the future,

It is created by the combination of a thousand causes, some necessary, some accidental, plus human will....

And so, from what little I have read in a single book review, I’m pretty sure Herzen would not have seen moral progress as inevitable. He would not have seen the “long arc of the universe” bending necessarily toward justice or any predetermined end. He would have seen that as simply one more silly myth, a comforting but basically irrational belief.

Where does that leave us? Well, please note, if there is no predetermined end, no “necessary” direction that will manifest in one future rather than another, the possibility of moral progress cannot be ruled out, either. (“He loved italics,” the reviewer notes of Herzen, listing some of his other writing excesses. Sigh! We have that in common, too!) And note also Herzen’s inclusion of “human will” in the myriad of causes that will bring about whatever future comes about. I think it leaves us with a lot of possible outcomes, some of them desirable.

Now if someone says, “I don’t believe in x” but engages in x on a consistent basis, does that person really hold the stated belief? I don’t see it. On the other hand, I see other people all the time, in my own life and in the public arena, who act on and live their beliefs. This is what I was struggling, probably very awkwardly, to say in my previous post about faith as practice, creating a future of justice.

The future is in our hands. The world will be what we make of it. What shall it be, my friends? What will we make of this year so soon to begin? 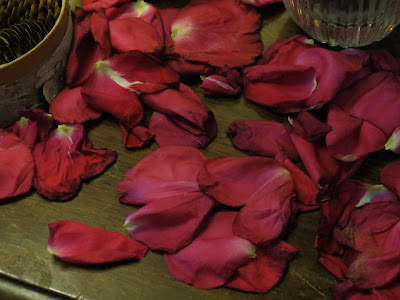 Whatever it is, it won't be just as we please.

We'll do what we can, though there are always constraints.