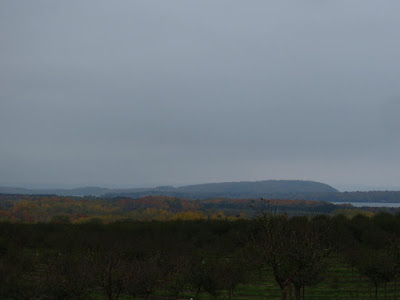 The sheep shuffled themselves into a tighter pack in the field beyond. Her feet skidded on ice, scuffed on stones; trees stood bare against the starry sky, the pale shape of an owl swept overhead. She climbed up as high as the drovers’ road; she stopped there, on the crossroads, on the edge of everything she had ever known. The hillside stood wide and empty, and it seemed that there was nothing but the stars and nightbirds.
-      Jo Baker, Longbourn

As autumn slips from bright warmth to colder, chillier days, days growing ever shorter, bookmarked by dark mornings and darker evenings, instinct prompts me to turn to the joys of reading again books I have enjoyed in the past. Taking down a well-loved book to read it again is like settling in for a good long visit with a beloved old friend: in the comfort of familiarity, there is space and leisure to discover what one has never seen before and to rediscover forgotten delights.

An inveterate re-reader of Jane Austen all my adult life, when I discovered Jo Baker’s re-imagining of Pride and Prejudice from the point of view of a maid in the household, I shelved Longbourn alongside the Austen original, anticipating re-readings of both.

Sarah took her orders, and went to gather up the needful equipment: her blacklead, vinegar, the jar of cold tea leaves, her rags and broom; at times like this, you just gritted your teeth and got on with it. She carried her basket upstairs, and, with Polly, got down on her knees to roll up the Turkey-carpet up. She swept out and blackleaded the grate, and then between them she and Polly dragged the carpet down the stairs.

Sarah is literate and borrows books from Mr. Bennett’s library, as well as from Elizabeth Bennett, but her life experiences have been narrowly circumscribed. She has not traveled far from home. Her little world has been bounded by the immediate countryside around Longbourn House and the village of Meryton. Also, her life is one of hard labor rather than moneyed leisure.

Jo Baker’s story lacks the sharp wit of Jane Austen’s. Well, of course! Clever, saucy Eliza Bennett is Austen’s central character, while Baker’s novel takes unworldly Sarah’s point of view – Sarah, who never so much as appeared by name in Pride and Prejudice. But while I will always love Elizabeth’s impetuosity and strong feelings, her prejudices and sharp tongue, as well as the loving heart she bears for family and friends, I am touched by hard-working Sarah’s ability to see beneath the social surfaces of those in all classes of life. Rather than take Mr. Collins as a complete fool, for example, as do Mr. Bennett and his daughters, Sarah sees the young man’s clueless awkwardness, and she pities him. Were Sarah to be cast as maid in the home of Emma Woodhouse, we feel sure she would understand the feelings motivating Mrs. Elton's behavior and pity her, also, rather than dismiss her from sympathetic consideration.

Pride and Prejudice at its inception began as a simple epistolary novel and grew from there, and even in its final published version the content of letters holds much of plot and character development. In Longbourn, not so. Entrusted with Elizabeth’s letters to mail, Sarah turns them over curiously in her hands on the way to the post office,

...lifting them to smell them, tracing the seals with a rough fingertip. They flitted wherever they liked, these letters. They darted back and forth across the countryside like birds.

Not like Sarah, who, when finally given the chance to travel to London, must ride outside on the carriage luggage rack. 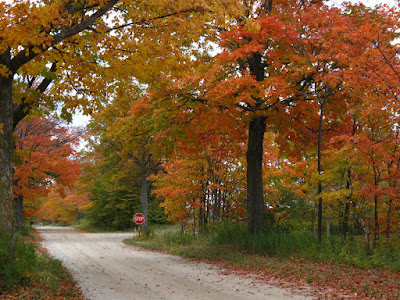 She has dreamed of travel, though, this servant girl with rough, chapped and chilblained, work-hardened hands, and she is intrigued by James, the new addition to Longbourn’s servants, in part because she senses that he has seen faraway places. It’s true, James has been far from home, but there are places he has seen that he would like to see again, differently.

He sat on his bed, still in shirtsleeves, with a blanket over his shoulders, and a book of Scottish maps on his lap. This way of rendering the hard facts of landscape was new to him: the little upward flicks of the pen for mountainsides, the tiny clustered trees for woodland, the blue patches of lochs. He wanted maps of other places, he wanted maps of places he had been, he wanted to follow routes across terrain that his feet had trodden.

Will his life from now on be as narrowly bounded as Sarah’s always has been? As was the case with Elizabeth and Mr. Darcy, Sarah and James begin their acquaintance with misunderstandings and irritability that we feel sure will turn in time to love. What we cannot anticipate in early chapters, however, is the number and depth of secrets that will be revealed in the novel’s rich course.

It is as much a matter of literary convention as of imagination, I’m sure, but Baker quite outdoes Austen when it comes to describing her characters’ world, whether indoors or out. In the kitchen we see the era's methods and materials of cooking and cleaning; outdoors there is livestock and fowl -- horses, cattle, sheep, pigs, domestic gallinies and hand-raised wild pheasant. Baker's descriptions provide details and nuances that transport a reader over two hundred years into the past and into a vanished English countryside.

She rubbed the mist from the window and looked out. Low sun now, after all the rain. The light was golden: it caught on the damp flagstones and made them brilliant.

Or this passage with Mrs. Hill, the housekeeper, outdoors for a change:

She climbed a stile, and sank down in the lee of a hedge. There was wood sorrel growing on the bank, and harebells, and there were cowslips nodding in the meadow grass at her feet, and a young cow ambled over, head swinging low, considering her with a bulging eye. It blinked its long lashes, and licked its nose with a rasping sticky tongue. 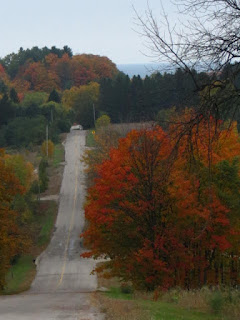 Among the comforts of re-reading is that even bad weather can be appreciated in the pages of a book. Our own northern Michigan skies of late have been filled with dark scudding clouds, the sky “heavy and low,” bringing a “strange dusk” to mornings and afternoons, but indoors we have cheery firesides and electric lamplight and books in which to lose ourselves, shutting out the chill fall dark with pages of lively, vivid fiction. Leelanau County is bracing and wild as October draws to a close. It's beautiful. But the fireside has its own attractions, and as I scrub out my own egg pan and wipe down the stove, I think of Sarah performing her chores at Longbourn, and I look forward happily to joining her again this evening.

I don't think I have ever knowingly reread a book. Sometimes I'm into a book and it begins to feel familiar and I realize, late, that I've read it already. Sometimes I finish it, sometimes I don't. So I probably need to deliberately read something I've loved in the past...just to see what that is like.

I have always been a re-reader, Dawn, from earliest childhood. Do you ever intentionally watch a movie you've seen before?

Dawn, Pamela and I used to re-read The Gentle Martyrdom of Brother Bertram when we were young. It didn't seem to be a book other people loved since when we looked for it at the library, again and again, it was usually on the shelf. Like my sister Pamela I love re-reading books because it's like being with a good friend and I have a wonderful time.

And I'm thinking now about how many times I had to read aloud MAKE WAY FOR DUCKLINGS and THE POKEY LITTLE PUPPY and JEREMY FISHER and other of my son's favorites before he could read books for himself. Is there a child who doesn't want to hear a favorite story again? Maybe it is the child in me who loves re-reading my favorite books?