How to Say Good-By? 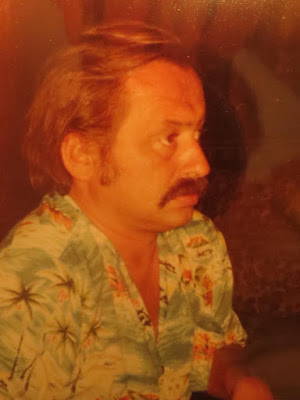 Searching in the dark for words

I find only memories and tears.

I didn’t know Jim Harrison in Hollywood meetings or Paris lunches of many hours and many courses. I knew Jim and Linda at home, in their old farmhouse down the road from Lake Leelanau, with their daughters and their friends, their dogs and cats and gardens and, long ago, Linda’s horse, later, her pet rescued crow. Also, memorably, at the Bluebird in Leland.

When we first met, the Harrisons were driving a car missing one of the back windows, the glass replaced by cardboard held in with duct tape, a car that exemplified the phrase "winter beater," though they drove it in all seasons. This was before Hollywood money allowed the remodeling of the old house. Even then Jim told me proudly that he always kept plenty of good food in the refrigerator and pantry. He might skimp on other things but never on food. Years later, when a number of friends were assembled in the house for a dinner party during sweetcorn season, Jim gave the signal to a handful of us to run out and pick the corn only when the water in the pot had reached a full, rolling boil.

Was that the same year that younger daughter Anna was feeling somewhat under the weather and requested duck broth? Linda observed with a wry smile that the family food obsessions had “created a monster.” (Not so. Like her mother, choosing a lightly traveled road, Anna married a poet.) And was that also the same time – somehow they blend together in memory, mental snapshots from different years and seasons all jumbled – that I hauled my Correcting Selectric III from Kalamazoo to Lake Leelanau to type a sheaf of new poems for a book Jim was putting together?

It’s true that Jim Harrison lived a big life. What is missing in all the public obituaries, though, for me – and I realize the public at large might not care so much -- are the workman, the husband, and the father. I remember older daughter Jamie’s high school graduation party, with tables set out all over the front yard at the farmhouse. (Jamie also became a writer.) And I can see Jim, standing at the kitchen counter in the morning, barefoot, wearing shorts and a loose, untied bathrobe. There is a cat stalking the counter, and Jim is having his first cup of coffee and cigarette of the day while discussing the cat and the day’s menu for lunch with Linda. Soon he will get dressed and go out to the granary, his office, to spend hours at work, undisturbed.

The year I took the typewriter to his house to type the poems, we walked out to the granary together. It felt strange, accompanying the poet to his usually solitary hermitage. Besides, there were the poems.

“I feel as if I’ve been reading your diary,” I told him.

And then we worked. No goofing around. When Jim worked, he worked. Two new books out just this year, Dead Man’s Float (poems) and The Ancient Minstrel (novellas).

We heard on NPR this morning that Harrison told an interviewer once he was sick of irony in modern literature and that he would rather take the risk of being thought “corny” for exploring the full range of human sentiment than “dying a smartass.” He could be a smartass at times, in social situations, but his writing came always from the heart, undisguised.

And he got his work done.

Bless you, Jimmy! Our world was larger because you were in it and is smaller now without you and Linda. 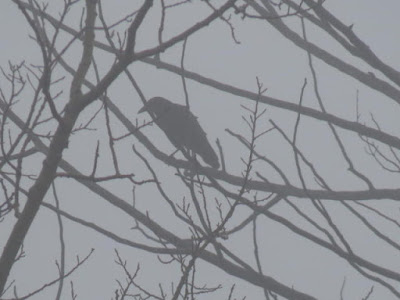 This is wonderful, Pamela. Thank you.

P.J., thank you for that. It may be the very best memorial to Jim of all the things being written and said this week.

A wonderful memorial, Pamela. Thanks for showing us a truer Jim Harrison than will probably be captured in any of the other tributes being written. A few years ago I had the audacity to send Jim a letter asking if he’d read and blurb my novel, citing my age (a few years younger than him) and my connection to Leelanau as the only reasons he might be persuaded to do it. Despite the gross effrontery, he sent me a gracious note begging off on account of his failing eyesight and wishing me good luck with my writing. Despite the bluff and bluster, I always thought he must have been a gentle man and I guess his response to me, and your memorial, confirmed it for me.

Grateful for this, Pamela.. you've given life to your wonderful memories.

Pamela, your memorial comments significantly add to the many other published tributes in the past two days. I wish that I might have had the opportunity to share a drink with Jim Harrison at Dick's Pour House or The Bluebird. Those of us that have read his works but never met him, know how fortunate you are to have done both. As always, thanks for Books in Northport!

I say the same thing. This is a wonderful memorial, more intimate than all the others.
Thanks, Pamela.

Certainly his friendship...and his clean and telling clarity of thought and word...have made their mark on your style. I loved reading this post and I will visit you on my next trip summer sojourn to Leland.

Thanks to all of you. I don't know that my memories are truer than anyone else's, but they are mine. It feels appropriate, too, that the first book I read in 2016 was DEAD MAN'S FLOAT. Going back now and reading older poems. David and I were lucky to share as much time as we did with Jim and Linda, and we do still have Jim's books.