Where Did the Blue Moon Go?

It seems the moon was full only a couple of days ago, and now it's half-gone already. Where did that full moon go, the second one we had in July? For that matter, where did July itself go? The peak of cherry harvest? One morning, early, I wrote the following lines: 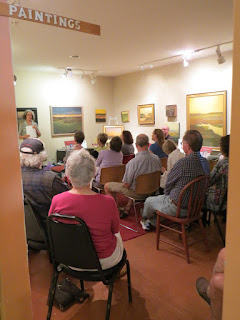 Another long-awaited event arrived at last: Wednesday evening’s reading and conversation with author Barbara Stark-Nemon, whose novel, Even in Darkness, is based on the true story of her great-aunt in Germany. In the discussion, Barbara directly addressed her decision to write the story as fiction, rather than memoir or biography: “I didn’t want that distance. I wanted readers to be in the story.”

Her novel certainly succeeds in meeting that objective. One audience member remarked that she stayed up all night, telling herself at the end of each chapter that she would read “just one more” and finding herself unable to stop. Another of my customers (the one who memorably addressed me the day after she bought the novel as “Goddess of Books!” -- a real first for me!) had told me that she had not wanted the book to end at all.

It was thrilling for me to have Barbara and her book in my bookstore at last, since I think it was three years ago that she first told me some of her aunt's story. It's wonderful the way her audience has expanded since then -- and continues to expand, as the book reaches more and more hands.

Now on we go, plunging into another day and toward another weekend, this coming Saturday the day of Northport’s (1) annual wine festival at the marina park and (2) the annual dog parade, beginning at 11 a.m. – this year’s theme is “Woofstock,” so think tie-dye and beads – plus (3) Leelanau’s reigning photographer Ken Scott signing copies of The Back Pages at Dog Ears Books, beginning at noon. 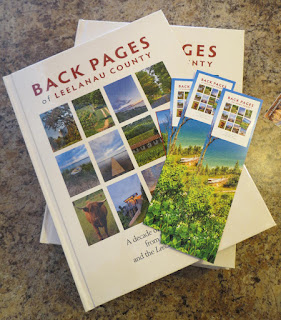 Then the very next day, Sunday, from 1 to 3 p.m. we'll have Jerry Dennis and Glenn Wolff here to sign their exciting and beautiful new book (another Big Maple Press Indie Bookstore Edition), A Walk in the Animal Kingdom. 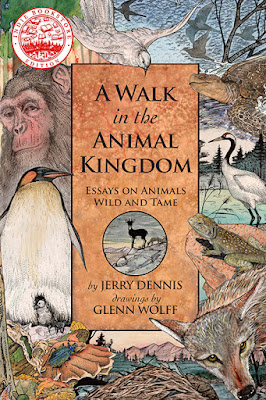 We were very, very lucky here at the north end of the peninsula to be spared the terrible storm last Sunday that hit from Leland south. Glen Arbor got the worst of it, but Leland, Lake Leelanau, Cedar, and Maple City all lost power and had trees down and cars and buildings damaged, as was true in Traverse City, as well. One woodlot owner lost two-thirds of his trees, and photographs I’ve seen remind me of the aftermath of the tornado we lived through in our Kalamazoo neighborhood years ago. Jerry and Gail Dennis, out on Old Mission peninsula, lost several large trees, including one very big maple, but not, everyone will be relieved to know, the Big Maple for which their publishing venture is named.

Here Up North, we’re used to snow, but not winds up to 100 miles an hour and skies that don’t even look real in the photographs. Many businesses and even Sleeping Bear National Lakeshore were closed on Monday. One of the reasons I heard given for closing the Lakeshore was that no personnel were available for rescuing foolhardy dune-climbers, everyone busy elsewhere with real rather than potential emergencies.

So much has happened from full moon to a waning half, it doesn’t seem possible that so little time has elapsed. Sometimes change is gradual, and sometimes it’s sudden and cataclysmic. Many Leelanau and Grand Traverse scenes will never be the same in our lifetime. But the main character of Even in Darkness, like her real-life counterpart, saw more devastating changes and went on to build a new life, and so must we all, whatever befalls us from one moon to the next. 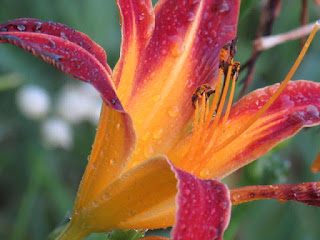 Thanks again for the wonderful evening on Wednesday, Pamela, and for these reflections...

So much going on! The quiet zone doesn't appear to be approaching any time soon. Thanks for all the opportunities you offer.