Seriously, I Really Am Working: Progress Report from Dos Cabezas 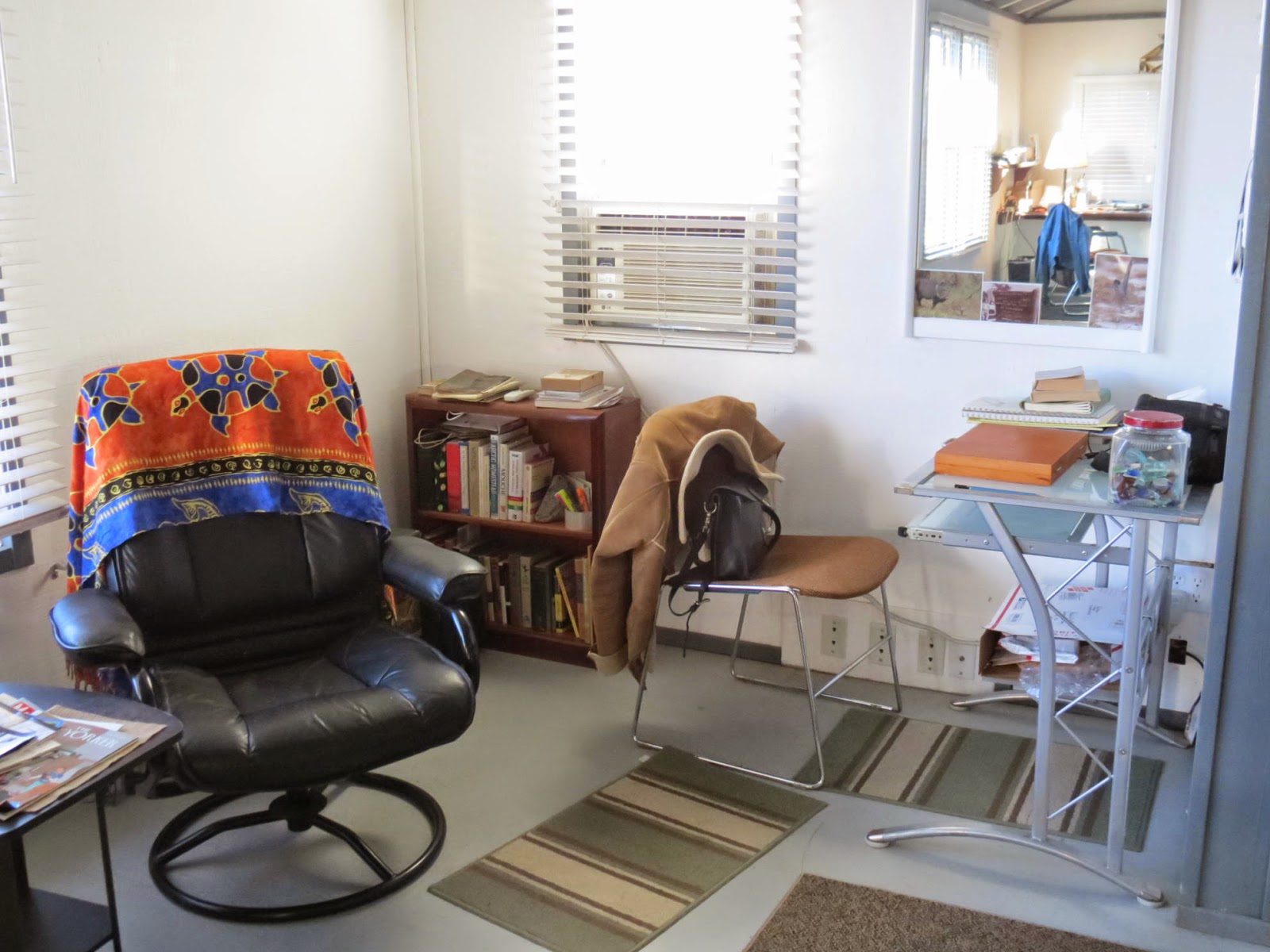 Some of my friends must be wondering, after so many posts about horses and cattle and history and botany and day trips to exciting places, just how serious is my notion of a sabbatical? Aren’t I, really, just having a long, extended vacation? The short answer is: I really have been working -- steadily, every day. A longer answer follows, for those interested; whoever prefers pictures can switch to my other blog and see some of what’s blooming these days in baja Arizona, plus some fantastic rock formations in the Dragoon Mountains.

My focus for this winter’s sabbatical has been long fiction – not short stories (though I did manage to wrap up one that had been simmering a while, and that felt good) but a novel. I didn’t expect to have a finished book manuscript in three months but vowed to get as far as possible with a good, strong first draft. And so I’ve been getting up before the sun every morning here in Dos Cabezas, my quiet little ghost town, and sitting down and work. (Work: getting up and sitting down. Funny!) At first the morning program was coffee and writing. That has been expanded to include a bit of yoga, but the main thing is still the writing.

Around the beginning of March, out of curiosity, I did a word count. Output to that point was eleven chapters and over 17,000 words. It was a slower accumulation than I’d hoped for but steady progress.

Then, unexpectedly, I hit a wall. I was stuck only 48 hours (and tried not to take it out on the world, i.e., David and Sarah), but for two days I was silently fretful, disappointed, and irritable, stewing in self-doubt. Maybe the project was beyond my ability and doomed from the start?

Let me be clear. I had no problem generating words, which is what I think most people have in mind when they use the phrase “writer’s block.” Words kept coming. Unfortunately, I was not seeing value in my words, so I intentionally stopped writing.

There’s a passage in James Baldwin’s Another Country where the character Vivaldo is frustrated by the novel he’s trying to write. His characters seem wooden, and he feels like he’s pushing them around mechanically rather than bringing them to life. Vivaldo’s impasse came to my mind but didn’t exactly describe what I was feeling. My characters, as far as I was concerned then and still am now, are very much alive. I believe in them and even (for all their shortcomings) like them.

So what was the problem?

The answer woke me up in the middle of the night: I was fussing way too much -- fussing over the timeline, fussing over the scenery, fussing over every little logistical detail. Like a nervous, first-time playwright/director, trying to control everything, I was keeping my perfectly competent characters sitting around backstage on folding chairs instead of letting them get up and act! I needed to get out of their way!

It was such a relief to see the problem clearly that instead of jumping up to get to work I went back to sleep. In the morning, over coffee, having decided to take the day off, I talked over my epiphany with David, so he would know what was going on with me and wouldn’t worry. “It means I have to start all over at the beginning,” I told him, “but that’s okay.” Then the next day, clear about what needed doing, I got back to work and now, having started over, I’m three chapters into a new, much more satisfying version.

It may be slower going from now on – or maybe not, I really don’t know. Either way, though, it’s all right. Piling up words on a schedule is not the object. The story is the object. Telling it well.

The other day after asking David if he wanted to read my new first chapter, I realized that until then I’d let him read no more than the prologue. That told me that already, somewhere inside, without acknowledging the fact, I knew all along those words weren’t measuring up.

Now, having been introduced to one of the main characters in my new first chapter, David asked the next morning, after I’d worked for a couple of hours, “What’s the Wild Man up to now?”

David: “If he’s going to Canada, I hope he has a passport.”

This is the kind of guy the Wild Man is. He doesn’t think ahead. And I’ve gotten him across. (“I didn’t think he would.”) Very satisfying!

Big question: were the last two months “lost” time? Wasted time? If what I wrote in that time isn’t going in the novel, after all? I say no.

When I reached dissertation stage in my graduate program, I wrote and rewrote my first chapter for a couple of years, then finally put it aside, plowed ahead, wrote all the other chapters, and in the end went back and wrote an entirely new first chapter, with maybe one sentence from all my previous drafts. (It might have been only a footnote.) But none of the time spent on all those unused versions of a first chapter was wasted, because it was all part of the process, or what one dear person in my life calls “the journey.” I got where I am now by going through everything that came before.

This is important. There are no shortcuts to the novel I want to write, because (and this is so Bergsonian!) the “endpoint,” the finished novel, has no pre-existing reality. Only by way of the working-through does it come into existence, and whatever that working-through involves and however long it takes will be what is necessary.

(I’m guessing what I’ve said here is even true for formulaic genre novels. What do you think?) 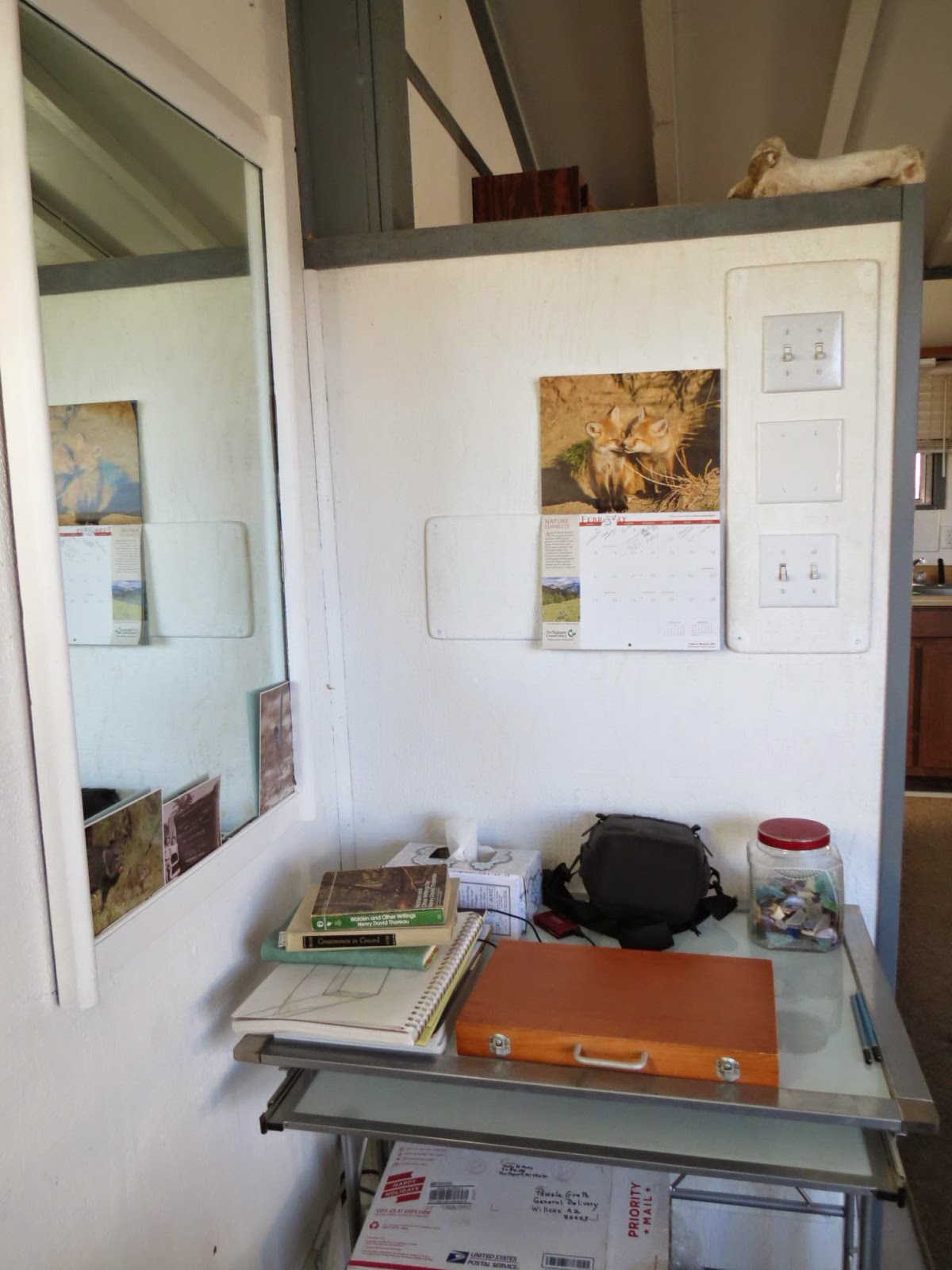 I’ll confess that I’m a little leery about my winter sabbatical coming to an end. I can’t help wondering how much room in my very busy, full Michigan life I’ll find to move ahead with this project that means so much to me. At the same time, I have to say that since starting over from page one, I have now have more faith (‘confidence,’ if you prefer) in how my story is unfolding and am not as nervous about the end of sabbatical as I was a month ago.

This morning David asked me, "What are they up to now, those people you're hanging out with?" I am hanging out with them: I wake up in the dark, and they are already there, in my mind, ready for me to pay attention to them.

Planning for Summer in Michigan

If you’ll look at the right-hand column for author events 2015, you’ll see that I have not entirely neglected my role as bookseller. Two authors have committed to dates in June, and I’m very excited about both, as I know my Northport customers and bookstore fans will be, too. There will be much more about Ellen Airgood and Holly Wren Spaulding as spring unfolds. By June I may even have firm dates in August for that month’s writer guests. As always, stayed tuned....

Despite my interest in your photography, I immensely enjoyed this post about your writing process. It reminded me of two things favorite authors have said. Annie Lamott, in Bird by Bird, has a whole chapter on shi**y first drafts. It's helped me when writing goes in the toilet for a while. Also, in an interview about his new book, Erik Larson said he rises at 5 am every day, except Christmas, has coffee and one oreo cookie and does his daily quota of writing one page! I'd expected much more. It just shows what one page a day can add up to. I just finished Mardi Link's new true crime book: Wicked Takes the Witness Stand. It's about the botched murder case in Gaylord in the 1980s. She might make a good summer book signing person. Her work is outstanding.

Karen, I love Mardi Link's writing! I'll be sure to contact her when we get back to Michigan, if not before. And thanks for the reminder about one page a day adding up. It probably comes to the same thing in the end: either one keeper page a day or many more, most of them tossed out!


The process. So true, none of it is ever wasted, it's all the base for the rest. I'm glad you're happy with the way your work has progressed. That must feel so satisfying.