What Kind of Angst Is This? 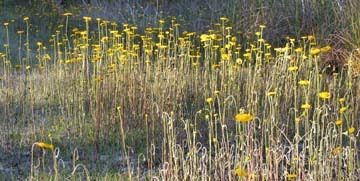 The tears were in Phoebe’s eyes.... She wondered how it came to pass, that her life of a few weeks, here..., had taken such hold of her, and so melted into her associations, as now to seem a more important centre-point of remembrance than all which had gone before. ...Everything, at that instant of farewell, stood out prominently to her view. Look where she would, lay her hand on what she might, the object responded to her consciousness, as if a moist human heart were in it.

She peeped from the window into the garden, and felt herself more regretful at leaving this spot of black earth, vitiated with such an age-long growth of weeds, than joyful at the idea of again scenting her pine-forests and fresh clover-fields.

- Nathaniel Hawthorne, The House of the Seven Gables


As the time for leave-taking draws ever nearer, I look at everything around me with renewed appreciation, from sun and shadows on the sawgrass, tide and wind ripples on the water, to wildflowers only now beginning to flower along the roadsides. After so many weeks at home in this place, it will be hard to say good-by. It will be hard to pack the van, too, with twenty-five new paintings and with “his and hers” boxes of accumulated books to stow, along with everything we brought down with us. And then, what mountains of work await us back in Michigan! 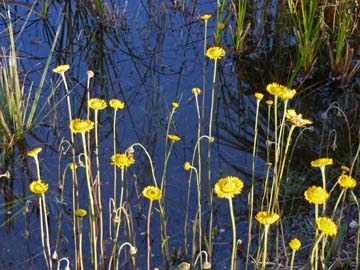 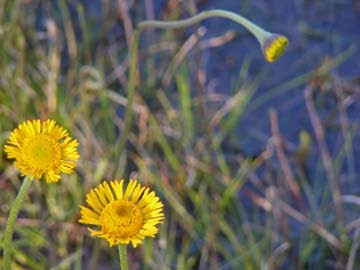 I have yet to read John Bunyan’s Pilgrim’s Progress. Since it was one of Benjamin Franklin’s favorites, I do intend to read it. So far, however, what knowledge I have of the story comes from Louisa May Alcott’s Little Women, and no one who knows that little American classic needs further explanation. For others (if there are any), the four March girls played at the “Pilgrim” allegory with physical burdens and in settings when they were very young. Grown to young ladyhood, the game became a metaphorical help to them along life’s way. (“Envying girls with nice noses” was one of Amy’s burdens, as I recall.) –All this to introduce where I find myself on a fresh, sunny Saturday morning: in the Slough of Despond! Why on earth? There must be more to it than dread of packing and sorrow at farewell.

Well, there was another unwanted birthday, and it might not have been the greatest idea on earth to do Claire Watson Garcia’s lesson (in Drawing for the Absolute and Utter Beginner) on “Drawing the Face, Frontal View” the night before. To engage in such close, searching, minute inventory of one’s own face! This, you understand, for someone who walks around the house or even outdoors while brushing her teeth rather than standing in front of a mirror, was (may I congratulate myself?) an extraordinary act of bravery, but the shock has not yet worn off. I glance in a mirror long enough to comb my hair and put on earrings. No makeup, so up to now I have been spared any longer, closer scrutiny. How strange and unnatural, then, to see myself as another object in the world, after a lifetime of being simply the center of my experiences! This is what others see.... If I am to sum it up in a single word, what I feel looking at my finished drawing, I must say it was sobering.

There is something else, too, I think, much less directly fastened to vanity though undoubtedly egoistic in its essence, and that is the let-down, free-floating, at-loose-ends anxiety that eddied in silently, like a fog, following my short-lived euphoria at having finished the first draft of my tenth and final short story for this winter’s cycle. The cycle came together (for better or for worse), and while it needs rewriting, perhaps extensive, a complete first draft is as much as I ask of a winter’s work, so that is gratifyingly. But where is the elation? 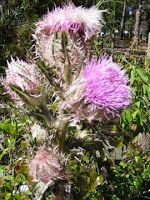 Asking myself this question, I am thrown backwards in time to another, long-ago spring. I was a senior in high school. Two years earlier an English teacher had pulled me and two other “little girls” (you know, the ones who don’t yet look like high school girls) out of our sophomore classroom and led us to the school’s huge old auditorium, where he had us stand on the stage, under the arched proscenium with its motto, the words of Diogenes, “The Foundation of Every State is the Education of Its Youth,” while he stood at the back of the house (as I later learned to call it) and urged us to “Project!” Stage-struck (not by that experience alone), in my senior year I auditioned for and was cast in the school’s contest play, Tennessee Williams’s “Camino Real,” which we took all the way from district to regional, finally winning first in state. Like the orchestra experiences I had enjoyed since fourth grade and completely unlike writing, it was a team effort, an ensemble production, so the euphoria was also shared. Heady stuff! But then, all at once, after all those months, after all those rehearsals and all those performances, after all that very intense time lived in the temporary family created by cast and crew, all of us living for one reason—the play—all at once it was over. Final exams and graduation loomed ahead on the horizon, and then jobs and college, and there would be no returning, ever, to the cocoon of that joyous time of creative work with those particular people on that particular play. 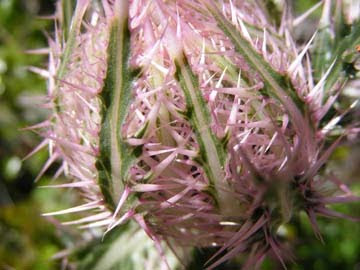 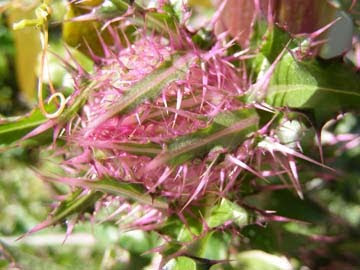 Writing is no less an activity than drawing or acting, and when fully engaged in activity we leave self-consciousness behind. Writing, we live for a while inside other skins. It is a shock to come back to one’s own skin, one’s own limitations, to see from the outside the imperfections of one’s own face or one’s own sentences. 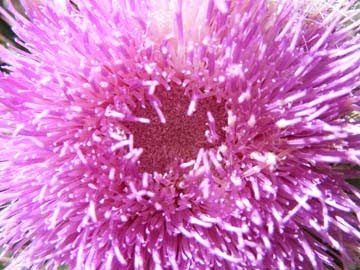 Oh lovely Florida, with flowers in bloom, warm sun flowing in the windows . . . But PJ, we are having sunshine here, too, and the big lake is showing all its colors and, and, and . . . there are Dutchmen's breeches!

There are Dutchman's breeches? That settles it--we're coming home! Actually, we are packed up and on the first leg of our travel today.