What Counts as a Gift? 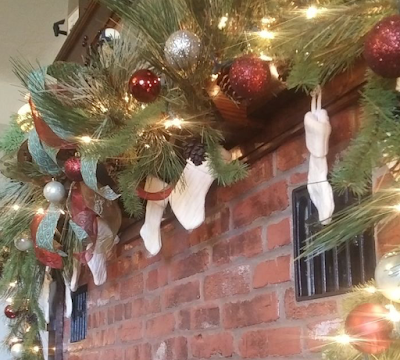 Last year on Christmas morning I told the Artist that I wasn’t able to wrap the present I wanted to give him. He had bought an old cello that was missing a bridge, and I told him the next time we went to Tucson we would go to a music shop and I’d have a new bridge put on the instrument for him, along with new strings, and that would be his gift. But we never had a chance to make the trip, and today the cello leans against the wall, untouched, in its case. 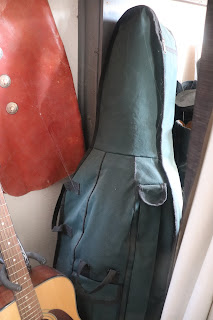 His 2022 birthday gift from me was supposed to be the first volume of Proust’s epic work, which he had finally been convinced (by another writer, not by me) that he wanted to read. I ordered it early and wrapped it and hid it away. When I took the package to the hospital the day after his last surgery, he said he would wait for his birthday, a week in the future, to open it. By then, however, he was in a coma, and when he woke four days later neither of us thought of birthday presents, so I still have that book, still wrapped, never opened. 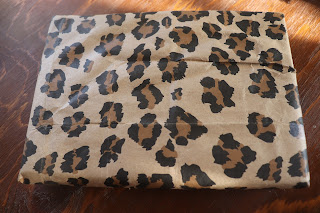 (Anyone whose life is as yet untouched by grief will no doubt have bailed out by now, and that’s okay. The rest of us, my continuing readers and I, are not having a “pity party” here: we’re only facing the facts of our lives and doing the best we can to keep living, day by day.)

I’ve been listening lately to Anderson Cooper’s podcasts on grief,

…a series of emotional and moving conversations about the people we lose, the things they leave behind, and how to live on - with loss, with laughter, and with love.

Not listening in the order originally recorded but choosing titles one by one. Four so far.

Anderson Cooper’s father died when Anderson was only 10 years old. His older brother committed suicide by jumping from their mother’s apartment balcony as the mother watched, helpless, afraid that moving toward him might precipitate the jump and hoping she could bring him back from the edge with words. That mother, Gloria Vanderbilt, lived on to the age of 95 but always kept her bedside calendar open to the date her older son died. In conversations with others who have known loss and grief of various kinds – deaths of parents, partners, siblings, their own children, some deaths sudden, others agonizingly slow – Anderson Cooper talks of his father's and brother’s and his mother’s deaths and the aftereffects on him as a survivor, both immediately afterward and continuing, as time goes by. His guests do the same with their losses. The conversations (each one different) are deep and moving as experiences and feelings are shared.

It can be really hard to open ourselves to grief, because -- who wants to deal with pain?  But over and over in the podcast conversations comes a truth I had to learn by experience (and in retrospect wish I could apologize to friends whose grief I failed to acknowledge adequately in the past), which is that – okay, two truths: first, that pain is unavoidable either way, whether we open to grief or try to keep our hearts closed tightly against it; and second, that acknowledgement of loss, along with opportunities to revisit the departed in conversation with others and, for many of us, in writing, while it may bring tears, also brings a degree of solace.

A much harder lesson – at least, for me, and Anderson Cooper says for him, as well – is to feel gratitude for one’s grief. Wow. Really! Gratitude in grief, along with grief – that I have felt all along, grateful for the support of family and friends and for the beautiful life the Artist and I had together for so long. But gratitude for the grief? (The idea came to Cooper from guest Stephen Colbert.) That’s harder. I’m not there yet. Not even close.

Or maybe I’m not thinking about it the right way? 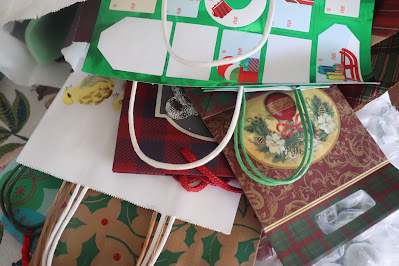 I can’t feel gratitude for the loss, certainly, cannot feel grateful that my husband died, but – for the feelings and insights that loss brought and continues to bring? Maybe? One of Cooper’s listeners mentioned vulnerability as grief’s gift, about being open to the world, open to other human beings, connecting on deeper levels. That grief and love are inseparable: if we love, sooner or later we will grieve; if we grieve, we have loved and continue to love. 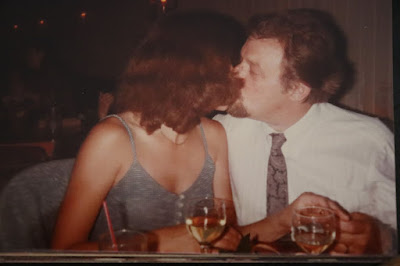 Next question: How does grief, for you, fit into the holidays? I’m working on that one, too.

I would not raise these questions on my blog if I thought they were mine alone, but I know others struggle with the same questions, and maybe we can help each other -- if only by acknowledging together the questions we face. Because maybe none of us has answers. Or maybe what is an answer for one person is not an answer for someone else. I don't know!

Anyway, as always, thanks for reading.

So thoughtful; I liked reading Anderson cooper’s reflections on grief…

So many aspects and layers to grief, Pamela, and you discuss them beautifully and deeply. I lost my dad when I was 30, and he was 55. Way too young for him to go. Part of my grief process learning over the years, especially as I matured, has been to realize the impermanence of life and to try to live each day to its fullest. That has been grief's gift to me.

I am listening to Anderson Cooper's podcast on grief too, thank you for the link. I am not listening in any order, just what strikes me. I listened to the one with Stephen Colbert last night...the concept of being grateful for the grief is difficult for me as well. I had to listen to parts of it twice while I thought about it. I'm still thinking about it. I am not grateful my mom died suddenly and 5 month later my dad was killed. But I AM grateful that those experiences make me more open to other people's grief, more sensitive. And I'm grateful for the people I've met because of the experience. So in that sense, the grief is a gift because it's made me who I am today and I think I am a stronger but more sensitive person. Still. I'd rather have them back.

I am still not seeing grief as a gift. I see the years I had with my love as a gift, all the friendships we made together, our rich life of art and books and imagination and shared stories and everything else. I see life itself as a gift, and yes, I understand that the person I am today was formed of all my experiences. Would I be less if my husband were still alive? That I don't see. We had lost each other for five years and thought it was forever, so coming back together again was like a miracle and definitely a reason not to take time together for granted. I guess I am going to let this struggle go. Grief is grief. Life is the gift. That's where I'm resting now.