Dear Friends, What Are We Telling Each Other?


[Those photographs above have nothing to do with my topics today.]

How do you understand fiction? As truth or make-believe?

Jane Austen’s first four works of fiction were all epistolary novels, fiction presented as a series of letters between characters. One of the four was First Impressions, a precursor to Pride and Prejudice, and the later, iconic version of the Bennett girls’ story, while going beyond a collection of imagined letters, still relies on fictional correspondence (40 letters given in whole or quoted from in part) to advance the story at several pivotal junctures.

Recall, for instance, that the character of Mr. Collins is introduced, before he appears in person, by the first letter he writes to Mr. Bennett, a letter Mr. Bennet reads to his family at the breakfast table. Darcy’s explanation of his reasons for separating Bingley from Jane, as well as his own family’s history with Mr. Wickham form the longest letter in the novel. And Jane’s letters to Elizabeth about Lydia also function as would expository dialogue in a stage play, recounting events that neither sister witnessed personally.

The Postmistress, by Sarah Blake, is not an epistolary novel. It is neither composed of letters, nor are letters the main subject. The book is, as any novel must be, about life as experienced by the characters on its pages. Written correspondence, though, does play an important part in those life experiences at that time. Reliance on the post is crucial in The Postmistress, as letters were still the most important and common means of communication for people separated by long distances during World War II, the period of the novel. Moreover, as the title indicates (though she is called postmaster in the text, and that is eventually explained), one of the principal characters is Iris James, the government employee in charge of the U.S. mail in the small seacoast village of Franklin, Massachusetts. Iris takes seriously her responsibility to maintain an orderly post office.

…The broad wooden sorting table was cleared for the morning’s mail. If there was a place on earth in which God walked, it was the workroom of any post office in the United States of America. Here was the thick chaos of humanity rendered into order. Here was a box for each and every family in the town. Letters, bills, newspapers, catalogs, packages might be sent forth from anywhere in the world, shipped and steamed across water and land, withstanding winds and time, to journey ever forward toward this single, small, and well-marked destination. Here was no Babel. Here, the tangled lines of people’s lives unknotted, and the separate tones of voices set down upon a page were let to breach the distance. Hand over hand the thoughts were passed. And hers was the hand at the end.

What lines to thrill the hearts of those who still write and send handwritten letters! There have been many novels in which a postmaster (or postmistress) appears, but has there been one before Sarah Blake’s novel to make that character and her work so essential to the story?

There are other characters, of course. There is the doctor’s young pregnant wife, who comes daily to the post office at 4 p.m. looking for that day’s letter from her husband, and there is the doctor himself, who after losing a patient has left his wife behind in Franklin to offer his services in London during the Blitz. There is the postmistress’s lover. And of course there is Frankie Bard, reporter, who, when she sees the doctor she has just met killed in a London street, rescues from the street the last letter he wrote to his wife. Soon after that, Frankie lands a long-desired assignment and is sent to travel Europe by train to “get the story” on refugees from Hitler’s Germany. After seeing one of the refugees, a young Jewish man whose voice she had recorded less than an hour before, shot to death before her eyes, however, she begins to think that recording voices is more important than any story she can shape.

“Maybe people talking, just being there, alive for the minutes you can hear them, is the only way to tell something true about what’s happening over here. Maybe that’s the story,” she finished, “because there’s no way to put a frame around this one, no plot.”

I began writing this post before finishing the novel, having read by then about two-thirds of it and, pausing to write about what I had read so far, I was struck by the difference between the living voices preserved on tape and the thoughts of the letter-writers preserved on paper and how and why the author foregrounds both in her story. Did she find the recordings of voices truer than the letters? It seems to me that the letters – No! Yes! We have Iris’s thoughts on this in my first quoted passage above! The letters do not contain stories shaped by someone else for an international radio broadcast: no, each letter contains a single voice, one person speaking to another, “voices set down upon a page … to breach the distance.” In that, the recordings (individuals telling their stories to Frankie, face to face) and the letters are alike. But in both cases the voices and thoughts shared are preserved, so that the one-on-one intimacy can be experienced by later listeners and readers.

My mother always used to call them “the wee hours,” those dark hours between midnight and first light. That’s when I woke and finished reading The Postmistress, and this morning I have a few vague thoughts on truth and story-shaping -- because of course the author has shaped a story, bringing together characters that coincidence would have been challenged to unite in real life – but I want to change direction here and leave the novel and World War II to bring attention to the United States Postal Service today.

Have you been following the story on proposals for banking through our nation’s post offices? Here it is. If you are not old enough to remember the Sixties, postal banking may be a new idea to you, but it is not a new idea for the USPS, and it flourished until Lyndon Johnson abolished it in 1966 to "streamline" the USPS. (How much influence did the banking industry have on this presidential decision? One cannot help but wonder.) Now, with branch banks closing across the country and only online banking available to many Americans – and only to those who have easy, daily, affordable access to the Internet – the old idea is being revived. Bankers are against it, but bankers shouldn’t decide everything in American lives. Here is some of the history of postal banking. Read about it, please, and think about it.

If you have read my blog much in the past, you may know that I have always been a big supporter of the United States Postal Service. (If interested, see more here.) For me, it is not a nice option but an absolute necessity of life, personal and civic. We have one of the safest and most efficient and economical government postal services in the world. Not only are bankers against it, but the whole “government-is-bad” crowd would rather see privatization of everything. How about you? Would you trust a payday lender over your local post office?

Thanks for reading today! – And now go write and mail a letter!!! 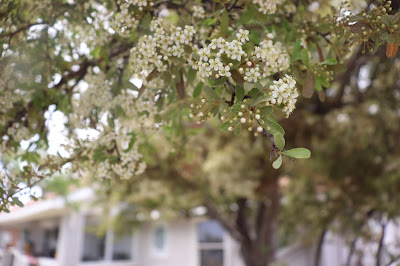 Well, it isn't quite that there are NO comments but that comments come to me in other places than here. Facebook comments are one way, e-mails another. This morning I have two e-mails on this post that I want to share here. Perhaps because both commenters are book authors, they are shy about putting their names out on my blog, concerned that other readers might think they are self-promoting. Since such is not the case, however, I am taking the liberty of copying and pasting their messages here.

First, "Thank you ...for the incredible column on letters and recorded voices and the postal service springing from your reading of 'The Postmistress.' I am grateful for the way you connected the novel's focus to the present moment of crisis with USPS. So appreciated it all."

Then (and here I quote only the first part of the message): "Love your blog today, loved that novel when I read it, and yes, bringing back banking to the post offices would be terrific. The past administration savaged the postal system. Was that all about mail-in ballots? Or the mania for privatizing? I've spent most of my adult life waiting for the mailman to bring something exciting and for many years my dearest relationships (even romantic ones--don't ask!) were epistolary."

I suppose postal service is particularly dear to our reading/writing crowd, but every time I visit the post office, wherever I am, I see plenty of ordinary people whose lives are being made easier because they can take care of business face-to-friendly-face. And this is part of our American heritage!

"I enjoyed this post very much. I had a saying when I helped move the mail in Ann Arbor and Traverse City....' We move mountains every day.' Indeed I did move an amazing amount of mail day in day out, year in year out, walking through all kinds of weather, drenching rain, snow and ice but also beautiful days. I remember walking many miles along a golden carpet and canopy of leaves on sunny fall days. It was the best of times and the worst (blizzards) of times. In more than thirty years the mail was stopped only a few times because vehicles couldn't more. Some of us still walked out."

Walked out on their routes, that is, right, Steve?